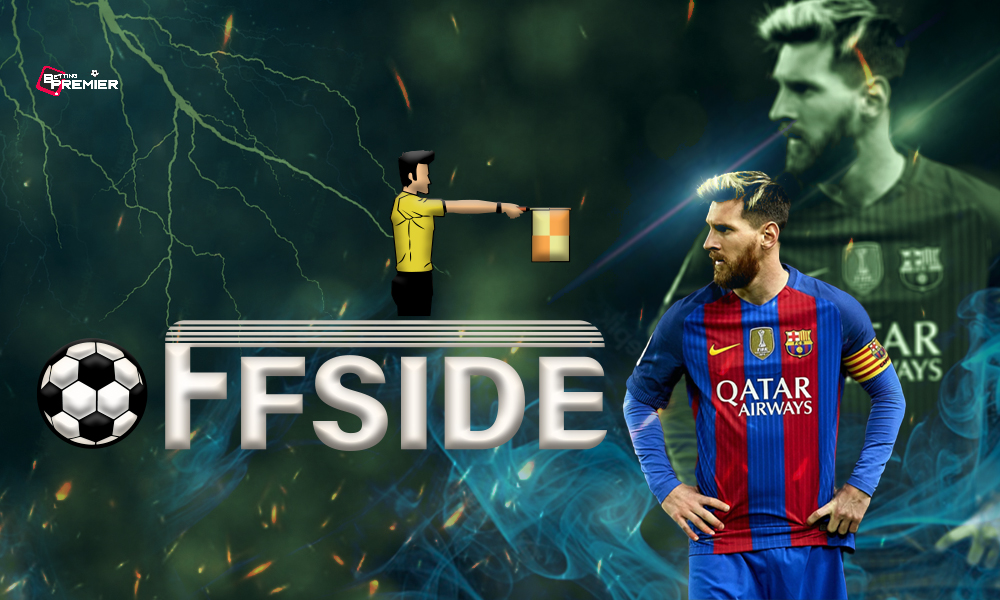 “Yeah I get the game and all, but what’s offside?” is a question one can expect from a new fan of football. It might take him or her a couple of matches to get a hang of the offside rule, arguably the only rule of the sort that applies on the field in an otherwise lucid game. The problem of players lingering on the opposite goal-front waiting for opportunities to score was prevalent right from the inception of the beautiful game, leading to the rule being introduced way back in 1863 along with others when The Football Association (The FA) was formed. The rule was too much to handle for the forwards back then, as it required them to be behind – not level with – three of the opposition players including the goalkeeper to be deemed onside. It was not until sixty-two years later that the rule was amended, cutting the forwards some slack, needing them to be behind only two players instead of three. Towards the end of the 20th century, the rule was amended once again, requiring the attacking player to be only level with the second-to-last player (typically a defender) to be onside.

The tactic of trapping the attacking players under offside by means of the last defenders moving up the field just before the ball is played to the former was pioneered by Notts County in the early twentieth century. It was later adopted by the influential Argentine coach Osvaldo Zubeldia whose team successfully executed the tactic leading to the same coming to be used by more and more coaches. Arrigo Sacchi, the successful former AC Milan coach, went a step ahead and developed a more systematic way of executing the offside trap, a coordinated defensive play by keeping a high defensive line. The tactic requires near-perfect execution as the team is running the risk of leaving the goal exposed to potential forwards who might break the trap, say, by anticipating a through ball and making the flawlessly-timed run. However, Sacchi demonstrated the effectiveness of the strategy by coupling it with a high-pressing system that focused on attacking while prioritizing the need to maintain defensive solidity.

Officiating a football match is no piece of cake even today with all the state-of-the-art facilities used like Video Assistant Referees (VAR) and goal-line technology. It takes a great deal of concentration, confidence and emotional control besides physical abilities like mobility and positioning to successfully officiate a football match. It might seem like an obvious call on the Television screen but referees come with all shortcomings of man, they are prone to making errors once in a while. Referees themselves are aware of it and the likely and oftentimes harsh criticism puts huge pressure on them especially while officiating matches that are watched all over the world. There being no shortage of refereeing errors even today, one can only imagine how difficult a job it must have been when the technology was not as advanced. Of all the calls that are hard to make, offside sits at the top on account of the necessity to cover a wide area of the ground. The main referee will be of the notion that the linesman has got his back when it comes to a player being offside and interfering in the game. But linesmen make wrong calls as well even when they manage to keep level with the second-to-last defender because of the close nature of the rule. The referee’s call was final until VAR was introduced very recently, and you know the nature of football; one wrong decision is all it takes to reverse the outcome. VAR is not without criticism either, there is still ongoing debate mostly regarding the relevance of technology in variedly subjective scenarios on the ground.

Wrong offside calls have changed the outcomes of matches from time to time, the Leeds vs West Brom match in the 1970-71 Premier League season is one such instance. Leeds United were amid a title challenge going into this game. The Leeds defence had stopped their efforts when the West Brom player Colin Suggett was signalled offside by the linesman. But to everyone’s bewilderment, the main referee Ray Tinkler inexplicably ruled out the offside call and cost Leeds the game and ultimately, the title. Arsenal won the league, leaving the Leeds United managers and players devastated.

It was thought that the introduction of VAR would completely solve the problems pertaining to offside, given its objective nature. Unlike other decisions like penalties, fouls and possible red cards which can be subjective and might need the referee to take another look even after VAR has intervened, offside calls came to be made easily by VAR without further consultation with the main referee. Either you are offside or you are not. So was the enigma around offside solved once and for all? No. Many managers and pundits have argued that using VAR all the time is often against the spirit of the game and sometimes you have to go with the main referee’s call. When Manchester United took on Huddersfield in the FA Cup back in 2018, Juvan Mata’s goal was disallowed as the VAR check found that the Spaniard’s knee-cap was just in front of the last defender. A major part of the post-match discussion was centred on whether or not VAR should have been used. Innumerable marginal decisions by line referees have been ruled out since VAR came into existence. In the 2020-21 Premier League season alone, 32 goals were ruled out in the manner. The attacker no longer enjoyed the benefit of the doubt. However, the Premier League now uses the system brought in by UEFA in the Champions League and Euro 2020, reintroducing the benefit of the doubt on marginal offside. An attacker will not be deemed offside because his nose or toenail is past the line. This is not going to be the end of the debate. There will be controversial incidents in the future and more amendments to the rule.