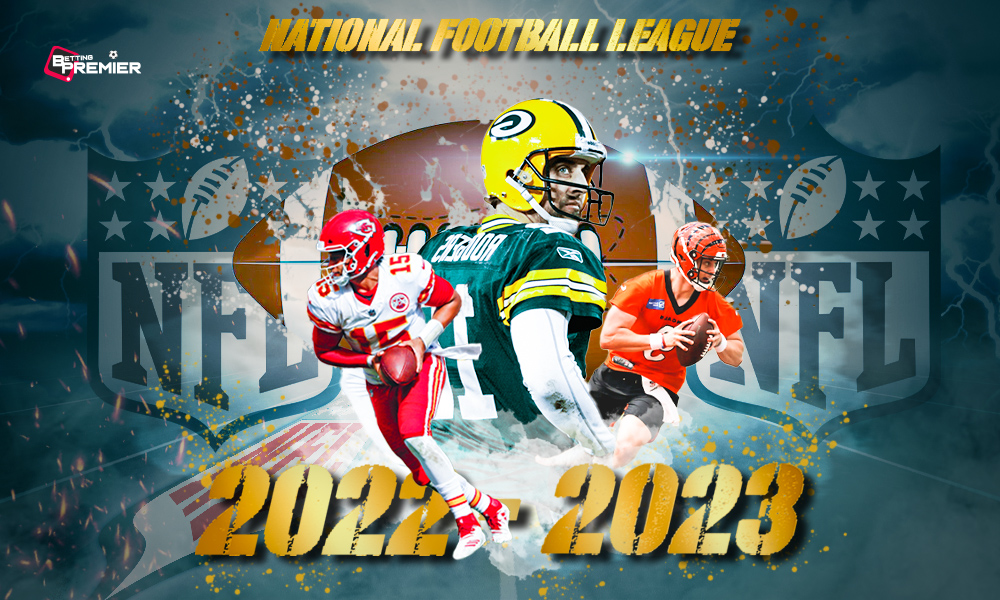 A brand-new NFL season is almost upon us, fans are super excited as the chaos caused by the COVID-19 pandemic has virtually subsided. G.O.A.T. Tom Brady called it a career but immediately changed his heart much to the joy of the football world. The season kick starts on September 8, 2022, with the regular season coming to an end on January 8, 2023.

The playoffs will begin on January 14 and culminate in Super Bowl LVII to be held on February 12 at State Farm Stadium in Glendale, Arizona. The Los Angeles Rams emerged the victors last season by edging the Cincinnati Bengals 23-20 in Super Bowl LVI owing big time to veteran quarterback Matthew Stafford.

The saga of Aaron Rodger’s future at Green Bay has rolled into a third offseason. The Washington Football team will henceforth be called the Washington Commanders. Notable players to change teams in free agency include quarterback Marcus Mariota from Las Vegas to Atlanta and running back Chase Edmonds from Arizona to Miami.

Major trades include QB Russel Wilson from Seattle to Denver in exchange for QB Drew Lock. A couple of rule changes are in place for the 2022 season. In the wake of recent incidents, both sides will now have one possession in overtime in the postseason. Also, the experimental rule change that limited the receiving team to nine players in the set-up zone on kickoffs has been made permanent.

In the US, one of the six national networks like Fox NFL, ESPN, ABC, NFL Network, CBS, and NBC will broadcast games in the regular season. Playoffs and Super Bowl will be available in Fox NFL, NFL on CBS, ESPN, ABC, and NFL on Westwood One Sports.

Channels like CTV, CTV2, TSN, and RDS telecasts the games in Canada.

In the UK and Ireland, Sky Sports NFL and the OTP channel Now cover all the games of the NFL season 2021-22.

The international audience can get access to the games through the NFL game pass in the online platform. The annual subscription offers NFL RedZone Live and NFL network live in addition to the games.

Week 12 will see New York Giants battle with Dallas Cowboys on Thursday in the NL Football Schedule. This game will heavily influence the club that emerges victorious in the competitive NFC East division. At MetLife Stadium in Week 3, Dallas defeated the Giants by a score of 7 points, but Rush was the quarterback at the time. In his career versus the Giants, Dak Prescott has thrown 21 touchdown passes as opposed to only 5 interceptions. Here, he will make a difference. After the way the Giants played against the Lions in Week 11 and the way the Cowboys destroyed the once-unbeaten Vikings, this eight-point spread looks like a lock for Dallas. Cowboys have the opportunity to highlight the Giants’ recent streak of good luck, which has paralleled the Vikings for much of the season. Take Dallas to win.

New England Patriots and Minnesota Vikings will clash on Thursday in the National League fixture for Week 12. When the Vikings defeated the Buffalo Bills in Week 10, they accomplished their goal of winning their first match against an AFC East opponent. The legitimacy of the 8-1 Vikings team is without question. In this game, New England will be able to hang around. That should debilitate Justin Jefferson and the Vikings’ most potent offensive tool. Luckily for Minnesota, Dalvin Cook has already rushed for more than 700 yards and six touchdowns. In this close race, he’ll show to be the differentiator. The Patriots squad has been all over the place this season. So it seems like a horrible matchup for New England despite what turns out to be a nasty loss for the Vikings. Minnesota will be able to gather itself and make a solid comeback to defeat the Patriots. Consider Minnesota on ML.

Denver Broncos will play Carolina Panthers on Sunday night football in the NL schedule for Week 12. It should be a competitive contest between these two underachieving squads. But Week 12 would undoubtedly be when Denver’s offense would start to awaken. Russell Wilson and company have a tremendous opportunity since the Panthers are among the top nine teams in terms of total points and yards allowed per game. Denver’s defense, which is No. 2 in total yards allowed and No. 1 in points allowed, may help this team win. Denver should win since Carolina’s quarterback situation is unknown. Even so, this is a terrible matchup, but Denver can turn things around against a Panthers team in complete collapse mode. In Week 11, Carolina caused Baltimore some problems, but the Ravens eventually pulled away.

New Orleans Saints will be up against the San Francisco 49ers on Sunday for Week 12 matchup in the NL. The 49ers must keep winning games to be competitive with the Seattle Seahawks in the NFC West. Christian McCaffrey’s presence has considerably benefited the squad, which has won two of the three games he has played. On the other hand, the Saints team is still determining which team will turn up. Although they engaged in a shootout with the Los Angeles Rams in Week 11, they have only scored 20 points or less in four games.

It becomes a fifth due to San Francisco’s defense. The 49ers might have a letdown after their crucial divisional victory over Arizona and before they take on the Dolphins and their former offensive coordinator in a critical conference matchup. However, the 49ers combine at the ideal moment and are unquestionably superior to the Saints. Arik Armstead’s return would help San Francisco against the inconsistent Saints offense. Pick the 49ers to win the ML.

Los Angeles Rams are to have a match with Kansas City Chiefs in the National League on Sunday for Week 12. The Los Angeles Rams still appear to be a very different group from the one that swept the Super Bowl in February. Entering their Week 12 matchup with the Chiefs, Los Angeles had dropped its previous four games. The Chiefs, in contrast, have won three straight games and are on the upswing. Without Cooper Kupp, LA’s offense is unable to stay up. Before the Thanksgiving break, the Rams are in disarray. They have dropped four in a row after Week 11’s 27-20 loss to the Saints. As a result of being put into the concussion protocol, Matthew Stafford’s availability for Week 12 is questionable. The Chiefs’ matchup against the Chargers in Week 11 will be broadcast on Sunday Night Football from Los Angeles. Before that game, Kansas City leads LA by a two-game margin. Here, take the Chiefs to win in this particular matchup.

Green Bay Packers are going to battle with Philadelphia Eagles on Sunday in the NL fixture for Week 12. This match has all the makings of becoming a blowout. Philadelphia is still 2-1 in that time, even if they’ve had to scrape by with some grittier performances in the previous three weeks. Meanwhile, the Packers have dropped six out of the last seven games. The issue is even more critical given that Aaron Rodgers and the team scored only 16 points per game on average throughout those defeats. Week 11 saw Jalen Hurts return his club to the winning column, and the Eagles’ attack is once again in peak form. However, the Eagles have had difficulties recently. In this challenging time for Philadelphia, Green Bay ought to be able to maintain the lead. However, back the Eagles to cover.

Pittsburgh Steelers will play against Indianapolis Colts in the National League fixture on Sunday for Week 12. The Steelers returned to winning ways in Week 10 before a challenging matchup with the Bengals in Week 11. Both teams struggle offensively, but the Colts’ resistance makes a big difference. For rookie quarterback Kenny Pickett, the fact that Indianapolis permits the 10th-fewest yards in the NFL is enough to give him trouble. Despite not having coaching experience, Jeff Saturday is making good progress in Indianapolis. Although Pittsburgh kept up with Cincinnati, their football squad could be more outstanding. It is wise to put the stakes on the home team. Colts could have an easy time winning.