The 2022-23 Europa League will kick start on Sep 8. This is the 52nd season of Europe’s Secondary club. The Finals will be on the stage on 31st May 2023 at Puskas Arena in Budapest. Eintracht Frankfurt, holding the title of the Europa League, is qualified for the 2022-23Champions League.

The Europa League 2022-23 will totally feature 32 football teams. Manchester and Arsenal are the two main clubs among those. The competition is going to be really tough as the League holds more super-quality teams. The winners of this season will be seen in the 2023-24UEFA Champions League. Thursday’s match will feature big clubs on the stage, and the crowd is all set for the tournament. 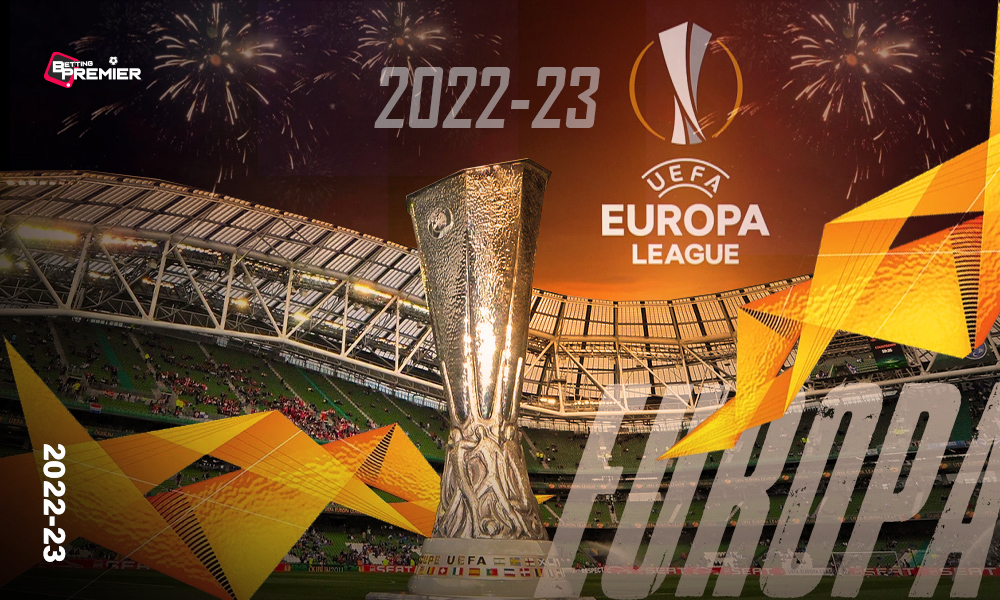 BT Sport will air the Europa League final on TV in the UK.

CBS sport is the broadcaster of the Europa League in the United States.

Those in Canada can tune in to DAZN for live action.

For the fans in Germany, RTL is the exclusive destination.

NENT and TVP will broadcast the final in Poland.

According to bet365.com, the betting odds for the major teams to win this year’s Europa League trophy is listed below:

Check out the weekly odds of UEL matches in the table below:

AS Monaco vs FK Crvena Zvezda

The AS Monaco and Crvena Zvezda are going head to head on the Matchday 6 of the Europa League fixture at Stade Louis II. The previous match of Monaco ended in a 1-1 tie against Ferencvaros. In the last four games, Monaco has scored. In their last ten games in all competitions, the Monaco team has suffered only three defeats, which is respectable. In the first meeting between AS Monaco and Crvena Zvezda, Monaco prevailed 0-1 on the scoreboard. Monaco can win this match as well if they use their superior quality. In the meantime, Aleksandar Katai and Aleksandar Pesic scored goals for Crvena Zvezda in their 2-1 victory over Trabzonspor. The Crvena squad has won five straight games. In their last four games, they have scored eight goals. They have a better probability of scoring in this game as well.

On Matchday 6 of the Europa League match at Estadio Municipal de Anoeta, Real Sociedad will square off against Manchester United. This match will be more fascinating because both sides are strong competitors. Real Sociedad defeated Omonoia 0-2 in their last Europa League match thanks to goals from Robert Navarro and Brais Mendez. Real Sociedad has only lost two in their previous ten games, which is remarkable. In the last five Real Sociedad away games, 11 goals have been scored. In this match, Real Sociedad has a greater chance of winning. The Real Sociedad team’s only issue is that they have numerous injured players, which makes it challenging for them to select a better lineup. Meanwhile, the Real Sociedad team faces stiff competition from Manchester United. In eight games, Man United is unbeaten. But to their dismay, Man United has given up goals in five straight games. Additionally, they lost Anthony Martial, Axel Tuanzebe, and Raphael Varane, three of their crucial players, due to their injuries.

On Matchday 6 of the Europa League match at Emirates Stadium, Arsenal and FC Zurich will share the field. The Arsenal team enters the match coming off a 2-0 defeat to PSV in the Europa League. However, despite their previous loss, the Arsenal team managed respectable performances in their previous games. In their last ten games, the Arsenal team has only suffered one defeat, which is pretty admirable. They have also won five consecutive at home. In their previous meeting, Arsenal defeated Zurich 2-0, and it is anticipated that they will do the same in this game. On the other hand, Zurich enters this match after overcoming Bodo/Glimt 2-1 in the Europa League. FC Zurich has scored in its last three contests. Unfortunately, though, their most recent games did not result in a triumphant conclusion because it is unfair that the Zurich club has only won two of its previous ten games. FC Zurich is off to a terrible start to the year. They, therefore, need some time to recover and play at their peak.

The Real Betis goes head to head with HJK Helsinki on the Matchday 6 of the Europa League fixture. The previous meet between these clubs ended in a 0-2 loss for HJK. Real Betis enters this match following a 1-0 victory over Ludogorets in the Europa League. Real Betis has scored in their last three games, and they have only suffered two losses in their previous ten games, which is admirable. Real Betis can easily score if they focus correctly during this game. Due to their injuries, Victor Camarasa, Jimenez Juanmi, Luiz Felipe, and Joaquin will not be on the Real Betis roster. The HJK team, however, enters this match following a 1-2 loss to Roma. It is unfair that the HJK Helsinki has dropped their last three games. Since they have only scored one goal in their last three games, they appear to be in the wrong place and are not paying much attention to their goal-scoring mindset. They need some sort of rebound in this fixture. Due to their injuries, Miro Tehno and Jukka Raitala will not be participating in the HJK team.

On Saturday, Bodo/Glimt and PSV will square off at Aspmyra Stadion in a Europa League matchup. These two clubs’ previous meetings resulted in a 1-1 tie. Bodo/Glimt is at the bottom of the standings and will likely be demoted. However, their most recent scoring appears to be highly intriguing. In four straight games, the Bodo/Glimt team has scored. In their last four games, they have scored fourteen goals, which is pretty impressive. They stand a high chance to score in this fixture as well. The PSV team, on the other hand, enters the match off a 2-0 victory over Arsenal. PSV has scored at least twice in each of the last three games, demonstrating that their goal-scoring power is on the rise. The PSV side has also won seven of their last ten games, and they have a better chance to pick up another victory in this fixture.