The Serie A is a professional league competition for football clubs located at the top of the Italian football league system and the winner is awarded the Scudetto and the Coppa Campioni d’Italia.

It is regarded as one of the best football leagues in the world and it is often depicted as the most tactical national league and was the world’s second-strongest national league in 2014 according to IFFHS. Serie A is ranked 3rd among European leagues according to UEFA’s league coefficient, behind La Liga and the Premier League, and ahead of the Bundesliga and Ligue 1. This benchmark is strictly based on the performance of Italian clubs in the Champions League and the Europa League during the last five years.

The 2019-20 Serie A also known as the Serie A TIM for sponsorship reasons, is the 118th season of top-tier Italian football, the 88th in a round-robin tournament, and the 10th since its organization under an own league committee, the Lega Serie A.

The season is scheduled to run from 24 August 2019 to 24 May 2020. Juventus are the current champions, and have won a record of 35 titles. Juventus were the seven-time defending champions and defended their title after winning against Fiorentina on 20 April 2019.

How to watch Serie A Online?

In the UK, live coverage rights of Serie A are with Premier Sports, which has retained the rights for the 2019-20 season and has its own dedicated app which lets you watch all this action on the go.

In the US, streaming service ESPN+ will carry an average of nine matches live each week, while ESPN networks will televise a Serie A Match of the Week.

Online sports upstarts DAZN now have the rights to show live Serie A matches in Canada.

For viewers in Australia, you need to be a subscriber to beIN Sport who have secured exclusive live coverage rights to the league for this season.

For viewers in New Zealand, subscription service Sky Sport is the sole rights holders for live coverage of Serie A in New Zealand this season.

In India, Sony Six and Sony ESPN will once again broadcast Italian football for the coming season whereas the SonyLiv mobile app streams live matches on the move.

The following matches are scheduled to take place this week, with odds derived from the bet365.com site:

The breathtaking Matchday 28 concluded with Milan triumphing 2-0 against the Romans, registering a historic win at the weekend. As for the Serie A table, Juventus still lead from the top with 69 points winning each game that comes in their way. Trailing them close are Lazio and Inter, waiting for their opportunity to climb the ladder. But there’s a lot more than that to the Italian league, with Atalanta and Napoli making every possible step to progress ahead of Matchday 29.

Torino have won just one of their 3 Serie A matches since the restart, as they look to take on league giants Lazio on Matchday 29. Their last home win 1-0 over Udinese, was their only success in the last 10 matches with them conceding first in 5 of those losses. On the other hand, Lazio beat Fiorentina on Saturday, making it 5 matches in a row to see them score more than 2 goals. The visitors have won 4 of their last 6 away fixtures and they won’t spare the hosts considering their current situation. 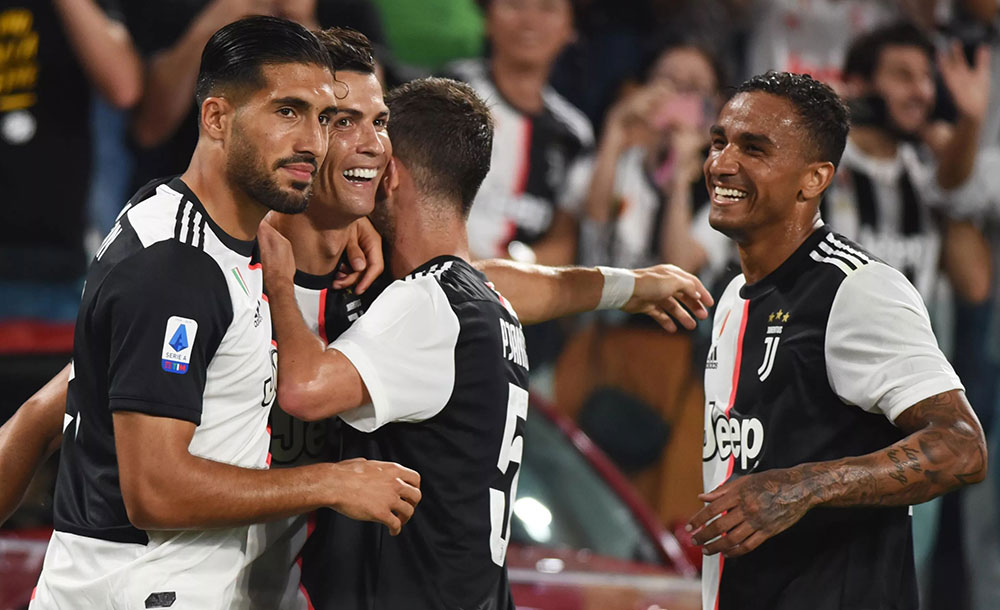 With just one point separating them from the relegation zone, Genoa host Juventus on Matchday 29 with 4 of their 6 wins coming at home. Juventus have won 5 league matches in a row and they have opened the scoring in 10 of their 14 away matches. Maurizio Sarri’s men are usually tight when it comes to away games, with 7 of their 9 league away wins yielding a one goal margin. Leading the table from the top, Juventus seem to be in rock solid form and this will be just a walk in the park for them. 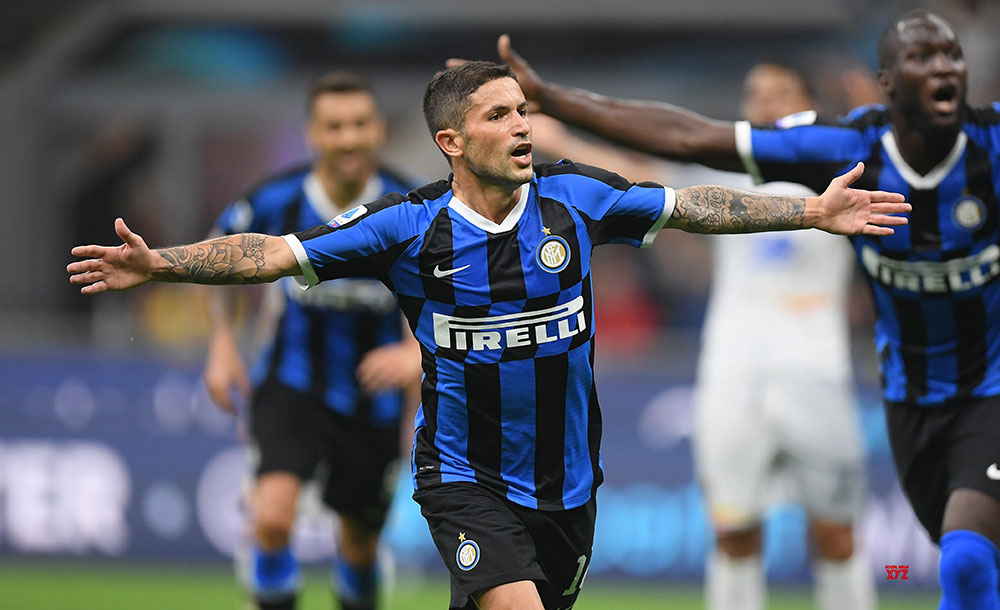 A comeback win over Parma has revived the Scudetto hopes for Inter, as they host Bresica on Matchday 29. The hosts are 8 points behind league leaders Juventus ahead of this clash and they have no other choice but to go all guns blazing at Brescia. Antonio Conte’s troops regained a much needed confidence at the weekend and they should not find it hard to beat the relegation strugglers at home. Since Brescia has slim chances of securing survival, a home win for Inter is on the way.

SPAL will be battling it out against visiting AC Milan at Stadio Paolo Mazza on Matchday 29, as they look for an improved result here after the loss in their last game against Napoli. A succession of impressive performances from Milan’s defensive players has improved their status in the table. Over their past meetings, SPAL have faced disappointments without any victories at all whereas AC Milan have won them all. The visitors are likely to repeat their form here as they clearly have the upper hand. 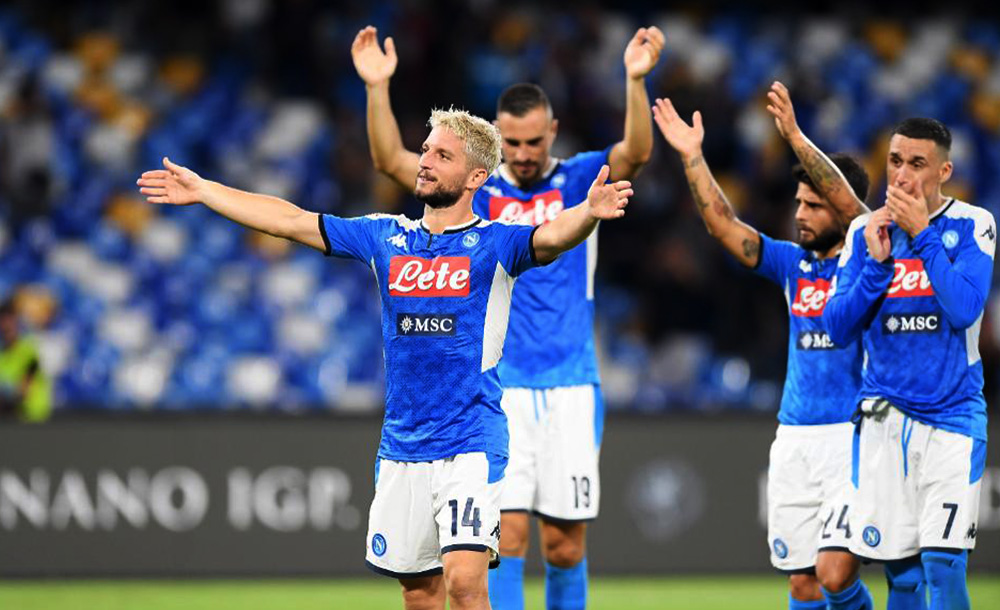 At Stadio Atleti Azzurri d’Italia, one of the tightest fixtures of Matchday 29 will take place when Atalanta and Napoli clash against each other in the Serie A derby. The Orobici have been scoring goals for fun and they are likely to stick to their attacking style of play against the visitors. On the other hand, Napoli have been producing splendid displays ever since they restarted the season. But they have already booked their place in the Europa League, which gives more reason for Atalanta to win this fixture.

After a loss 2-0 to Milan in their last game, Roma will make sure that they compensate well when they take on Udinese at Stadio Olimpico on Matchday 29. It ruined Roma’s Champions League hopes, but the Giallorossi still have the chance to make it to the Europa League. The visitors experienced all sorts of problems at the back in a loss 3-2 to Atalanta and they have failed to win their last 9 games. As for the Romans, winning at home has always been a pleasure and they have this game perfectly in their corner.