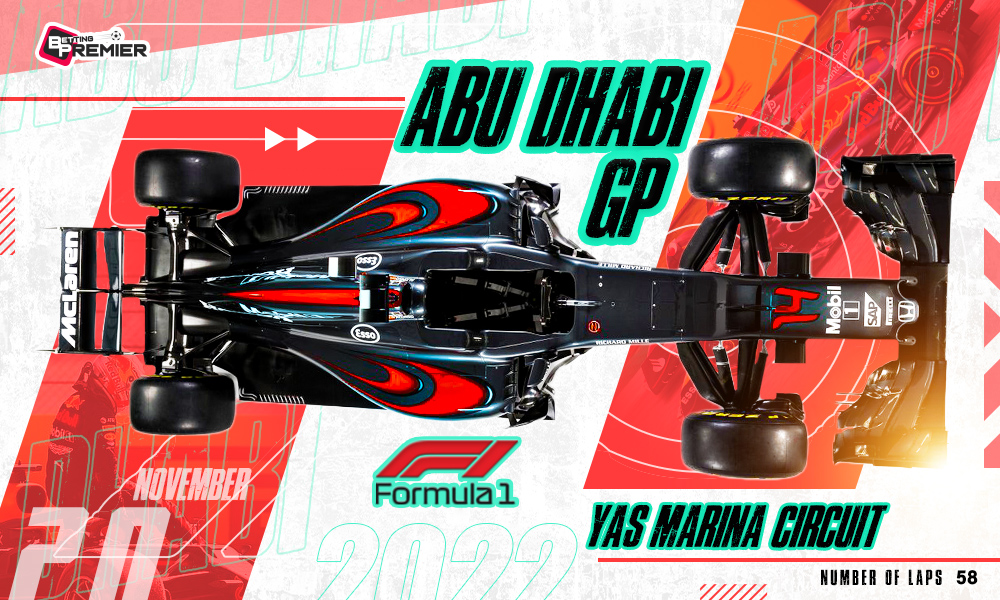 The 2022 Formula One season will conclude with the Abu Dhabi Grand Prix in a few days, and what a season it has been. The famous Yas Marina Circuit will host the 2022 Abu Dhabi at 13:00 on Sunday, November 20. When a safety car restart occurred in the race’s closing stages last year, there was a lot of debate around the situation. Lewis and Max entered the competition with fantastic neck-and-neck scores. The race was won mainly by Hamilton, who had a great start. However, when Verstappen passed Hamilton on the penultimate lap to grab the lead and win his maiden championship, he appeared all but certain to win his eighth championship. Although Max Verstappen has already been crowned the overall Driver’s Champion for 2022, racers and constructors will be hoping to finish the season on a high note.

Max Verstappen holds the fastest lap record of 1:26.103 in 2021 on a circuit track with a distance of 5.28 km. The Yas Marina Circuit got established in 2009, and the first Grand Prix was held in the same year. It has 58 laps and a 306.1 km race distance. The 1.2 km stretch between Turns 5 and 6 is the most prominent feature of the Hermann Tilke-designed course. Its beginning and end are marked by slow-moving curves, making it a prime location for overtaking maneuvers. The challenging run from Turns 10 & 11 toward Turn 12 is another highlight, requiring the drivers to stop fast while carrying a significant amount of lateral load. The course was modified before the 2021 event, cutting the lap length significantly to 5.28 kilometers and increasing the excitement the track provides. Scroll down to read BettingPremier’s take on the event.

Sky Sports and C4 are the official broadcasters of Formula 1 in the United Kingdom. Sky Sports F1 online platform will stream the races.

Star Sports network will air the event in the Indian subcontinent. In addition, the Disney+ Hotstar app will also live stream the entire F1 race weekend.

Fox Sports, Foxtel, and Kayo will broadcast the live event in Australia.

Japan will see Fuji TV and DAZN broadcast the event.

Fans in Netherlands, Estonia, Finland, Iceland, Latvia, Lithuania, and Sweden can witness the races on the Viaplay network.

Canal+ is the go-to network for the people of France.

In addition, bet365.com offers live streaming of the event for active bettors on race day.

Note: Abu Dhabi is 4 hours ahead of UTC. The timetable is subject to change.

In the previous event in Brazil, Mercedes’s George Russell (26 points) sped past champion Verstappen (8 points) and his Red Bull counterpart Sergio Perez (6 points) to win the event. Lewis Hamilton came to form in style and won the second spot on the table (18 points), pushing behind his team. Mercedes has a better chance to claim the Constructor’s Championship from Red Bull this time. Ferrari’s Carlos Sainz Jr. (15) and Charles Leclerc (12) have also achieved 3rd and 4th spots, respectively. Alpine’s Fernando Alonso (10) has significantly improved in this game as he beat both Red Bull racers to get the fifth position. Red Bull has lagged far behind in the Brazilian GP. As far as Ferrari is concerned, they have a slim shot in this event if Mercedes doesn’t get it first. But it seems unlikely. Nonetheless, it’s a race for Russell, Hamilton, Perez and Ferrari’s Charles LeClerc. These are the racers in this race to keep an eye on as they compete for second place. Fans can expect Ferrari and Mercedes to butt heads with each other. The season final will undoubtedly not disappoint F1 fans because the sport pulls off all twists and turns.