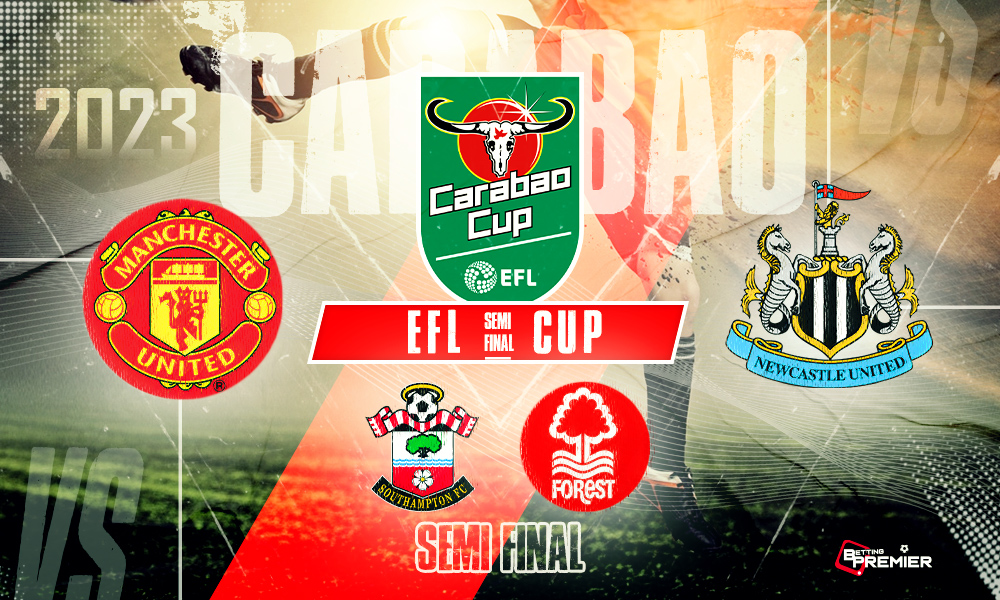 EFL’s Carabao Cup is a flagship tournament and is one of the three main trophies of the national football season. Since its establishment in 1960, the league has built itself notoriety for spectacular cup football with several iconic moments and stunning outcomes. Drama has always been at the centre of the League Cup, as it was known historically. Numerous finals have yielded the most incredible results, with the presumably hopeless minnows defeating the heavy favourite top-flight behemoths. The competition’s climaxes have virtually never disappointed, offering partisan or neutral fans fascinating fare. In 2022–23, the Carabao Cup will host 92 clubs from the English football league as it enters its 63rd season. After winning the EFL Cup for the eighth time in February 2022, Liverpool remains the most dominant club in the tournament’s history. Starting each August, teams from the Premier League to League 1 partake in a direct knock-out style throughout seven rounds. The semi-finals are contested over two legs, with the competition formally concluding in February at the Wembley Stadium.

Premier League clubs join the tournament in Round 2, with clubs who have advanced to the Champions League or Europa League participating in Round 3. The competition concludes with the champion qualifying for the coming season’s Europa League. Every season, millions of spectators watch the Carabao Cup live in stadiums and many more at home on TV. In recent years, the EFL Cup has developed a reputation as where the next generation of professional football talents debuted. The tournament saw the pro debuts of England’s finest football stars like John Terry, David Beckham, and Jermaine Defoe. When Everton played Wrexham in October 2002, Wayne Rooney scored his first goal in pro football there as well, launching his own scoring career. Following an unprecedented agreement with the National Dairy Council, the competition made history in 1981 and became the first to wear a sponsor’s brand name. Keep reading to know about BettingPremier’s take on the games.

For U.K. viewers, Sky Sports has the rights to telecast the matches. It will also be available as a live streaming option online with the Sky Go app.

In the U.S., Carabao Cup matches will be broadcast on the ESPN network.

The outright odds for all the teams to win the England EFL Cup title this season is derived from the bet365.com site and mentioned below:

The crucial EFL Cup semifinal match involving Newcastle United and Southampton at St. James Park on Tuesday is quickly approaching. It appears to be an exciting game since the side that bags a win will earn a coveted spot in the competition’s final. Newcastle United will be looking for a repeat of their previous performance after beating Southampton 0-1 in the EFL Cup. In the game, Newcastle United had 56% of the possession, and 3 of their 15 shots on goal were successful. Joelinton was the sole player to score. Lesser than three goals got scored in five of Newcastle United’s past six games. Newcastle United scored five goals, while the opposition managed two. Southampton will enter the encounter on the heels of a 2-1 FA Cup victory against Blackpool. They’ve controlled 66% of the ball and made 14 efforts at goal, scoring on three of them. Romain Perraud was the lone scorer for Southampton. Southampton has allowed five goals in their previous six games, scoring against them in 5 of those games. Southampton could undoubtedly need some defensive improvement.

While Emil Krafth has a torn cruciate ligament, Matty Longstaff has a knee issue. Therefore, they are unavailable to play for Eddie Howe, the manager of Newcastle United. Nathan Jones, the manager of Southampton, has a small pool of players to choose from for this game. Armel Bella-Kotchap has knee issues, Theo Walcott has a calf strain, Stuart Armstrong has a groin strain, and Tino Livramento has a torn cruciate ligament. In all probability, Newcastle United will be able to generate a sizable number of opportunities and successful attempts on goal. On the other hand, Southampton may struggle to get shooting opportunities but don’t undervalue them because they are likely to score at least once. At the end of the game, Newcastle United may have a reasonably easy victory.

It’s finally time for Wednesday’s EFL Cup semifinal match featuring Manchester United and Nottingham Forest at Old Trafford. Fans of both sides anticipate a thrilling contest since the team that wins the game will earn a prime position in the championship game. Manchester United looks for another similar outcome after defeating Reading 3-1 in the FA Cup. Man United had 78% of the possession in that game and 25 shots, 6 of which were on goal. Casemiro and Fred were the goal scorers. In 5 of the last six games in which Manchester United played, more than three goals got scored each match. In these games, the opposition sides scored 6, while Man United scored 14. Steve Cooper’s Nottingham Forest got an average of 1 goal per game over their last six games, with 6 of their goal attempts being successful.

Diogo Dalot and Donny van de Beek will not participate for Manchester United manager Erik ten Hag due to hamstring and knee injuries, respectively. Steve Cooper, the manager of Nottingham Forest, must make decisions for a group with a few fitness issues. Giulian Biancone has a knee injury, Omar Richards has a fractured leg, Dean Henderson has thigh issues, and Cheikhou Kouyaté has hamstring difficulties. Manchester United ought to be able to take advantage of several scoring chances. Nottingham Forest will have a difficult time scoring. But, probably, they will also receive the opportunity to score. In the end, anticipate witnessing a tremendous victory for Manchester United.