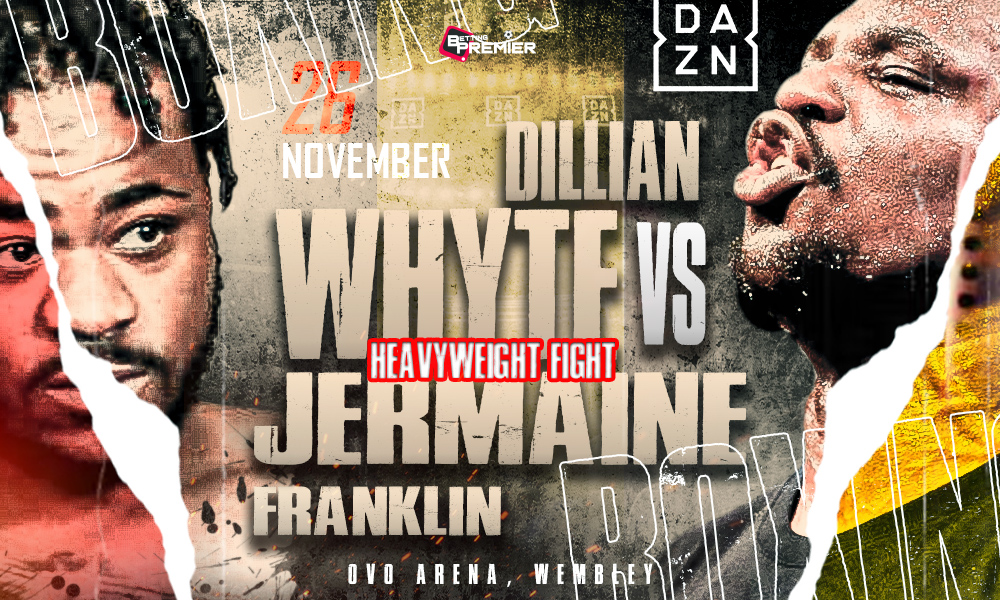 Dillian Whyte will try to conclude 2022 on a strong note when he fights the unbeaten Jermaine Franklin on November 26 at Wembley Arena after enduring a crushing defeat to Tyson Fury in his challenging championship match. Whyte is expected to be the clear favourite despite his opponent’s fantastic run and his own subpar performance against “The Gypsy King.” Franklin briefly gained notoriety as the Next Great American Heavyweight. Still, a contentious split decision loss to Jerry Forrest and an ensuing two-and-a-half-year hiatus completely destroyed his appeal. The American puts his perfect record on the stake in what is expected to be a thrilling heavyweight battle. This is a hard fight for him and will be a significant step up.

Kickboxing and mixed martial arts are two sports that Dillian Whyte formerly competed in. He held the WBC interim heavyweight championship twice between 2019 and 2020 and again from 2021 until April 2022. In addition, he has captured several heavyweight titles at the regional level. He is ranked fourth among active heavyweights by TBRB and BoxRec as of October 2021 and fifth overall by The Ring. His knockout-to-victory ratio is 68%. Jermaine Franklin debuted as a Pro in 2015, and since then, he has climbed the ladder. He currently contends in the heavyweight division representing the United States. His knockout-to-win percentage is at 66%. Keep reading to learn about BettingPremier’s breakdown of the fight.

Details of Whyte vs. Franklin

Where to watch Whyte vs. Franklin?

Based on a subscription, the card will be available to stream live on DAZN worldwide (except in Russia, South Korea and MENA regions).

Whyte debuted in 2011, three years and ten months before Franklin, whose very professional bout was in 2015. Whyte has fought several times professionally and has fought 10 more times than Franklin. He has 170 professional rounds against Franklin’s 99, winning 71 more than Franklin. Jermaine Franklin and Dillian Whyte both engage in combat out of an orthodox style. Whyte has prevailed over 3 of his previous 5 opponents, finishing 1 and twice completing the distance. He was defeated by Tyson Fury in his final bout on April 2022, through TKO in the sixth round. Going into that bout, he was clearly the underdog. Franklin has won every professional fight with victories over two of his last five opponents. In his most recent battle, he defeated Jerry Forrest in 10 rounds by close decision in July 2019. It is important to note he came into the ring as a heavy favourite.

People can think that activity and ring rust has a significant role before a fight. Jermaine Franklin has fought less frequently than Dillian Whyte. But he is young, ambitious, competent, and willing to work hard. Jermaine has been patiently waiting for his chance. For him, this battle is necessary at this point in his career. Whyte is dangerous because he has a great left hook, is a seasoned fighter, and is towards the end of his career. Although Jermaine Franklin may have an edge due to his young age, Whyte can be brutal. As a result, Whyte has a great chance to win this bout by a wide margin.

The Pick: Whyte via TKO.