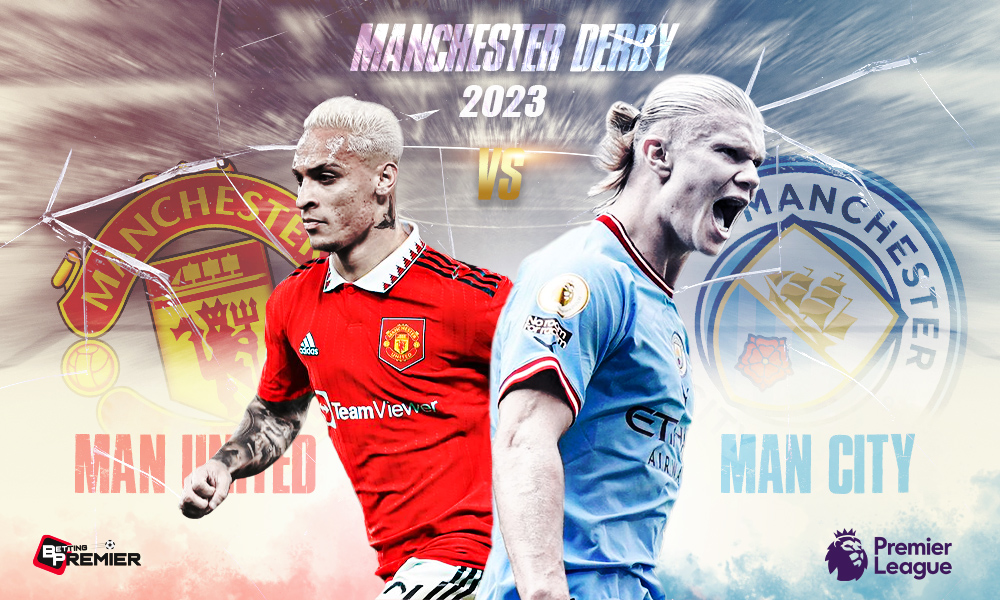 The Manchester Derby is back for another year. This season will bring about several changes at both Manchester clubs. Man City has access to Erling Haaland, a new star forward, while United will have Erik ten Hag as their new manager. However, the fierce rivalry between the two teams, which has grown more ferocious in recent years as a result of City’s success, is one thing that will remain the same. After a disappointing campaign, Manchester United will be anxious to demonstrate that they can compete with Man City once again.

United had great success and dominated the Premier League for a considerable period. After being acquired by the Abu Dhabi United Group in 2008, City has persevered in subsequent campaigns, nevertheless. Since the legendary Sir Alex Ferguson retired in 2013, United has struggled to be consistent. Sunday’s Premier League game at The Etihad Stadium will pit host Manchester City against visitors Manchester United. Keep reading to know about BettingPremier’s take on the match.

Note: The official line-up will be posted before the match and the list above is subject to change.

Manchester City will enter the contest fresh off a 4-0 FA Cup victory versus Chelsea in their last encounter. They had a 58% possession rate and made 9 efforts at goal, scoring on 7 of them. Riyad Mahrez, Julián Alvarez, and Phil Foden scored goals for Manchester City. Manchester City has scored 13 goals overall in their past six games. In each of those instances, they have also achieved. In addition, six goals have been scored against their defence during those games. Manchester City defeated Manchester United without a loss in the previous two road games. Additionally, they have not lost in their last three league away games.

Erik ten Hag, the manager of Manchester United, only has one player whose fitness is a concern before this crucial game. Axel Tuanzebe will not be available for play due to an unknown injury. Pep Guardiola, the manager of Manchester City, has no concerns over any of his players’ fitness because they are all totally healthy and prepared to play. The city has several star players, not to mention the spectacular striker in Erling Haaland. To win against such a Manchester City team, Manchester United would need certain variables to go their way. The city can win this derby game by scoring at least once. At the end of the game, expect Manchester City to win.