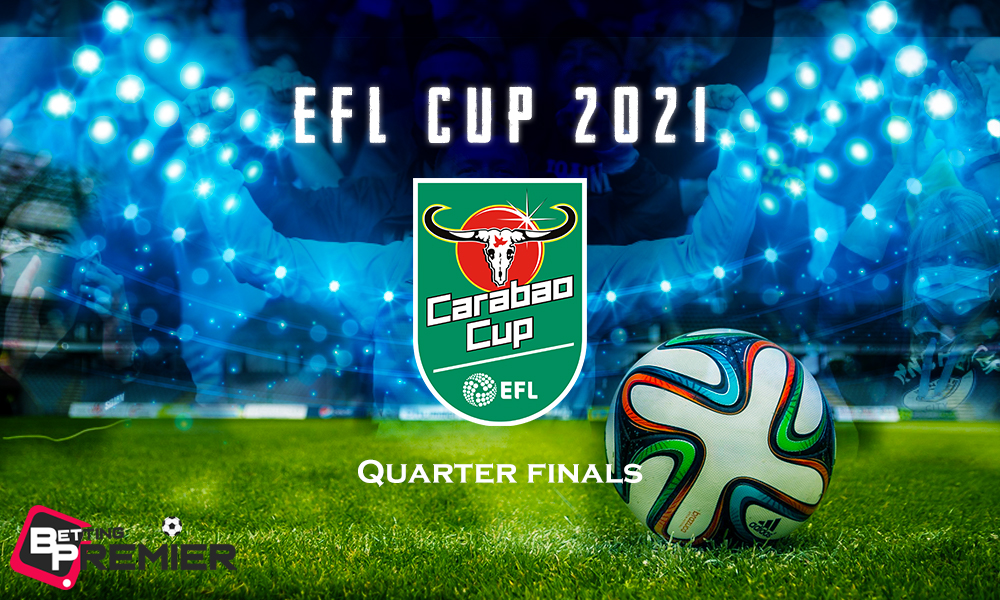 A set of pegged fixtures have become more exciting due to the recent turnover of events. Arsenal held back Manchester City for more than half of the game at Emirates, Rodri poached the last moment goal to win it for City 1-2. Chelsea and Liverpool shared the spoils in another thrilling encounter. Facing Chelsea in the Carabao Cup semi-finals will be Tottenham, the Spurs are showing steady growth under Antonio Conte. Jurgen Klopp and Antonio Conte’s request to make the semi-finals a single tie didn’t succeed. BettingPremier’s take on the Carabao Cup semi-finals follow.

Sky Sports is the official broadcasting partner for EFL Cup in the UK and Ireland. The audience can live stream the event at Sky Sports online platform as well, geographical restrictions apply.

DAZN is the one-stop destination for people living in European countries and Canada, mobile application and online platform are the options available.

In South America, ESPN Sur, and in the US, ESPN broadcasts the event.

SuperSport and beIN sports cover different regions of the Middle East and the African continent.

Football fans settled in the Caribbean Islands can witness the action at Sportsmax.

In Central America, Sky Mexico is the official broadcast partner.

Different channels cover the event in Asia, as in India, Viacom holds the key to the broadcast.

Former Chelsea and current Tottenham boss Antonio Conte marches with his players to Stamford Bridge for the first leg of the Carabao Cup semi-finals. Tuchel addressed Lukaku’s former remarks as not helpful and that he will include him in the squad in the future. The Blues are 10 points behind City in the league, they will have to perform as a single unit sooner to keep themselves in the title race. Mason Mount has scored seven goals while Jorginho has netted six. On the sidelines will be Timo Werner, Ruben Loftus-Cheek, Reece James, Andreas Christensen and Ben Chilwell. Heung-Min Son has been the goalscorer for Tottenham in the relatively low output from the English striker Harry Kane. Conte is using counter-attacks to his whim and the ball falls in line with his players’ feet when they attack. Steven Bergwijn, Ryan Sessegnon and Cristian Gabriel Romero are on the treatment table. The Blues are the home favourites in this fixture.

Trust is the foundation of growth in any organization, or government, for that matter. What Boris Johnson has understood so late, Mikel Arteta has caught up with, quick. The UK Government will be following the Swedish model and trust the citizens to use their common sense. The Gunners were close to routing Manchester City on New Year. The fact that Arsenal were capable of going toe-to-toe with City says a lot. Arteta’s trust in his players has made this a reality. Bukayo Saka and Emile Smith Rowe are the pillars in the midfield, Xhaka could have avoided the penalty. Edward Nketiah and Calum Chambers are in isolation, Sead Kolasinac is suffering from an ankle injury. In the league, Liverpool are seven points ahead of Arsenal. However, their draw at Stamford Bridge 2-2 betrays the level which they are in and how high City are in the landscape. Jurgen Klopp was tested positive before the game and was absent in the dugout. He probably will miss this game too. Divock Origi, Takumi Minamio, Roberto Firmino, Nathaniel Phillips and Joel Matip are the players who will stay sidelined. Despite Liverpool’s dominance over Arsenal in the previous years, the odds have tipped in favour of the Gunners. Whoever wins the first leg will set the tone for the next and Liverpool will do whatever they can to steal three points.