Types of Betting in Poker 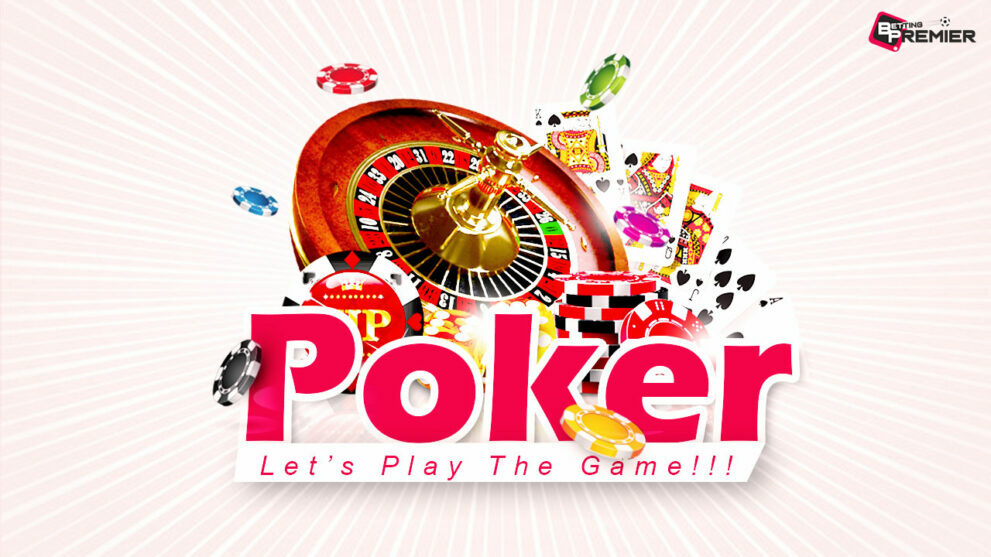 Poker is a family of card games which has increased in popularity since the 20th century. In every poker game, betting has been an innate part of the play. Betting determines the winning hand of the game based on the combination of the players’ cards in which some of them remain unrevealed. The number of cards dealt, the betting procedures, the number of community cards on the table and, the number of hidden cards vary according to the game played. The player has to be well aware of the number of betting rounds and the cards he has to hold on to, to bag the nearest possible winning point.

Poker can be categorized into four main types namely

In a stud poker, the player deals with four face-up cards and three face-down cards. The stud poker games are in general non-positional games which means, that a player who starts the first round need not be the same to initiate the second round. Betting starts right from the first round and the second player tries to match or call the previous bet or folds. When a player folds, the other players may bag the pot without showing their cards to the dealer. A stud poker is subdivided into two:

Some of the famous 5 card stud poker games are explained below:

A player is initially handed over with two cards. One face-up card and one face-down card. An initial ante is placed before the commencement of the game, which can range from $5 to $10. Since a standard 52-card deck is used, a maximum of 10 players can participate. In total there are four betting rounds and four extra face-up cards are dealt with by each player. In the end, the player with the best five-card hand wins the pot. The royal flush is the highest ranking five-card payout.

The basic criterion to be satisfied in this game is a pair of Jacks. The game begins only if any one of the players has a pair of jacks or better. Initially, five face-down cards are distributed among the players one by one. The foremost ante of $0.50 has to be waged before the cards are being dealt by the players. If no pair of jacks is found in the combinations then, the cards are shuffled and re-distributed. Players who do not wish to draw new cards are called ‘standing pat’. Every time a new hand is dealt, new antes are added to the pot. Finally, the player with the best five-card hand, bags the pot.

The most popular 7 card stud poker games are listed below with a detailed description:

The 7 card stud sequence poker is an interesting game, in which except for the seventh card all the others are face-up cards. This game involves a wildcard which can be any card in the deck but has to fall in sequence. Initially, three cards are given to each player. The player with the lowest hand starts the bet. The fourth card is administered to each player and the next prevailing betting rounds are initiated by players with the high hand. A player can raise, call or fold his cards when the fifth and sixth cards are drawn. The seventh street is the final round which deals a face-down card. Be smart enough to choose the best five cards and raise the bet if your cards are satisfactory. If your cards are weak then, you better fold out.

As in other stud pokers, the 7 card stud follow the queen poker also begins with a forced ante. Then the dealer gives 3 cards to each player with two face-down cards and one face-up card. The player with a queen starts the game otherwise the player with the highest rank card commences the game. All the other cards are turned up and betting is raised or called by the player with the highest card. At the end of the sixth street, each player should have four face-up cards and two face-down cards. The seventh card can either be an up or down card, which is decided by the player. The next subsequent card to the queen is called as the wild card. Some queen poker games follow the ‘No queen no play’ strategy.

The Cold Omaha is a community poker game in which a player is allowed to deal with a maximum of 3 face-up cards. In the beginning, five cards are distributed to each player and the remaining deck is kept aside. Each player checks his hand and discards one face-down card on the table, which makes the deck. The dealer shuffles the deck and presents three face-up cards. The player can either pick the community card or skip his turn. Bets are placed for three continuous rounds and face-up community cards are dealt with on the table. In the end, the best five cards hand is formed by two cards in their hand and three community cards.

The gameplay of a Draw poker is to maintain complete hand by continuously discarding or replacing the cards. The draw poker is a positional game, in which the player to the dealer’s left starts the subsequent rounds of the game. Though the draw poker is not quite popular in casinos and tournaments, it is one of the common and the most played games at home.

The 5 card draw anaconda poker is also known as ‘pass the trash’ poker. Initially, a player gets five face-down cards. Then starts the gameplay. A player on his first chance can pass three cards which he might not feel safe dealing with to the player sitting to his immediate left. Then in the second round, the player gets to pass two cards. The third round ends with the passing of a single card. The final round of betting leads to the showdown. The best poker hand wins the pot. This game differs from site to site. In the showdown round, one by one card is revealed from the player’s hand thereby increasing the pot size.

If you are looking for a fun and exciting poker game, then this may be the appropriate game for you. In a 5 card draw monkey love poker, five face-down cards are given to each player. You are allowed to form the best five-card hand by passing on unwanted cards to the player to the left of you. You are expected to say the number of cards that are discarded by you instead of going around the table. After the first round, the players’ hands are checked and this is how the players’ count gets reduced. The betting continues until the final showdown. The player with the best five cards hand wins the pot.

As the name suggests, a mixed poker is a combination of two or more poker games. The combination can go up to thirteen poker games. A time limit is set for each game; say, one half-hour per game. Then the players move on to the other game which is played for another one half-hour and so on. The famous mixed poker up to date is Texas hold ’em and Omaha high-low, known as H.O.

Apart from these types of poker, a particular structure is followed in order to handle hand poker. It is divided into three types namely;

As the name suggests, the no-limit bet has no restriction on the wages a player desires to risk. Even the entire stack of a player can be put on the stake. An option called ‘all-in’ is enabled in almost every poker game which is used by players who are left out with less number of betting chips. On activating this option, the player is asked to showdown his hands along with the remaining chips.

Unlike fixed-limit bets, a pot-limit bet lets the player increment at a higher scale. The betting range need not be at regular intervals. The only limit for the bettor is the size of the pot. On completion of the betting, when the final wages are counted the previous calls and bets including the intender’s raise calls are put-together to evaluate the pot’s prize.

The above classifications give a detailed description of the various types of poker games played in a casino as well as at home. Apart from these types, what type of gameplay is followed in a poker game is further categorized into three namely:

Being unsure is the bedrock of poker. Poker games are considered to be a combination of skill and luck. The ante is mandatory in every poker game after which the actual game starts. The betting round continues unless a player folds his cards or the total number of rounds gets over. The fun and excitement of poker are proportional to the number of people participating in the game. Poker is a five minutes learner game but demands a lifetime to master it.