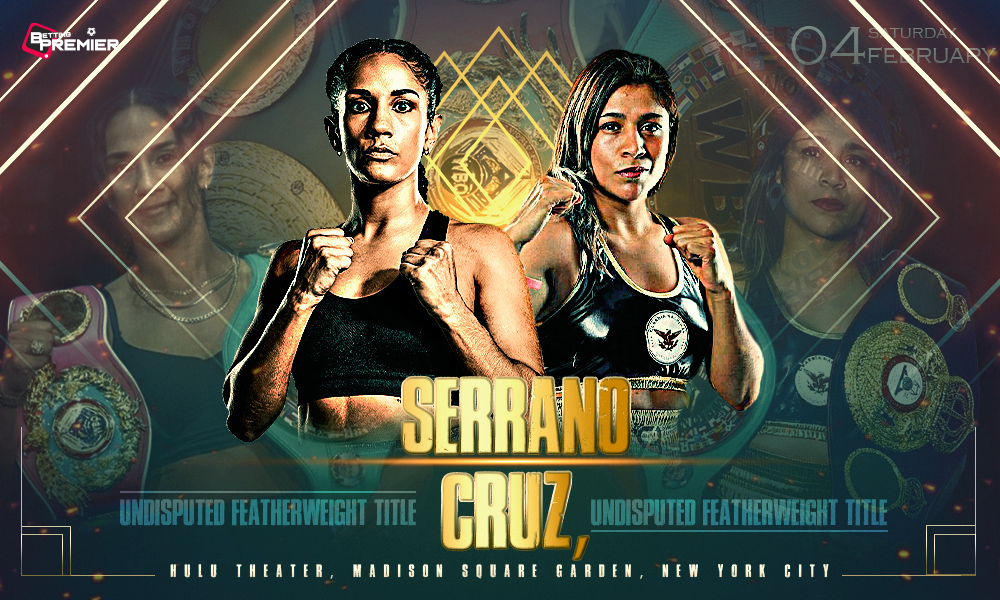 Amanda Serrano hopes to create history when she aims to be the first Puerto Rican boxer to earn an uncontested title on Saturday night. The WBA women’s featherweight champ, Erika Cruz Hernandez, must be defeated to pull off this accomplishment. Cruz has valiantly defended her title twice since she defeated Jelena Mrdjenovich to hold it. Cruz now aims to pull off a major upset that would eliminate the chance of a Serrano vs. Katie Taylor sequel. In March 2009, Amanda Serrano defeated Jackie Trivilino by a majority decision in her pro debut. She later participated in 11 fights, winning ten and drawing one, to maintain her perfect record.

Amanda Serrano is an MMA fighter and a professional wrestler. She has the title of undisputed featherweight world champion in boxing. She now claims the Guinness World Record for most boxing world titles won by a girl in various weight divisions. She is currently listed as the top active female featherweight in the world by The Ring and BoxRec as of March 2021. Since April 2021, Mexican professional boxer Erika Cruz Hernández has held the WBA women’s featherweight championship. She competed in Diana Crespo in professional boxing in March 2016 and earned the unanimous decision, giving her profession the perfect start. Keep reading to learn about BettingPremier’s breakdown of the fight.

Where to watch Amanda Serrano vs. Erika Cruz?

Based on a subscription, the card will be available to stream live on DAZN worldwide (except in Russia, South Korea and MENA regions).

Technically, Serrano has more power than the others, as seen by her 69% finishing percentage compared to her career record. When Serrano gets her range, she unleashes a barrage of blows, focusing specifically on landing the recognizable right hook she has honed over her career. She could win seven titles in seven different divisions thanks to this approach. Hernandez will get an advantage of a modest speed edge against Serrano on the other side. “Dinamita” delivers more punches and combos to score points than Serrano, a counter-puncher, amassing scores to swing the judges’ scorecards in her favor. She only has 3 TKO/KO victories on her record due to it, which is the cause.

It can include two different combat philosophies. The “Real Deal” wants to put the Mexican’s out, while Cruz intends to outbox Serrano. To defeat Serrano, Cruz will need to execute a surprise. Fans will understand that this is precisely what the game is about. However much Hernandez can hit, Serrano’s strength will still play a significant role in this unification match. Serrano, being the clear favorite in the contest, is not surprising. Hernandez may reposition herself during the fight to evade Serrano’s assault once she feels the pain of her strikes.

The Pick: Serrano via KO.