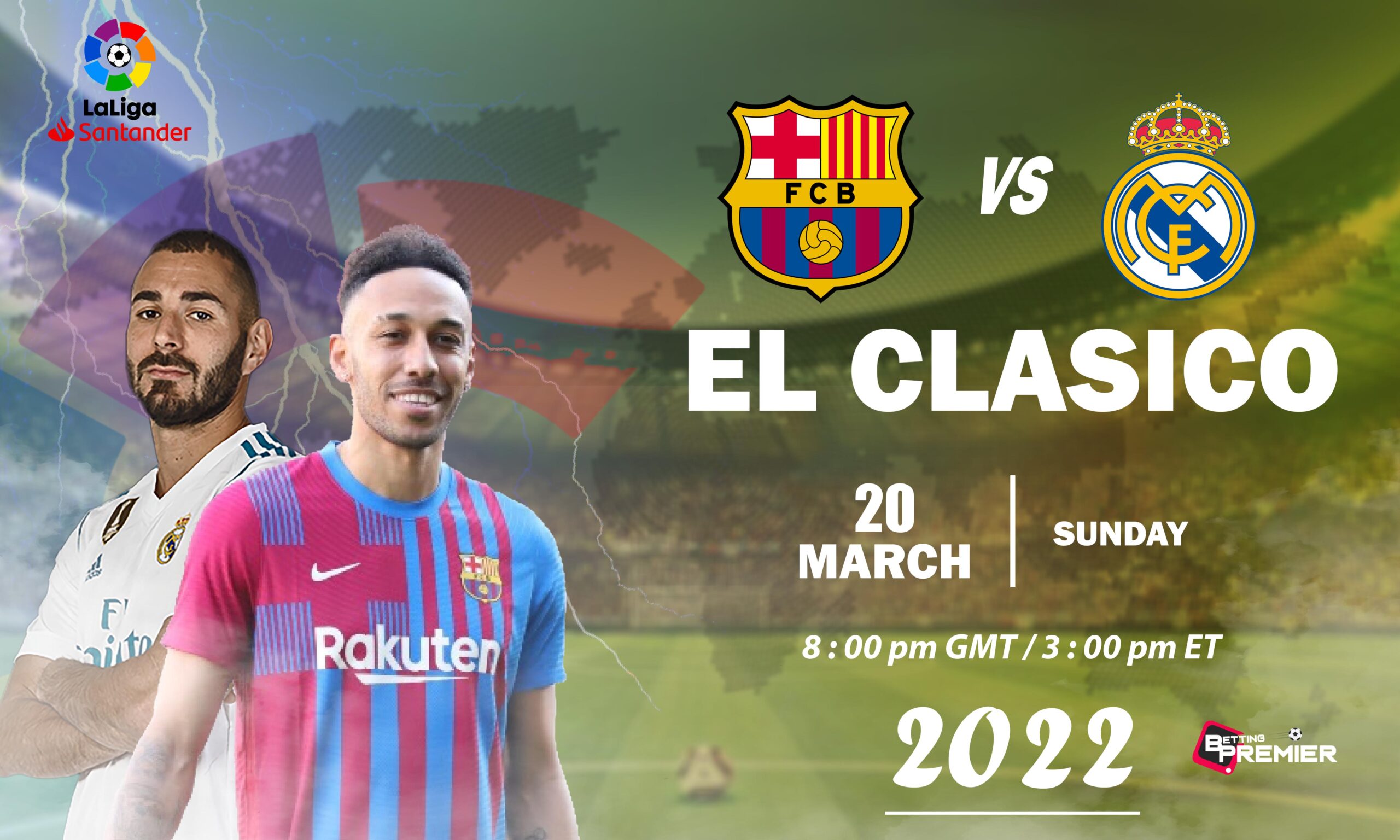 Real Madrid host Barcelona at Santiago Bernabeu for the latest edition of El Clasico in the 2021-22 LaLiga campaign on Sunday. Clasico matches typically bear title implications but not so much this time around. Los Blancos are comfortably positioned at the helm of the standings while the Catalan outfit are struggling to live up to their reputation in the wake of the financial crisis they put themselves in. Things have changed, however, from the last time the rivals met in October 2021 when Barca’s then-manager Ronald Koeman was very nearly attacked by furious fans following a 2-1 defeat.

ESPN and ABC hold the right to broadcast the match in the United States while those in Canada can watch the match on TSN and RDS.

The match will air live on Premier Sports and LaLiga TV in the United Kingdom and Ireland.

Wizz and Sky are the broadcasters in Mexico while in Germany, Austria and Italy, DAZN will air the match.

Canal+ and Eleven Sports will broadcast the match in Poland while those in Sweden can watch it on C More.

beIN Sports is the destination for the fans in Australia while New Zealanders have the option of Sky Sport 7 also.

Given Barcelona’s recent plight, Real Madrid have been the favourites to win the Clasico over the past few meetings. The Catalan giants were languishing in places they had never been in before not so long ago. Xavi took his time since his arrival and has undone the damage to an extent. The club did not make it out of the group stages in the Champions League group stages for the first time in history and finds itself in the campaign for the Europa League title. The January transfer window saw Barca bring home talents like Pierre-Emerick Aubameyang, Adama Traore and Ferran Torres. The investment has already started paying dividends, especially in the case of Aubameyang who has quickly adapted to the Barca ways. Dani Alves has returned to the club and is still doing what he did at right-back, defying his age.

Real Madrid are having a great season both on domestic and European stages. Unless they suffer a major slump – which is far-fetched – Los Blancos are headed for another LaLiga title. Sevilla are tiring in the race while as far as Barcelona are concerned, it’s way too late. Karim Benzema is having the best season of his career, producing goals galore be it LaLiga or the Champions League. He single-handedly lifted his side over PSG and sent them to the UCL quarterfinals after Real lost the first leg. However, the Frenchman has injured himself in the 3-0 win over Mallorca last time out and is questionable. Ancelloti may have to seek other options, perhaps play Asensio as a ‘false nine’ and start Valverde again in the midfield.  With the Champions League quarterfinals on the horizon, playing a not-fully-fit Benzema is a risk Ancelloti will not take.

Barcelona are virtually back to that position wherein they can dominate any side including Real by their possession football. But Xavi’s men are prone to counter-attacks which is something Real are excellent at. Los Blancos are a settled side with plenty of veterans in the squad capable of dictating the pace of the game. Barca are still improving as a team and are quite unpredictable at the moment. They might go in front at some point in the match but a victory at Bernabeu is unlikely to come by for the Blaugrana.