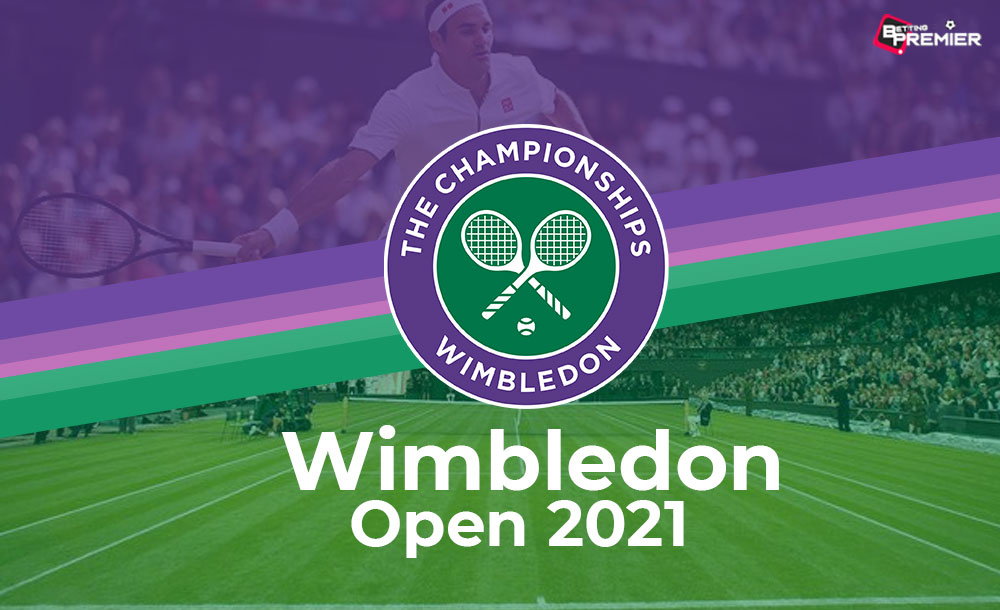 A fortnight after French Open’s finale, tennis fans will tune their attention to Wimbledon Open 2021 soon. The Grand Slam will commence from 28th June to 11th July at the All England Lawn Tennis and Croquet Club in Church Road. Though exciting, this arrangement which happened due to the French Open’s delay has caused some ripples in the tennis world.

Grass courts give an edge to the experienced players, meanwhile, the low bounce and speed reward the youngsters to be and do more. There is a void in the Tennis World for young champions, especially, in men’s singles. Roger Federer and Novak Djokovic have been successful in grass courts for more than a decade. A new face and a new champ is the need of the hour for Tennis fans.

Where to watch Wimbledon Open 2021?

Since replacing BBC Sport in 2018, Wimbledon Broadcasting Services (WBS) serve as the official host broadcaster of the tournament.

For the people of the UK however, the BBC One and BBC Two channels will telecast the games splitting it between themselves.

RTE is the one-stop destination for tennis fans in Ireland.

In the US, the ESPN network will cover the games across its channels.

The Canadian fans can witness the action live at TSN and RDS.

As always, bet365.com live streams the games for active bettors in the 24-hour timeframe.

The following stars are some of the prominent contenders in the game of tennis and have established themselves as favorable candidates to win the Wimbledon Open 2021.

The following stars are some of the prominent contenders in the game of tennis and have established themselves as favorable candidates to win the Wimbledon Open 2021.

The prize money for this season has been brought down by a 7.85 percent, the pandemic is the reason.

Years of hard work and sweat drip in front of the eyes seeing Roger Federer in the court. His agility has taken him this far into the tournament but Hubert Hurkacz, a wilful youngster exposed the veteran in the quarter-finals. Hurkacz forced Federer to a bagel set in the end, a first for the Swiss in Wimbledon history. Matteo Berrettini, the man with the powerful serve will face Hurkacz in the semis. Denis Shapovalov is left with the herculean task of facing Novak Djokovic.

Chasing his 20th Grand Slam, Novak Djokovic plays Denis Shapovalov in the semi-finals of the Wimbledon Open. Vocal about his intentions, Djokovic never shied away from challenges and has come a long way in his career. Despite reaching the semi-finals, the Serbian was never really tested in this tournament. He has dropped just a single set since the start, that too at the first game. Perhaps, Denish Shapovalov might be the right person to challenge Djokovic’s prowess. Shapovalov creates angles using his left-hand play, his forehand is robust and the way he recovered against Khanchanov in the last two sets shows his concentration. The passionate Canadian however, has never won against Djokovic. The players’ head-to-head record stands 6-0. Given that record, Denis Shapovalov can’t stop the Serbian’s quest to greatness.

Snapping the unlucky streak of an Australian reaching the Wimbledon finals in Women’s Singles, Ashleigh Barty walks towards the final challenge against Karolina Pliskova with her head held high. During the start, volleys of criticism were thrown at the Australian professional regarding her failure in Grand Slams. Barty has destroyed all of them through her action. Winning the past five games in straight sets, Barty has established her dominance in the sport. Former No.1 Angelique Kerber faced defeat in the quarter-finals, after a comparatively short first set the Aussie had trouble in the initial stage of the second set. At a point, Barty was 2-5 behind but she fought back and took the game to a tiebreak. Making Kerber lose her serve thrice in the tiebreak, Barty owned the victory 7-6, (7-3).

Playing an equally competitive game against the number two seed, Aryna Sabalenka, Karolina Pliskova aced the game after falling short in the first set. She triumphed 5-7, 6-4, 6-4 in the game against Sabalenka. In her miraculous journey, she managed to get into her first-quarter final, then her first semi- final and now, the final. Even she awes at her luck. Make no mistake, Pliskova deserves this final as much as any sincere professional. But the odds favour the top seed and the World No. 1 Ashleigh Barty to win the game in a maximum of three sets.