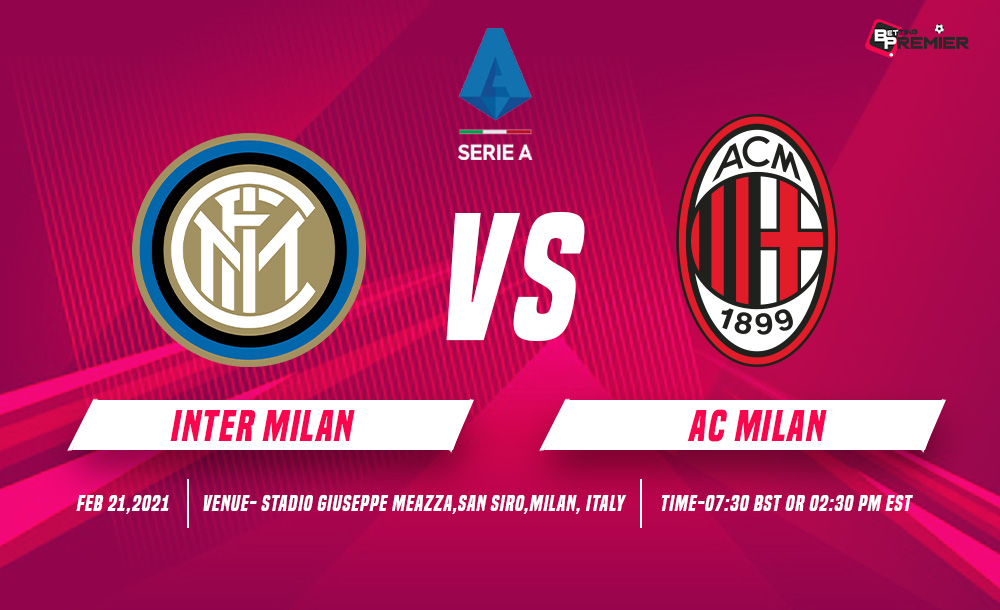 The derby of derbies is here. Italy’s two great rivals clash this Sunday at San Siro, AC Milan host Inter in the 227th Derby della Madonnina. A decade has passed since these two met being at the top of the table.

Derby della Madonnina (referring to the Gold Madonna statue at the top of the Duomo) has got one of the most fascinating back stories in the football history. English expatriates Alfred Edwards and Herbert Kilpin started the club ‘AC Milan’ in December, 1899.

Back then, two Italian competitions existed, Italian championship and Federal championship. The latter allowed foreign players while the former didn’t. This created a difference within the club, few of the players wanted their Swiss friends to play for Milan. Some others didn’t budge. In 1908, the crevasses of underlying differences widened. Players and staffs alike sided with their favourite sides, the ones obliging to foreign players being played (Internazionale) and the ones who were against it (AC Milan).

The brothers of the world were defeated in the first derby by AC Milan 2-1. Not bating an eye to the bone of contention, Italian football metamorphosed back to the old format. No knockouts, a round robin contest where each club plays the others twice and foreign players were allowed. Years of drought followed for Milan while Inter gained some victories, after 1950s, Rossoneri got back on track and became a challenge for their nemesis.

Though the reason for dispute subsided, the economic divide existed for years. Now, the circumstances have changed, both the clubs are owned by corporates.

While the derby has always been breath-taking, the spat between the Swede and Romelu Lukaku in the Coppa Italia quarter-finals added fuel to the fire. Ibra’s first half goal was equalized by Lukaku’s penalty before which he was sent off due to the second yellow card. That paved way to Milan’s defeat, Christian Eriksen saw the net in injury time. A mural romanticizing the ugly incident between the former Manchester United teammates decorates a wall in the southeast corner of San Siro.

The defending Serie A champions Juventus eliminated Inter in the Coppa Italia semi-final. However, the current league leaders are cruising through the Scudetto in style, toppling Fiorentina 0-2 and Lazio 3-1, the latter aided them edge past Milan. In contrast, Rossoneri slipped up in both the Italian and European arena. Blown out by Spezia 2-0 gone Saturday, AC Milan shared the spoils with FK Crvena zvezda 2-2 in the Europa League last-32 first leg. Their star-striker Ibrahimovic stayed in the dugout at Belgrade.

Coming to the squad, Inter rely more upon Romelu Lukaku than Milan do on Ibrahimovic. Stefano Pioli showed that he can bring results while the Swede was restrained due to different reasons. Frank Kessie, Theo Hernandez, and Rafael Leao step up in the absence of the Swede but Internazionale only has Lautaro Martinez, who despite being skilled can steer off Antonio Conte’s plan.

Zlatan Ibrahimovic has started a renaissance in Milan, the Swede has pocketed 14 goals of 12 games. Just a point shy of their arch-rivals, Milan have a mastermind in Stefano Pioli. Lukaku is the leading scorer in the league, the same applies to his side as well. Inter are on the road favourites yet if the Swede switched to the destruction mode, Rossoneri can bag three points.

Details of the AC Milan vs Inter game

How to watch AC Milan vs Inter?

In the UK, Premier Sports has the broadcasting rights for Italian top flight football and is showing every game on Premier Sports 1, 2 and FreeSports.

In the US, ESPN covers all the live action of Serie A, through its ESPN+ streaming service and there’s no need for a cable.

TLN and DAZN share the rights to broadcast live Serie A matches in Canada for the 2020-21 season.

In Australia, Serie A fans will need to be a subscriber to beIN Sports, which has the exclusive live coverage rights for this season.

Sky Sports is the sole rights holders for live coverage of Serie A games in New Zealand this season.

In India, Sony Six and Sony ESPN will once again broadcast Serie A live for the 2020-21 season.