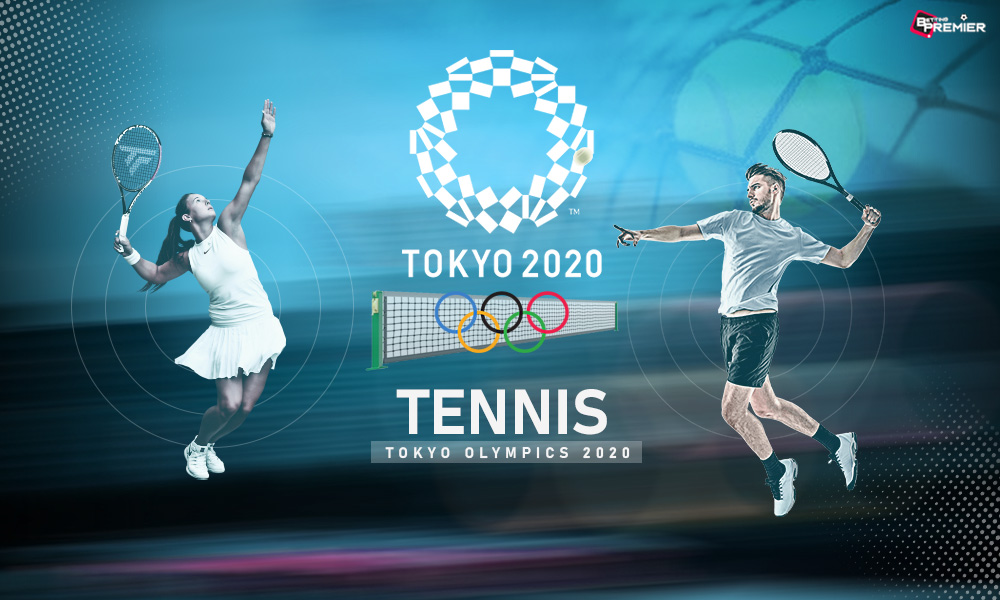 Tennis in Tokyo Olympics might be defined by one word, “Upset.” Earlier, Roger Federer, Serena Williams and Rafael Nadal delivered the news that they won’t be participating in the Tokyo Olympics. Players with tremendous abilities from all corners gather at this amazing event but the court disappointed everyone. Especially, in the women’s division, Japan native Naomi Osaka, the top seed Ashleigh Barty and the young Polish sensation Iga Swiatek were bid farewell event before the quarter-finals.

In a shocking turnaround, France’s Ugo Humbert defeated Stefanos Tsitsipas in the third round, after falling 2-6 in the first set. Novak Djokovic is going strength to strength this year, winning three Grand Slams in a row, the Serbian is on the verge of defeating Alejandro Davidovich Fokina in the third round.

Just in, Grand Slam winner Garbine Muguruza received a massive blow at the hands of Elena Rybakina. Heatstroke gambled Paula Badosa’s chance in the quarter-finals, she retired in the second set. Vondrousouva will face Elina Svitolina in the semi-finals. Anastasia Pavlyuchenkova suffered heavily in the hands of Bencic, after a first set bagel the Russian recovered in the second set only to lose in the end.

Like never before in history, athletes are coming forward to speak about their troubles on and off the court, few players like Osaka are vocal about the importance of mental health in sports. The nuances of these troubles might reach minds from all over the world. BettingPremier’s preview for the medal events is as follows.

A well-known figure at this point, Novak Djokovic is competing for a Golden Slam this season. He edged closer to his destination with a victory against Alejandro Davidovich Fokina in a one-and-a-half-hour. The Serbian won his third Grand Slam earlier this month in Wimbledon Open. There is none more mentally fit than Djokovic in tennis, the absence of fans or the presence of a hateful crowd will make no difference to him. A blend of athleticism and well rounded offensive game makes Djokovic a threatening force on the court. His serve returns are the best and his backhand comes in handy during rallies. No hurdles can stop the flow of Djokovic’s racket and he might strike gold for Serbia.

Fortunes are changing for Daniil Medvedev at last. The tall Russian reach the finals of the Australian Open only to lose to Novak Djokovic. He made a quarter-final appearance in the French Open and battled through the heat in the third round to qualify for the quarter-finals. He lost the second set to Fognini but recovered in the last set 2-6 to seal a quarter-final position. Ranked second in ATP, Medvedev is a good 2000 points above Rafael Nadal. Well known for his quick temper, Medvedev chafed at an umpire in the last game due to intolerable heat and humidity. His anger is his worst enemy, he will be better off if he doesn’t blame himself for mistakes amid the game. Powerful serves will be extremely helpful for Medvedev in the upcoming games. Medvedev will advance to the semi-finals.

On behalf of the Swiss nation and Roger Federer, Belinda Bencic steps into an Olympics semi-final. She will be facing the Kazakhstani player Elena Rybakina in hopes of winning Olympic gold. Born in Moscow, Rybakina was playing for Russia until 2018. Switching federations has helped her shift gears in her career, this year had been particularly good for her. At the start of the year, she qualified for the quarter-finals of the French Open and reached the fourth round of Wimbledon. The Kazakhstani defeated former No.1 Garbine Muguruza in the quarter-finals by straight sets. Belinda Bencic, on the other hand, is a better hitter. Her return game is top-notch, she can transform defensive rallies into offensive ones. Moreover, the Swiss is trained by the mother and coach of former world No.1 Martina Hingis. Defeating Muguruza has put Elena Rybakina in a favourable position however, game time pressure can change the wind in any direction.

An unexpected semi-final, but not a boring one by any means. Elina Svitolina and Marketa Vondrousova, are two defensively sound players in the tennis world. The Ukrainian has been on the hunt for a Grand Slam title for years now but only in vain. This is her best chance to bring honour to Ukraine. She is a defensive baseliner with all the necessary skills in her closet, her serves can win points. Svitolina is a counterpuncher who has the stamina and speed to tackle Vondrousova. The young player who pulled off an upset against Osaka, the Czech, Vondrousova often uses drop shots in her play. Svitolina has shown struggle with volley shots in the past and might have troubles against the Czech. Both the players have the patience to tire each other out so the one who can triumph quicker will decide the course of the game. Since Vondrousouva has a better return game than serve, Svitolina might have an edge and experience in the semi-finals.