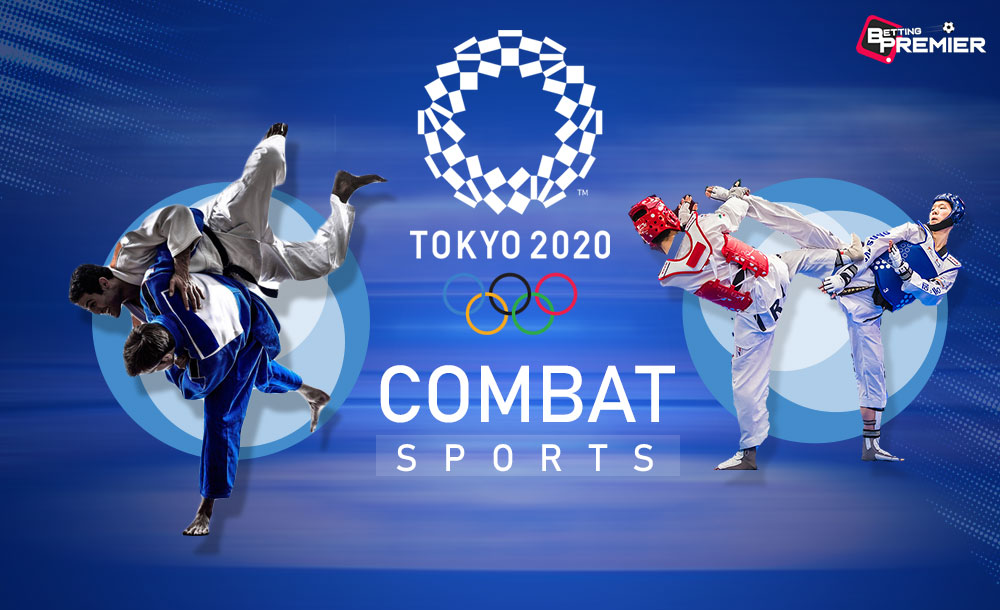 A ring, a square, a mat, or canvas, everything works when it comes to combat sports. Expertise can be overwhelmed by moments of power and the chances of an underdog hailing victorious are huge. Korea is awaiting a gold in their homegrown sport, Taekwondo. Karate will attract a new pool of viewers. Keep reading to know the top talents in each combat sport.

Hailing from Japan, Kenichiro Fumita is the home favourite to win this bout. He won gold in the 2017 and 2019 World Championships in the 59kg and 60kg categories respectively. In the pandemic time period, he got a massive win at Asian Championships held in New Delhi last year. Standing opposite to Fumita is Luis Alberto Orta Sanchez, from Cuba. A dominant display in the semi-finals against Ciobanu 11-0, shows his level of confidence. Whoever might win, the game will be a treat for the fans.

Three-time Olympic gold medallist and Cuba’s flag bearer, Mijain Lopez Nunes is one bout away from a fourth gold. The Cuban is also a five-time World Champion and five-time Pan American Games champion. Heavily favoured by the critics and fans, Mijain Lopez Nunes will face Iakob Kajaia in the finals. Competing in the Rio 2016 Olympics, Kajaia took the exit in the quarterfinals against Sergey Semenov. Garnering recent wins, he has a three in ten chance of beating Nunes. All said, the Cuban lion will raven his prey.

Holding a formidable record of 37-4, Adeline Gray competes in her second Olympics. The American is a five-time world champion. She lost to Vasilisa Marzaliuk in Rio 2016 to bow out of the tournament. Securing a ninth place finish in Rio 2016, Aline Rotter-Focken is back for gold. Last time, she competed in the 69 kg division. The weight promotion has had a positive impact in her game. Adeline Gray of America is the bookmaker’s favourite but it can all change in a matter of seconds.

To say the truth, Korea’s In Kyo-Don has already won his life’s most crucial battle. The Korean was diagnosed with cancer a few years ago and he was declared cancer-free in August 2019. Korea is awaiting a gold medal, Kyo-Don is the appropriate person to deliver it.

From Liverpool, a triple world champion and a bronze medalist in the 2016 Rio Olympics, Bianca Walkden finds herself in the dominant GB camp. Her emotional breakdown after co-star, Jade Jones’ defeat in the hands of Kimia Alizadeh Zonoozi shows her commitment to the country and the game. She is the top seed in the 67+ kg division for the finals unfolding tomorrow.

The gold medal winner at the 2021 World Judo Championships held in Budapest, the Belgian athlete Matthias Casse heads into Tokyo Olympics as the favourite. He will be facing Adrian Gandia tomorrow in the elimination round of 32. Belgium’s Wout van Aert won silver in the Men’s road race on July 24, Casse might be the person to uplift Belgium’s ranking.

Winning his first-ever medal at the 2018 European Judo Championships, a bronze, in the land of current leaders, Israel, Nikoloz Sherazadishvili is a confident young man from Spain. The Georgian-born accepts that his passion to win and that he would have been a water polo player if not a Judoka. He loves his throws and admits that he is not a fan of Ne-Waza. Well aware of the impact of Muhammad Ali in the sports world, he is willing to do the same for his favourite sport.

Born in Soviet Russia, Varlam Liparteliani needs no introduction in the Judo world. Winning silver in Rio 2016, the Georgian is thirsty for more. He holds a third-degree black belt in Judo and executes Uchi mata with precision. Georgia is behind the giant and he will likely achieve the missed gold.

Ruling the division for almost a decade, Teddy Riner gets ready for one last Olympics. The two-time Olympic gold medallist is a phenomenon in Judo. Reigning from France, he is currently a member of the Paris Saint-Germain Judo club. Big Ted will take good care of the position he holds in the Judo world.

Delivering ippons is the key trade of this French woman. Clarisse Agbegnenou, an Olympic Silver medallist, is on a hunt for gold. Born in Togo, she has smooth relations with both nations. Her latest achievement is the gold at Judo Federation World Masters 2021, which was held in Doha. Her grip is out of the world and Tokyo awaits her arrival.

A Japanese judoka, Chizuru Arai represents Japan at the Olympics for the first time. However, the 27-year-old has been competing on the highest level since the 2014 Asian Games. The home environment will probably help Arai to triumph hard.

Another French woman, another tale of Judo. But this tale is about the hunger for recognition. Madeleine Malonga is a familiar name to French people who follow Judo. She now gets a chance to represent France in the Olympics. Malonga won silver at the 2021 Budapest World championships, her six-foot frame might be wearing the medal at the end of the day in Tokyo.

Raised in a family which worships Judo as a cultural representation, Akira Sone started Judo at the age of 7. The Japanese judoka celebrated her birthday earlier this month. Crushing criticisms, the 21-year-old struck gold in the 2019 Tokyo World Championships. Sone and Japan will be happy to repeat that once again in the grandest stage of all.

Taking his inspiration from the Olympic gold medallist and compatriot, Anthony Joshua, Pat McCormack is set on the right track. He is fighting in the welterweight division and his twin brother Luke is competing in the light welterweight. While the rush for gold is alive in Britain, McCromack will be eager to win one for his homeland.

Muslim Gadzhimagomedov was wrestling as a child. Then came the gym and boxing coach to their village and the Russian started to box. He fought hard, won contests and here he is. Gadzhimagomedov is the top seed in the celebrated heavyweight category in boxing.

A Kazakhstani light heavyweight boxer, Bekazad Nurdauletov aims for the Golden path his compatriot Vassily Levit deserved of. The top ranked boxer in the World Championships, the 23-year-old is also the favourite for the gold medal.

Finishing in the fifth position in the Rio Olympics 2016, the super heavyweight Bakhodir Jalolov is searching for more this time. He is currently ranked first in the Asian Championship, World Championship, and Strandja Memorial. Fighting from a southpaw stance, Bahka might bring the second gold medal for Uzbekistan in Tokyo 2020.

A Brazilian who missed the Rio Olympics chases gold all the way down to Tokyo. Beatriz Ferreira competes in the crowded lightweight category for women. Receiving inspiration upclose from his father, Raimundo Ferreira and at distance from the evergreen Muhammad Ali, Ferreira trains intensely for 22 hours a week. She meets Shih-Yi Wu of Chinese Taipei in the round of 16 and is the hot favourite to win gold.