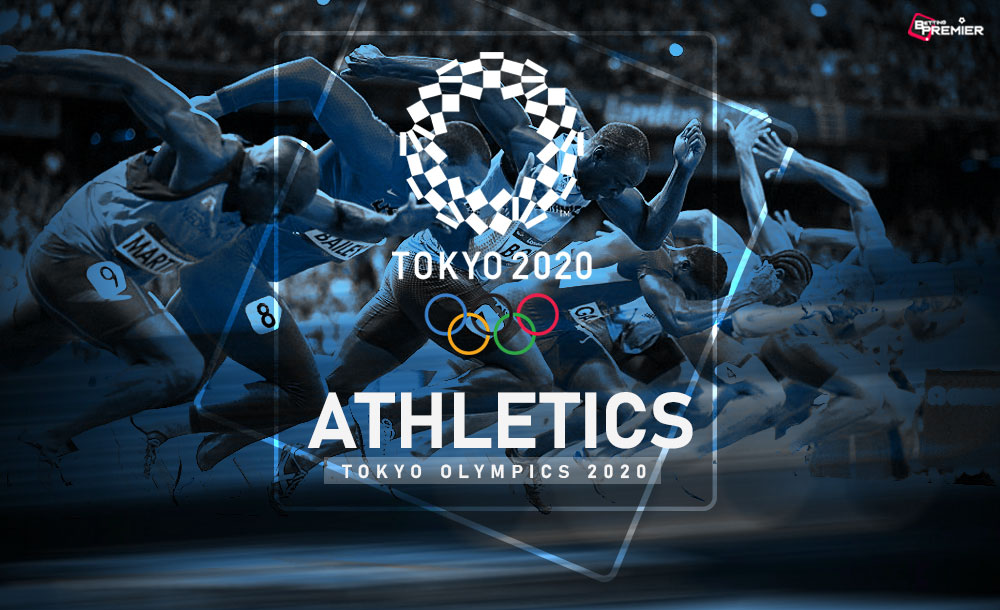 Each event has its highlight or climax. Athletics is one such for Olympics although several games have been represented in this grandest stage. This climax starts tomorrow. The pandemic has fractured the bones of already troubled developing nations, few are championing their way into the Olympics amid all this. Winning a plethora of medals, America is ruling other events of the Olympics. They have plenty of talents for the track like Noah Lyles and Trayvon Bromell. Hope fills the air in Tokyo, several nations await the results of the events.

Tucked in behind Jan Zelezny in the world records, Johannes Vetter competes in the finals. He threw 97.76 metres in Poland and that is the German record. Most of the anticipated players like Julius Yego and Keshorn Walcott failed to qualify. A young sensation from India, Neeraj Chopra threw a whopping 86.65 metres in his first attempt to qualify for the finals. Longing for gold in individual events, the Indians are betting upon Chopra. However, Vetter will be the gold miner if he is back to form.

Ruling the track events, Jamaica are up for the challenge in the 4 cross 100m relay. Holding a season best of 37.82, the Jamaicans are far from beating their predecessor’s world and olympic record in London Olympics. Usain Bolt was a deciding presence in sprinting, he is still an inspiration. The much hyped American sprinters failed to leave their mark in the track events. The relay runners from USA failed to qualify for the finals. China and Canada are close competitors for the Jamaicans.

Team GB, who have been doing surprisingly well this Olympic season are in contention for the relay. They and United States are the top contenders for the gold in this competition. Team GB consists of Dina Asher-Smith Imani Lansiquot, Daryll Neita, Ashleigh Nelson, and Asha Philip. Consisting of a threatening group, Jamaica features the sprinter trio Shelly-Ann Fraser-Pryce, Shericka Jackson and and Elaine Thompson-Herah. Whatever maybe the result, one thing is assured. Women’s track events have improved like never before in history.

For four consecutive Olympics, Usain Bolt ruled the 100m race. Like in other sports, Americans are coming to rule the track. Trayvon Bromell heads the 100m race for America, he participated in the Rio Olympics but a nagging Achilles tendon slowed him down and he finished eighth in the 100m final. However, his track timings have improved paramount and he recorded 9.77 seconds run in this year’s June. He is the top seed for the 100m and given the US dominance, it seems feasible.

Another US player, Noah Lyles is a symbol of hard work. Born into a middle-class family, he steered clear through life’s difficult turns while his asthmatic lungs weighed him down. After years of racing and professional recognition, Lyles doesn’t have to be much worried about his asthma and can focus on the medal. And his recent golds in 2019 Doha for 200m and 4*100m relay speaks about his talent. Lyles’ personal best for 200m is 19.50 seconds. The American can add one to the already plump list of medals for his nation.

Travelling to his mother’s homeland, Michael Norman represents the United States in the 400m sprint. The 23-year-old has been competing in the track since high school, he won the Gatorade Player of the Year award back in 2015. Having both the speed and endurance required for a 400m sprint, Norman might bring in pride for his nation.

Hands down, better for the United States to take all the medals on the track. From Virginia, Stanley Grant Holloway competes for the 110m hurdles and he is the top seed. Initially training as a wide receiver for American football, Holloway chose individual sport at the end. And it is a wise choice. The world will feel it too, soon.

Hailing from Ethiopia, Yomif Kejelcha competes in the 10000m race for men following his two silvers at 2019 Doha. He started his running career as a 3000m runner and is currently the ninth-fastest man indoors or outdoors right behind Alan Webb. Weighing much less than a normal BMI, a gold medal will satisfy his hunger and keep him nourished forever.

Two times Olympic gold medallist for the 100m and a bronze medallist for the same in Rio 2016, Shelly-Ann Fraser-Pryce is one of the greatest sprinters of all time. Overshadowed by his countryman Usain Bolt, hopefully, Fraser-Pryce will be celebrated as she should be in the future. Recently, she won gold in 2019 Doha and 2019 Lima for 100m and 200m respectively. If all goes well, the Jamaican will see gold in probably her last Olympic run.

Setting a record of 21.61 seconds in her Olympic trials, Gabrielle Thomas is the second-fastest of all-time among women athletes. She is right behind the all-time great Florence Griffith-Joyner. Thomas might create a world record in the Olympics and keep the momentum going for the United States.

A Puerto Rican athlete, Jasmine Camacho-Quinn is making a comeback. She participated in the Rio Olympics but was disqualified in the semi-finals for knocking out hurdles deliberately. Her gold account stands at one till now on the international stage, that too came five years ago in 2016 San Salvador. But, she is the favourite for the 100m hurdles and has the experience to pull it off this time.

Battling in the ultimate test of endurance and speed at the age of 21, Sydney McLaughlin’s future appears bright. She won gold in the 2015 Cali and silver in the 2019 Doha, competing in the 400m hurdles. Yet another American athlete shining at the highest level, a victory can familiarize her name for future references.

The current champion in the Heptathlon, Nafissatou Thiam was among Forbes 30 for Europe in 2017 after winning gold in Rio Olympics. She is also an official UNICEF ambassador. Belgium is ranked 44th in the medal ranking as of July 29, if Thiam is focused she will bring home gold once again. And Belgium can hope for a better position in the rankings.