Following a brief break after last year’s finals, the 75th season of NBA 2020-21 kicks off on December 22, 2020. The first half of the regular season extends till the first week of March and the second half will be complete on May 16. A six-day All-Star break stretches from March 5 to 10. The packed schedule promises to bring in the same excitement and thrills of the past seasons.

Off-season strategies and signings carried few shocks and pleasant surprises as it happens all year. Montrezl Harrell’s move to Lakers created a void in the Clippers frontcourt making them lookout for a replacement. Raptors’ Serge Ibaka is pulled in to fill Harrell’s shoes, an off-season rivalry is on the wake of given that the Clippers lured in Leonard a year ago. Dennis Schroder of Thunder is looped in by the Lakers. MJ’s Hornets bought Gordon Hayward from the Celtics, Hayward went through a few rough years during his stay at Boston. In a spiral of controversy, Kings’ Bogdan Bogdanovic was traded to the Hawks. The Rockets traded off Russell Westbrook for Wizards’ John Wall. The Philadelphia 76ers got a new head coach and a new president of basketball operations. Point guard Jrue Holiday will shoot for the Bucks from now on. Retaining Anthony Davis and LeBron James, the Lakers stand tall. 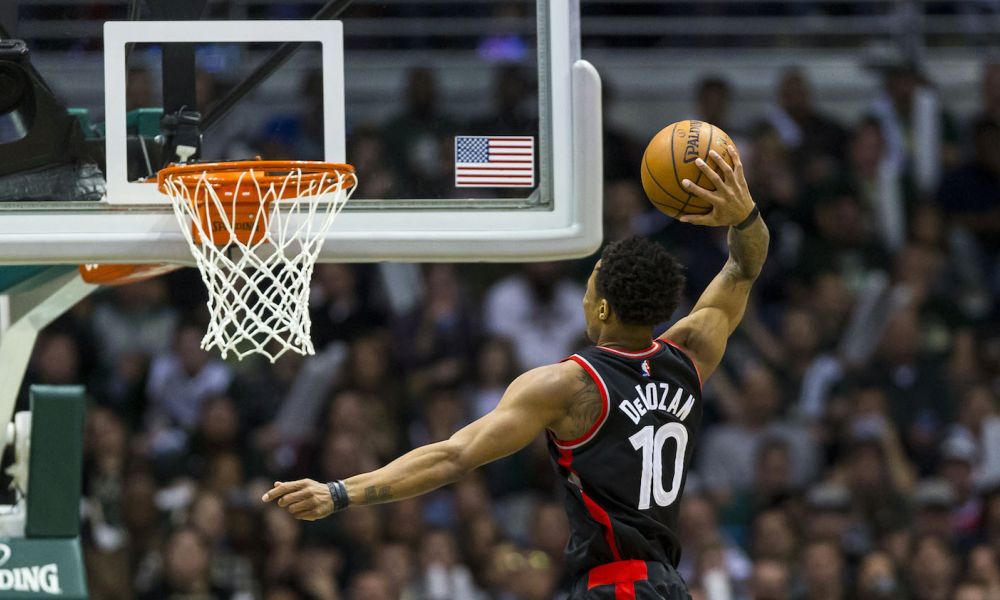 NBA East didn’t go through drastic changes last week. Brooklyn Nets left the top spot to the Sixers, Bucks stunned the Nets, Knicks are showing intent, and Miami and Celtics are on a cold war. Shining bright in the West, Phoenix Suns might usurp Utah soon. Lakers are in a bad state, Nuggets and Clippers are ahead of them. NBA fans will sit tight as the regular season ends in two week time.

Missing LeBron James once again, Los Angeles Lakers challenge their city rivals Los Angeles Clippers at Staples Center on Friday. Dennis Schroder and James Dudley are suffering from calf and knee injuries respectively. Anthony Davis clocked in 33 minutes and scored 25 points against the Denver Nuggets on Monday. That is a good sign for the Lakers but a couple of errors can push them into the play-ins rather than the play-offs. Clippers, on the other hand, have clinched the play-offs and stand third in the West. But their past reputation and the three-game losing streak they went through recently, doubts them as title contenders. Their clutch-game hasn’t improved, Paul George was only able to scored 20 points against the Nuggets 104-110. Serge Ibaka is on the treatment table, Coffey and Beverley may play on Thursday. Lakers are on the road favourites in this fixture.

Leaders of the West, Utah Jazz host Denver Nuggets at Vivint Smart Home Arena this Friday night. With the Suns on their heels, Jazz are competing with full force for the top seed. Clinching that will help them evade the Los Angeles Clippers and the Suns till it is absolutely neccessary. Ankle injury to Donovan Mitchell and some muscle issues to Mike Conley stands between them and the top seed. On a positive note, Conley might star for the Nuggets night. Lakers beating the Nuggets won’t have been a surprise but them doing so without LeBron James is a critical issue. Eventhough the Nuggets were on a five-game winning streak, their clutch-game dwindled in front of the Lakers. That can hint on a win for the Jazz, the same way that Utah edged past Nuggets 105-109 in mid-January.

On an atypical form, with three back-to-back defeats, Brooklyn Nets face the Denver Nuggets at Ball Arena for a Saturday affair. The hosts, the Nuggets, are doing well despite a loss to the Lakers 93-89. Their MVP candidate Nikola Jokic slotted in 32 points, nine rebounds and five assists on that game. NBA can just hand him the MVP of the year trophy right now. No team in the current season relies on a Centre like the Nuggets do on Jokic. A dominant performance from Giannis Antetokounmpo denied a victory to the Nets albeit Kevin Durant and Kyrie Irving stacking up points. The seven-foot point forward made nine rebounds in that game while scoring 32 points. Since bringing the Big Three under one roof, the Nets couldn’t play them all at once due to injuries and various reasons. Hamstring injury to James Harden is the latest and he won’t play against the Nuggets. With the Big Three in their best health, the Nets are favourites for the title. Without Harden, the Nuggets might outsmart Steve Nash’s men.

Fighting for the play-off spot, Boston Celtics and Miami Heat battle it out at TD Garden on Sunday and next Tuesday. The Celtics are on a rough patch lately, losing five of the past eight games. Jayson Tatum and Jaylen Brown got into a nasty collision, Brown walked off the court holding his side. But he and Kemba Walker, who sustained an oblique strain, are recovering well and will participate in the home fixtures. Celtics have a better clutch game against mid-range teams, they beat Miami in a reverse fixture in that manner 105-107. Boasting one of the best defences in league, Miami Heat are winning in the East. Their three-game on the trot victories were snapped by Mavericks 113-127. However, the way they succumbed against Chicago Bulls 102-110 raises concern. If Jaylen Brown shined alongside Jayson Tatum, the Celtics can deny victories to the Heat.

Chase Center will witness the early week clash between Golden State Warriors and Utah Jazz, with the hosts coming as underdogs. Yet, no one can rule out the possibility of victory for the Warriors till Stephen Curry stays on the court. In the previous five games, Curry has attempted at least 15 three-pointers and scores at least six three-pointers. Brilliant 41-points against the Pelicans 108-123 coupled with eight assists display his greatness. Stuck in the play-in zone, the Warriors are behind Grizzlies and Blazers. Top horse in the West, Utah has gone through few slip ups in the last few games. Phoenix Suns humbled them 121-100 gone Friday, Devin Booker was dominant in that game scoring 31 points. Currently, Donovan Mitchell, Mike Conley and Udoka Azubuike are on the injury list. But they will return for this Warriors game. A one-man show from Curry might save the Warriors, otherwise, Utah will humiliate them at their home.

Sunday sees the Los Angeles Lakers host the Phoenix Suns at the Staples Center. Overpowering the injury demons, the Lakers are here to seal their play-off spot. Raptors, Kings and Wizards were the recent below par teams to beat Lakers during this down time. But LeBron James will recover on time to face the Suns, Anthony Davis could use that to the Lakers advantage. On the other end, Phoenix Suns are pursuing Utah Jazz for the top seed with five wins on the bounce. They trifled Knicks 110-118, Clippers 109-101 and Jazz 121-100 in back-to-back games. That says everything about the Suns, the Laker might just become another feather in their hat. Chris Paul and Devin Bookers are the two axles in which the Phoenix vehicle runs. The travellers might disappoint the defending champions on Sunday.

Seasoned but suffering Warriors invite Phoenix Suns to Chase Center on Tuesday. The Pacific division rivals locked horns twice since the turn of the year, in both, the Suns reigned the victor. Devin Booker’s scoring has dropped down a bit but his defensive game has improved. The Suns delivered appalling team performances in those reverse fixtures, but now the weather has changed. Chris Paul was on full throttle against Cavaliers 118-134 on Tuesday, providing 16 assists while Devin Booker recorded 31 points. Consistency has been a problem for the Warriors albeit having Stephen Curry by their side. The travellers will deny a win to the hosts.