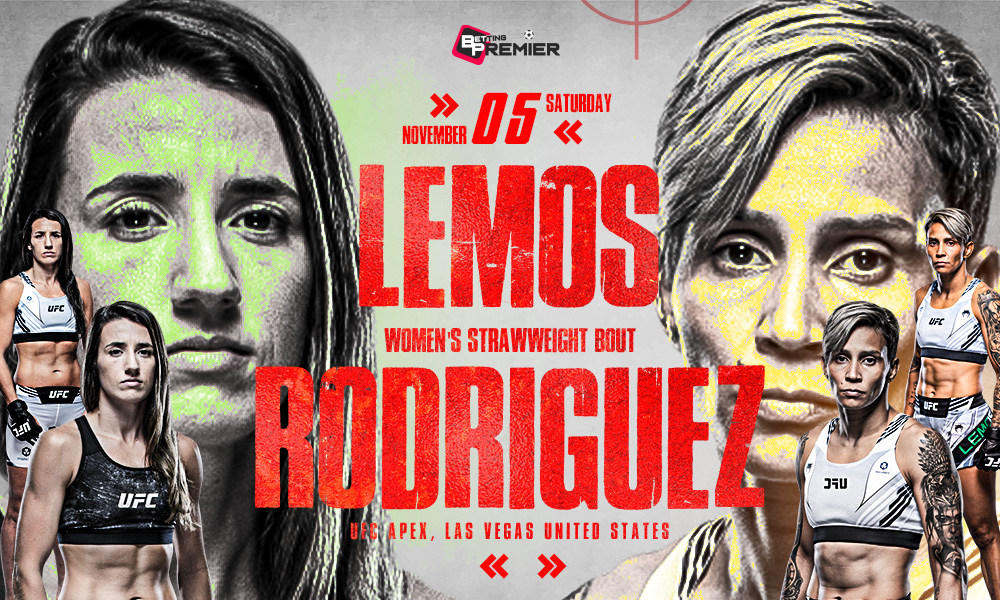 In the main event of the most recent UFC Fight Night at the Apex on Saturday night, Marina Rodriguez and Amanda Lemos will be vying for a chance at the women’s strawweight title. Lemos is also in excellent shape after winning six of her past seven bouts inside the cage, but Rodriguez enters this battle on a four-fight winning run and will be hoping to make it five.

Bryce Mitchell and Movsar Evloev, two rising featherweight contenders, were initially scheduled to fight in this weekend’s main event. However, it appears it has to wait as Evloev is out due to an injury. So instead, the UFC scheduled Marina Rodriguez and Amanda Lemos, two elite strawweight, to headline this program. Even if it doesn’t have much star power, it should still have fascinating action.

How to watch UFC Fight Night, Rodriguez vs. Lemos?

ESPN network broadcasts the event in the United States and on its OTT platform ESPN+, which offers live streaming for its subscribers.

BT sport will officially broadcast UFC in the U.K.

UFC’s official website offers UFC Fight Pass for viewers and fans worldwide to live stream the event based on a subscription.

Rodriguez has a better chance than the others to win the strawweight championship in the octagon. Since joining the promotion in 2018, the Brazilian has only faced one defeat, which she suffered at the hands of the reigning champion Carla Esparza. Lemos, in contrast, is 6-1 overall at 115 pounds and is coming off a victory over Michelle Waterson. Her lone loss came from Jessica Andrade, who put her to sleep using a standing arm-triangle choke. Rodriguez may have had some difficulty with her last adversary Yan Xiaonan, but Yan also has a difficult-to-control hitting style; thus, Rodriguez did prevail with a perfect final round.

Since Lemos has only lost two fights in the octagon and eliminated two of her opponents via TKO and another two by submission, it’s difficult to deny her superior finishing power. Nevertheless, Rodriguez is likely the more experienced fighter overall, given two of her most recent victories, against Waterson and Mackenzie Dern, who were high-profile contests. In addition, she often fights behind a jab and builds up her combos efficiently, whereas Lemos is more prone to wing power attacks at her opponent, wasting energy in the process. Therefore, it might give her a slight technical advantage against her rival in this battle.

The Pick: Rodriguez via Decision.