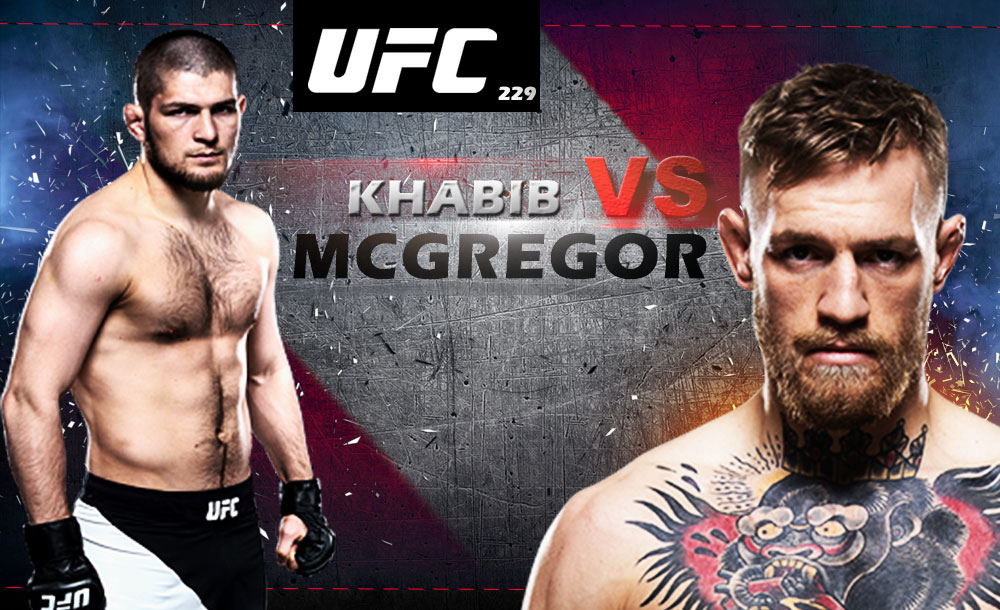 Khabib Nurmagomedov vs Conor McGregor is a clash of styles that the MMA is looking forward to. Perhaps to watch the best grappler in the game fighting the best striker in the game is the dream of every UFC fan. After nearly two years of gap, McGregor will be heading back into the Octagon to face Nurmagomedov on October 6, 2018 (Eastern Time) at UFC 229. This match is expected to set a new record of the PPV (pay per view) buys.

Khabib will enter the Octagon with an unbeaten record of 26-0 whereas Conor has a record of 21-3. McGregor is probably the most popular sports athlete of our time and the undefeated streak Nurmagomedov will be the toughest competition McGregor has ever faced in Octagon.

A must watch fight!

To be precise, the UFC 229 will be seeing a fierce battle between Conor McGregor, a comeback story and Khabib Nurmagomedov, an unbeaten champion. The rivalry of Conor, who is known for his flashy lifestyle and unrivaled trash-talk that spares no soul, against the Russian wrestler Khabib, who has clinched the Lightweight championship in the absence of Conor is expected to be the best fight UFC has ever seen.

Conor is one of the most elite fighters and is known for his fury fist and instinctive kicks which has made most of his opponents unconscious. On the other hand, Khabib has got professional skills like grappling, ground-and-pound techniques and is the Lightweight Champion of the UFC 223.

The fight is said to be ‘A must watch fight’ because it is a mesh of two completely different styles – the wrestler against the striker. 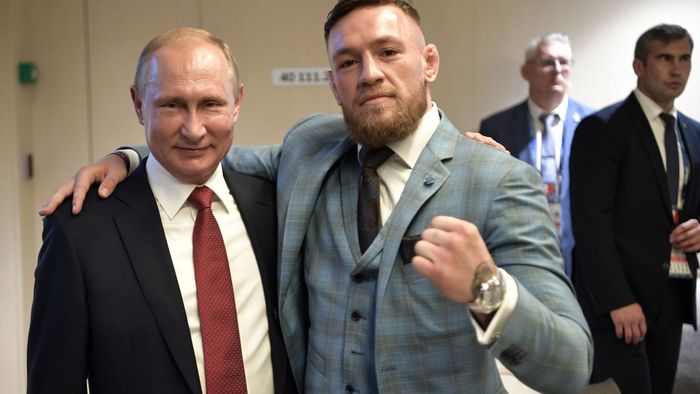 Conor McGregor started his MMA career in 2008 and by 2016 he became the first fighter in the UFC history to hold two weight class championship simultaneously. As of August 8, 2018, Conor McGregor stands second on the UFC’s pound-for-pound rankings. McGregor net worth reached new heights after his professional boxing match against Floyd Mayweather Jr. The pull-back left-handed counter of McGregor is considered to be the most dangerous strike that defines his fighting style. McGregor has won the following championships one time each:

Apart from these championships, McGregor has won many titles like: 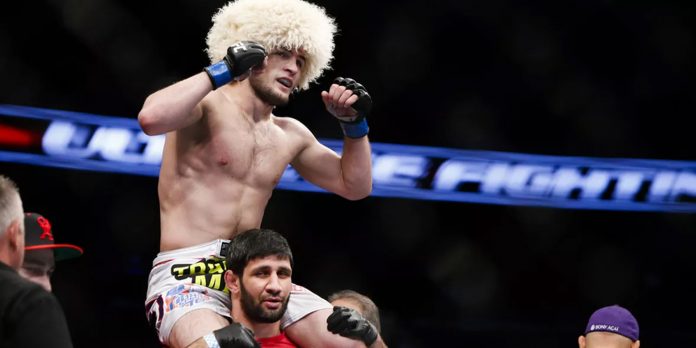 Khabib Abdulmanapovich Nurmagomedov is a versatile fighter who has been two-time Combat Sambo World Champion, holds a black belt in Judo and is a Russian Mixed Martial Artist of Avar. His professional MMA debut was in 2008, after which he succeeded to win 3 cups and a league under a month. Over the next three years, he maintained an undefeatable record of finishing 11 out of 12 opponents.

As of August 6, 2018, Khabib Nurmagomedov is on 8th position in the official UFC pound-for-pound rankings. At present, the longest undefeated streak in MMA history is held by Nurmagomedov. The championships and tournaments won by Nurmagomedov in MMA, Sambo and Grappling are listed below:

In addition to these awards, Nurmagomedov was also honored with various titles like:

Check out the stats below from official UFC website for the comparison of Khabib vs Mcgregor. 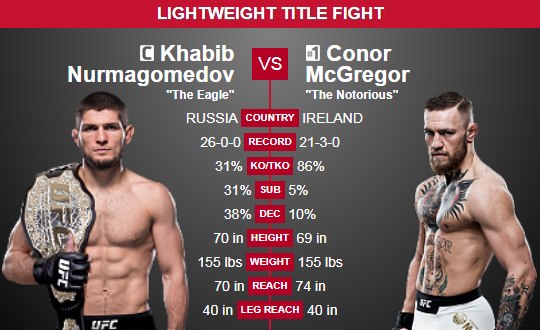 As of 4th September, the outright winning odds of Khabib Nurmagomedov vs Conor McGregor (via Bet365.com).

Who is the best?

Khabib Nurmagomedov is widely considered to be the best fighter in UFC because of his continuous unbeaten wins of the weight classes. His current achievement of UFC Lightweight Championship (2018) is a living proof that he is the best pound-for-pound fighter in MMA. Conor McGregor was dormant for almost 2-year hiatus from the UFC because of which he was forced to hand over his lightweight belt along with the featherweight belt. He has never lost a Lightweight belt before, which adds even more spiciness to the match. Both the fighters have their own fighting style and it gets tougher and tougher to pick the best.

What do you think about UFC 229? Let us know in the comments below.

UFC 228 Woodley vs Till Betting Odds