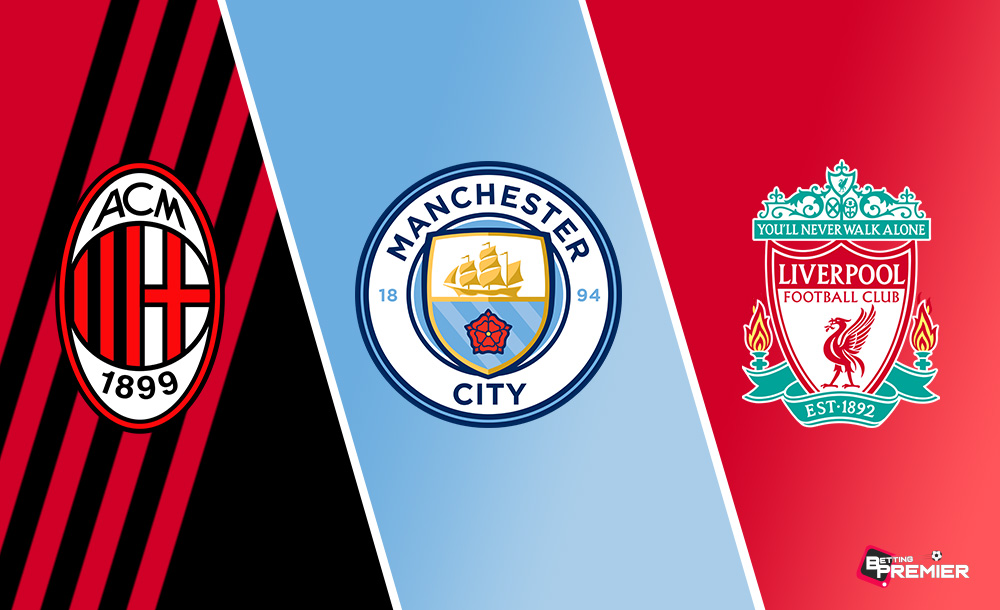 Following Manchester City’s 2 year ban from UEFA competitions, it is the right time to recall such bold moves from the European Board over the years. Although it seems like a rare event that a team gets banned from entering European competitions, history speaks for itself as there were many times such decisions were implemented by the UEFA.

Since the UEFA Disciplinary Body has the right to ban a team from participating in any one or more of its editions of European competitions, it has always declared such announcements whenever teams crossed the line over. 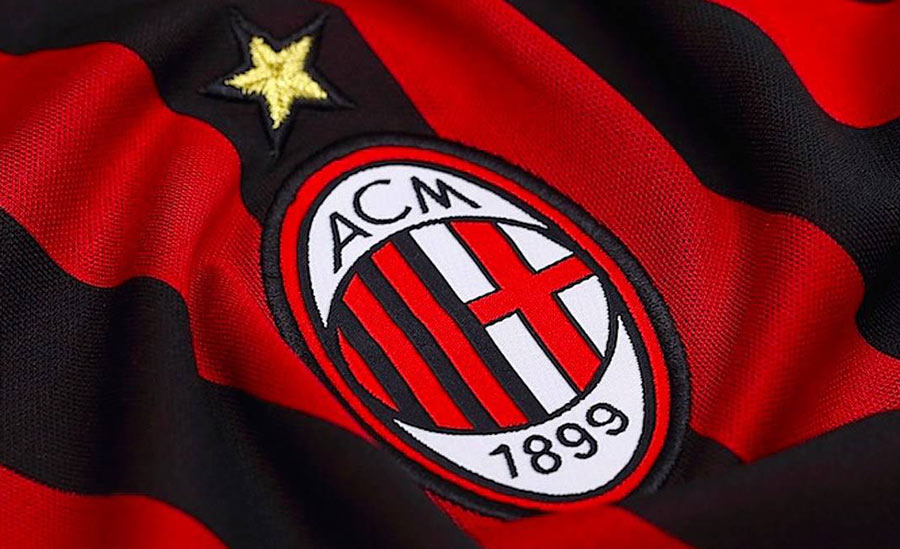 The Italian club got a sanction for failing to meet Financial Fair Play regulations in the 3 year periods between 2014-17 and 2015-18. They struck a deal with the governing body for just one year for overspending and the Court of Arbitration for Sport ruled saying the 5 time European Champions would be excluded from participating in the UEFA club competitions of the sporting season 2019-2020 for not meeting their break-even obligations. It means that AS Roma who ended the season 6th in Serie A will now take the Italian’s spot in the Europa League group stage.

The Rossoneri had appeared to be signing loads of pricey players without any major sales and there were circling questions about Financial Fair Play irregularities. Later UEFA banned Milan – the 2nd most successful team in Champions League history from the European competitions for the 2019-20 season. They would have qualified for the Europa League after finishing 5th in Serie A.

After one year away from European competitions and Milan are actually in a significantly worse position than this time last season. They’re still ahead of Napoli, Sampdoria and Torino in the league, but Stefano Pioli’s side are 10th in Serie A this time. Milan are still a big draw for players abroad thanks to their name alone, but they’re set to be going into another season without European competitions in 2020-21. 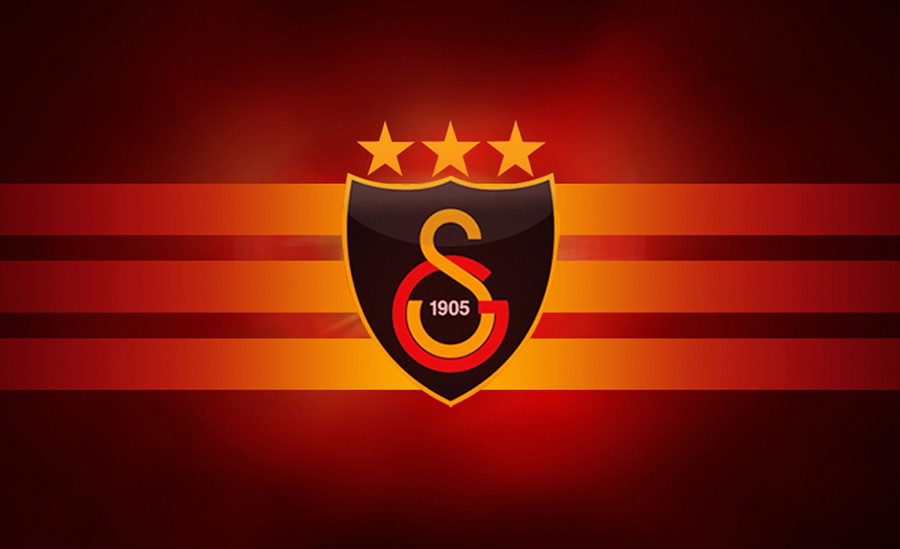 The Turkish giants received a ban from UEFA for breaching FFP in 2016 and the club was banned from participating in UEFA club competitions for 2 seasons: 2016-17 and 2017-18 seasons. Galatasaray did qualify for the 2016-17 Europa League, but were excluded. Osmanlispor who finished 5th in the league filled their spot and Galatasaray have been suspended from European competition for a year for breaching FFP rules.

The Istanbul club is currently 5th in Turkey’s Super League and finishing in that position would leave Galatasaray outside the qualifying places for next season’s Champions League and Europa League. The 2000 UEFA Cup winners have played in the Champions League for the past 4 seasons, going out at the group stage of this season’s competition. They dropped into the Europa League but lost to Lazio at the Round of 32 stage. 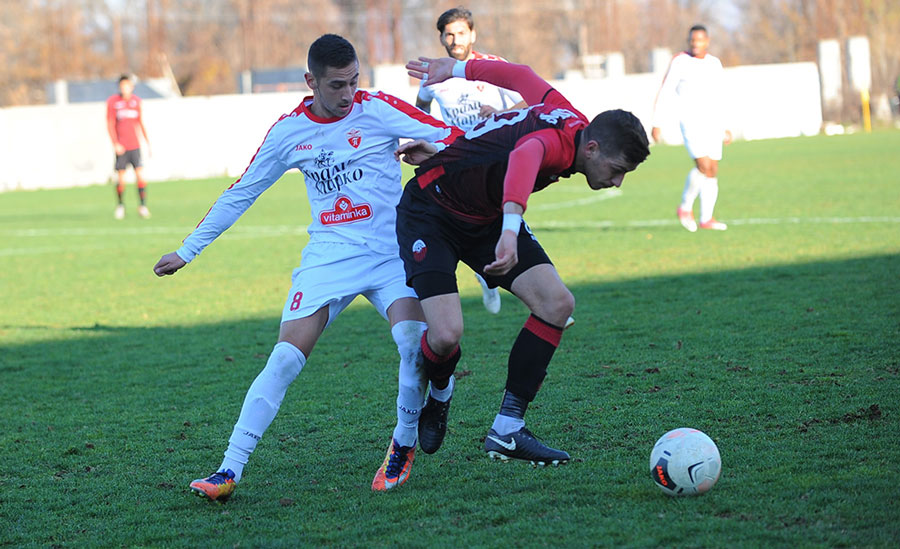 Macedonian side FK Pobeda have been banned from European competition for 8 years after being found guilty of manipulating the outcome of a Champions League match. The UEFA Control and Disciplinary Body issued the suspension for breaching the principles of integrity and sportsmanship under Article 5 of the UEFA disciplinary regulations.

On top of their ban, which came into effect in 2009, club president Aleksandar Zabrčanec and former captain Nikolce Zdravevski were given lifetime bans. The charges against Pobeda relate to the club’s Champions League first qualifying round tie against Armenian club FC Pyunik over two legs on July 13th and 21st, 2004. UEFA’s ruling was based on reports of irregular betting patterns and the declarations of witnesses.

The ban wasn’t just the end of FK Pobeda in Europe, it was actually the end of the club as a whole. The following year, phoenix club Viktorija – which has since been renamed after the original team was formed and they’ve been floating around Macedonian’s divisions since. They were in the top flight as recently as last year, but the 10 year old FK Pobeda were relegated and are now looking for promotion again. 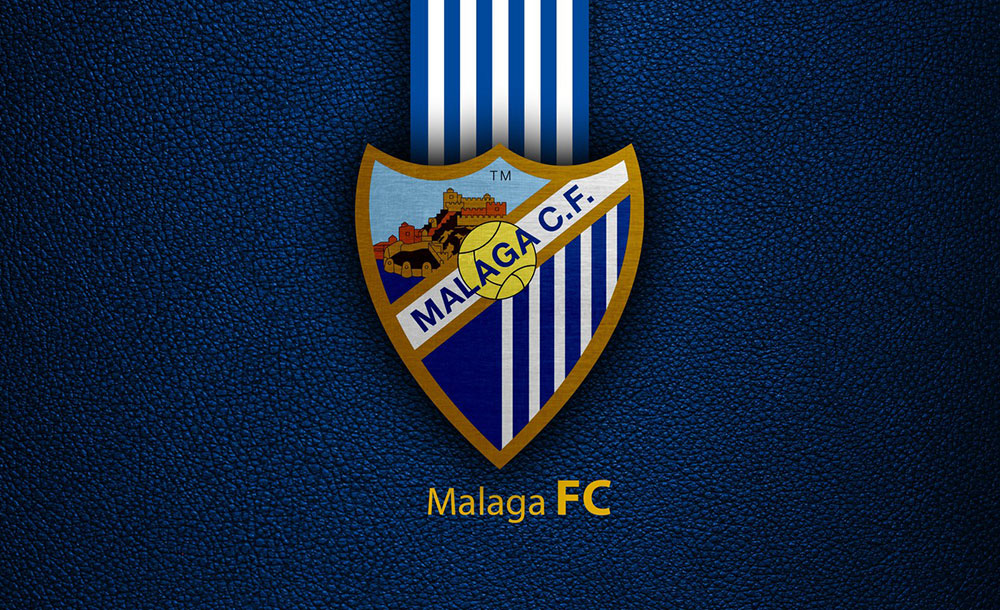 ​As recently as 2013, a Malaga side managed by Manuel Pellegrini equipped with star players Joaquin, Isco, Julio Baptista, Roque Santa Cruz and others were on the verge of the Champions League semi-finals. But they only went on to suffer a late defeat to Jurgen Klopp’s Dortmund.

Under the ownership of highly controversial Qatari Sheikh Abdullah ben Nasser Al Thani, Malaga had looked to shake up the Spanish league and Europe. Unfortunately, a failure to pay their debts saw the Andalusian club handed a 4 season UEFA ban, which was later reduced to one. That summer saw Isco, Joaquin and several others leave, while things have gone from bad to much much worse on Spain’s Costa del Sol.

Seven years on from their one season in Europe’s top competition, Malaga are battling against relegation to Spain’s 3rd tier, while off-field issues concerning finances and leadership have put the club’s existence in doubt. 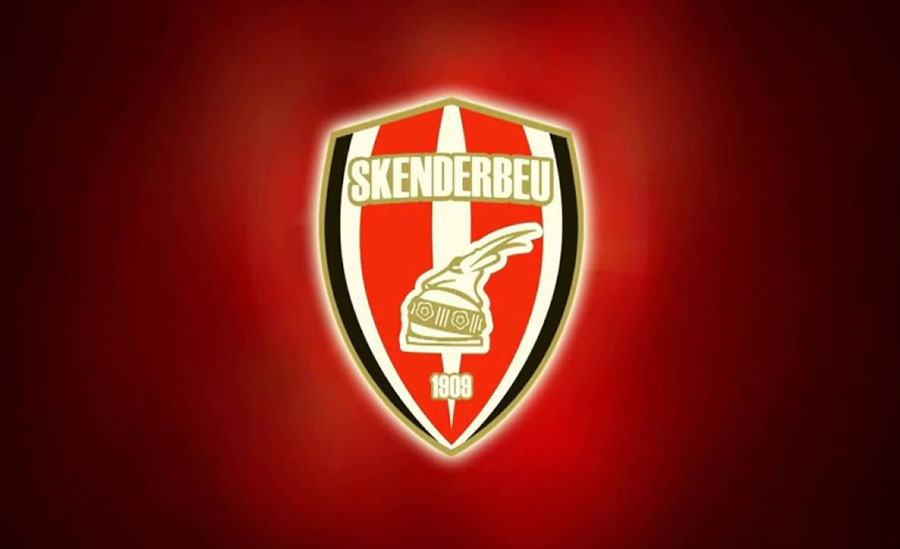 The former Albanian league champion KF Skenderbeu were banned from UEFA competitions for the 2016-17 season after being found guilty of match-fixing. Although a one-year ban would suffice, UEFA continued their investigations with Skenderbeu to put Manchester City’s 2 year ban to shame.

Having already served a 1 year ban, Skenderbeu were then banned from UEFA competitions for a devastating 10 years. Since the Court of Arbitration for Sport (CAS) dismissed Skenderbeu’s appeal and upheld the decision following years of investigation into match-fixing. Using evidence of betting patterns, UEFA investigators found fixing of 2 Champions League qualifying games and 2 Europa League group stage games.

The authorities also believed Skenderbeu were responsible for fixing up to 50 games in their domestic league. Despite still being able to play in the Albanian Superliga, they’ve been unable to get back to their title-winning form from the last decade and currently sit 8th in the league comprising of 12 teams. 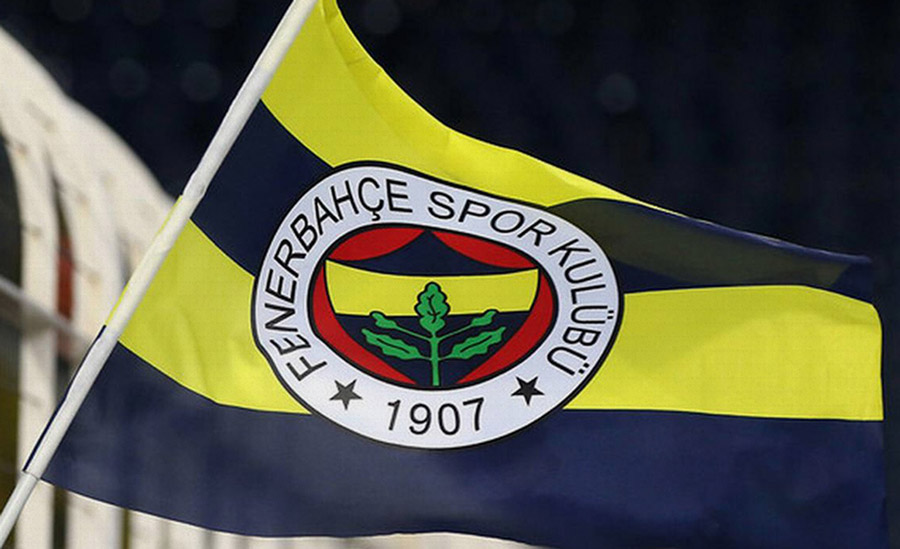 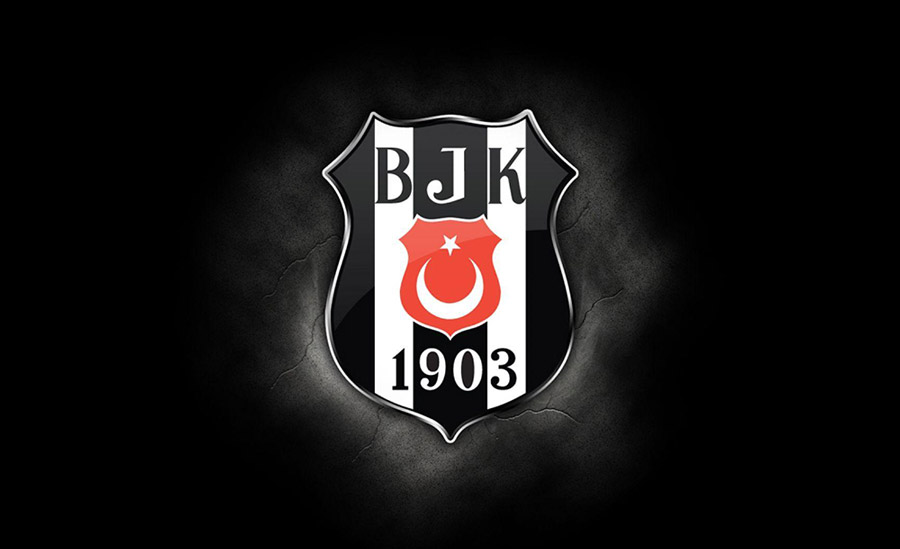 An official statement of UEFA read: “The control and disciplinary body carefully analysed the situation of Fenerbahce and Besiktas and has pronounced the following sanctions: Besiktas is not eligible to participate in the 2013-14 UEFA Europa League.

Fenerbahce is excluded from participating in the next 3 UEFA club competitions for which it would qualify, including the 2013-14 UEFA Champions League season. Beşiktaş were handed the lighter punishment with a one-year ban, while Fenerbahçe faced 3 years out of European competitions.

Despite their absence, both sides have obviously bounced back from the European ban and are still among the top side in Turkish football alongside Galatasaray and newcomers İstanbul Başakşehir. 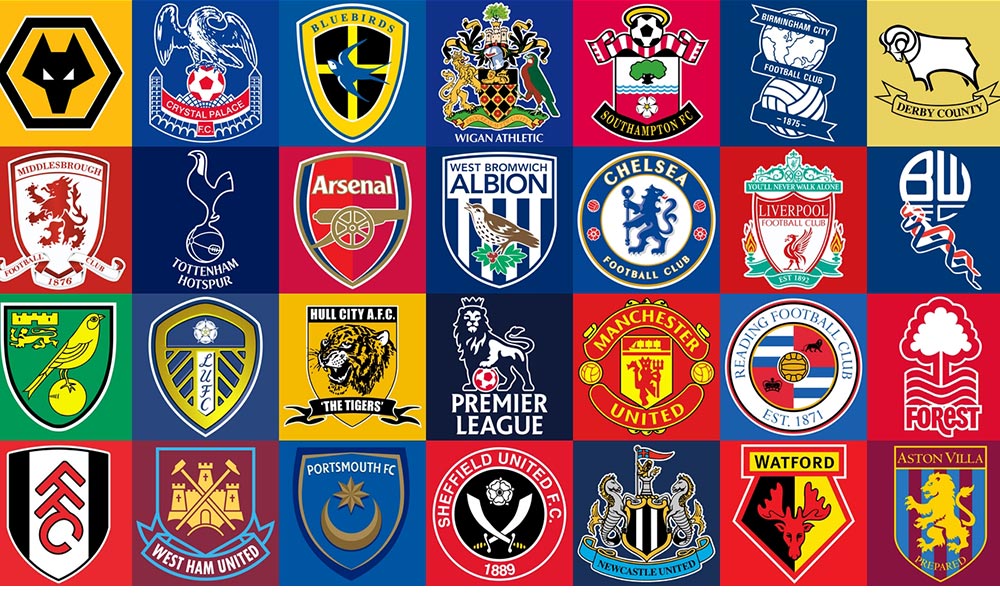 The 1985 European Cup final pitted two of the most successful clubs in Europe against each other: Juventus from Turin and Liverpool, who were the defending European Champions. At 7 p.m., right before the start of the match, a group of Liverpool fans, drunk from a day spent at the bars in Brussels, charged after a group of Juventus fans.

In the melee, a stadium wall collapsed, crushing some spectators. Others were trampled in the ensuing rush to flee the stadium. In all, 32 Juventus fans were killed as well as 7 bystanders. Hundreds of other people were injured and to avoid further rioting from the unruly crowd, the game went on as scheduled and Juventus won 1–0.

In the aftermath of the Heysel Stadium disaster in 1985, all English clubs were given a 5-year ban from European competitions. Since Liverpool were singled out by the authorities and were initially given an indefinite ban, it was later reduced to 10 years and then once again to 6 years. The English clubs had won the European Cup 7 times in the 8 seasons prior to Heysel and the ban changed the dynamic of football across the continent. English teams were readmitted to the UEFA after the 1990 World Cup and have since won the Champions League 5 times and UEFA Cup and Europa League 4 times. 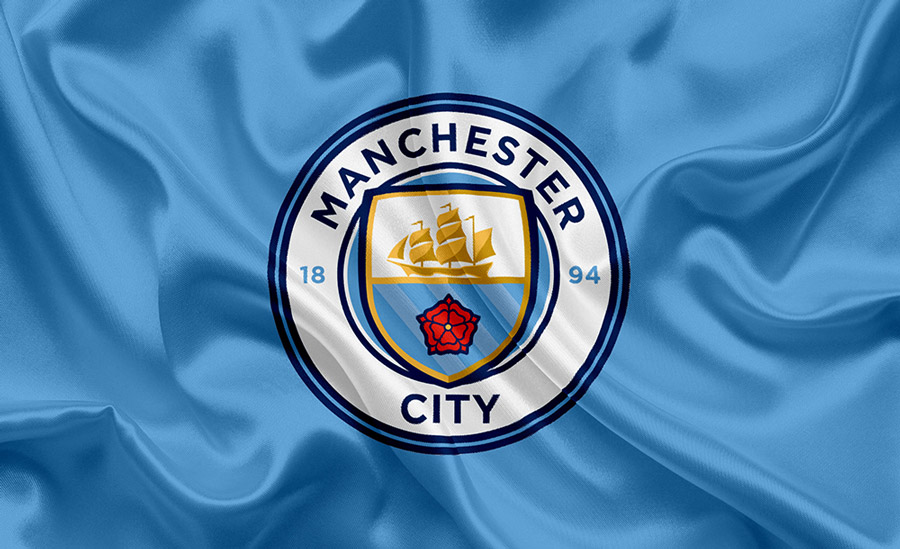 The club has already announced that it plans to appeal UEFA’s ruling at the Court of Arbitration for Sport at the earliest opportunity. In the meantime, Manchester City are still competing in the Champions League this season as they play against Real Madrid in the Round of 16 on February 26. Manchester City’s 2-year ban from UEFA competitions is by far the worst punishment they could have been given, but it looks set to have serious ramifications for the club moving forward.

Although it’s just speculation, Pep Guardiola’s position at the club has already come under question following UEFA’s ruling. He’s been linked with jobs across Europe and only has a contract at Etihad Stadium until 2021. City should still be able to attract big players to the club through their financial muscle alone, but without the revenue and exposure from the Champions League, the likes of Manchester United, Arsenal and Chelsea have become much more attractive prospects for players moving to the Premier League.