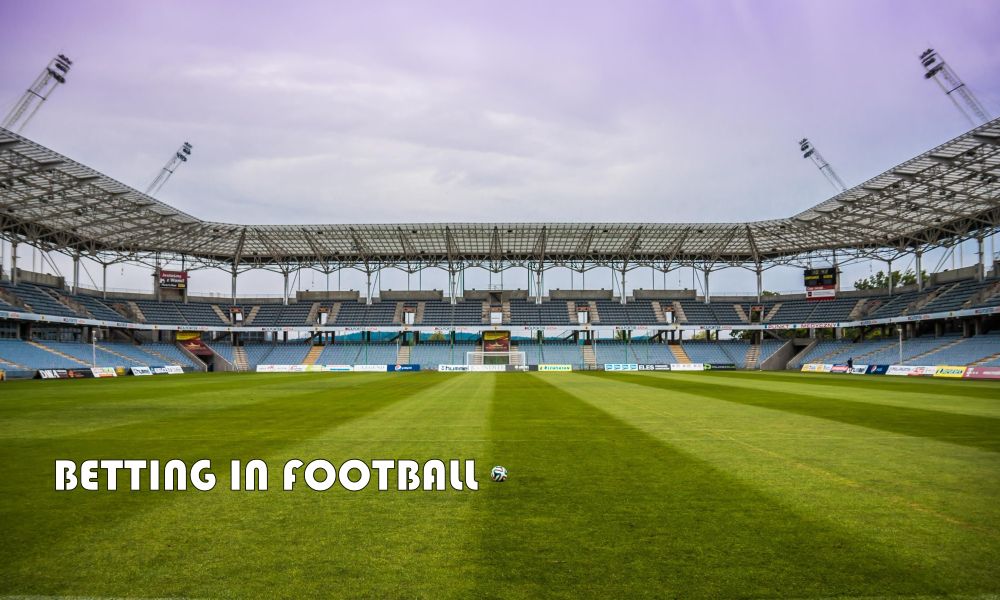 Football is a team sport which is one of the most watched sports in the world. The Football Association formed the rules and regulations of football also called as association football in 1863 England. It is considered the world’s most popular sport because of hundreds of millions of spectators and around 250 million players playing in over 200 countries.

In Football, the Laws of the Game is issued by FIFA which provides the rules of football but are upheld by the International Football Association Board. For every four years the primary international competition of football, the World Cup takes place which is structured by FIFA.

After the World Cup, other international tournaments like the continental championships which are conducted among various national teams by each continental confederation commences. With the variant tournaments and leagues in football, multiple betting options are offered to cover the high demands.

Types of Betting in Football

Some of the common and standard available betting types similar to other sports are listed below:

Money line bet in football allows a bettor to wager on three different conclusions; one on each team’s win and one on a draw. Most of the money line betting does not include the penalty shots and overtime granted apart from the standard 90 minutes regulation time plus injury time.

In some cases, they may be taken into account. Hence one should be sure about the betting type he has chosen before wagering. The money line odds differ based on the competitiveness of the teams in line.

To bet on a draw, it is important to reflect on how evenly matched the teams are and how likely the match would end up in a draw. Consider the following example:

The point spread bet is to wager on a team which may score more number of goals. In general, the point spread for football is fixed as -0.5 and +0.5. The odds are increased to -/+1.5 by the bookmaker if he is certain about the favorites to win the match.

The favorites are more benefited by the point spread bets as the team has to score 2 goals to bag the cash. The underdogs have to wage more, yet have high chances to win if the team draws or wins the match. The money line bets and the over/under bets can be combined in some cases. Consider a World Cup match between Brazil and England:

As the name suggests, the bookmaker predicts the combined score of the match that will be scored by the two teams and bets are placed whether the actual score will be over or under the predicted score. Generally, 2.5 point spread is fixed for a match whereas the odds vary according to the capability of the teams.

If the teams are capable of high-scores then a point spread of 3.5 is fixed. If the match is expected to be low-scoring then 2.0 is fixed. Consider a match between Liverpool and Manchester City in the English Premier League:

In this scenario, the combined score of the teams should be either 2 or lower to win the ‘under’ or above 2 goals to win the ‘over’ bet. If the scoreboard displays 1-0 then the under bet wins and if the scoreline is 2-3 then the over bet wins as the total score is 5.

The prop bets are more interesting than any other betting types. The bettor must have the basic statistical knowledge of a particular team, of a particular player to wager. The payouts are high in a proposition bet if the prediction is correct.

Bets can be placed on a match, season or even on a player’s strategy in the first half or the other. Listed below are some of the examples of proposition bets:

Will Wayne Rooney get a goal this game?
Will Liverpool slam the Premier League title this season?
Will Ronaldo net a goal within the first 10 minutes of the game?

The parlay bets also known as the multiple bets involve betting on more than one team as a single wager. The payout is high, yet the gameplay is risky in a parlay bet. You may bag the payout only if all the selected bets win otherwise you lose the bet along with your initial wage. Consider the following 2-team parlay betting in a Premier League:

If a bettor chooses that the United will win the match and there will be a draw in the Chelsea/Arsenal match then to win the bet both the predictions must be correct. If the prediction turns out to be right then a profit of $230 each will be won by the bettor making a total of $360 for an initial wage of $100.

The Future bets are bets placed on the result of a whole competition, league or a season. The payout of future bets are high, yet the bettor has to wait till the end of the season to get his payout. If the bettor has good bankroll management then this might be an appropriate betting option for him.

For example, the odds for the teams of an English Premier League is fixed as follow:

The bettor has to wage on any one of the teams and the corresponding odd is calculated and awarded if the prediction is correct. These odds are fixed at the beginning of the season, but the bets can be placed after watching a few matches as the betting market displayed above stays open throughout the course of the season.

Apart from these types of betting, there are some additional bets available for the bettor’s advantage. They are:

The correct score bet is an accurate prediction of the goals that might be scored by the two teams. It is very hard to predict the exact score than to simply predict the winner of the game and so the bookmaker provides a higher payout to attract the bettor. The following example displays the correct score market of New Castle and Watford:

From the above odds and options available, the bettor has to choose the most appropriate possibility and bet on it.

Payout will be settled even if any one of the two selections is right, but if the third unselected option turns out to be the final outcome then the complete wager is lost. An example is given below which might help you understand the concept:

From the above odds, we can interpret that, if a bettor wagers on the Toronto FC or FC Dallas option then he will bag his payout if any one of the two teams wins. If the game results in a draw, then the wager is lost.

The draw no action bet provides the bettor to choose the outright winner of the match. The bettor can pick only from the teams and not the draw option. If a draw is how the game ends the initial stake is returned. In simple words, if the game ends up as a draw, the bet is canceled which means the initial wages are returned back to the respective bettors.

From the above example, it is clear that the odds are bit better yet less than the usual win-draw-win. If a bettor bets on Los Angeles but the match is won by Everton then the bettor loses his wager whereas if the match is a draw then the bettor gets back his initial stake.

The Handicap betting deducts or adds goals to the actual scored goal score by the two teams. The final score after reduction and addition decides the winner of the bet. In general, if the negative handicap (favorites) is high on a particular team then that team is less likely to win the match. To understand this concept better an illustration is given below:

From the above table, it is clear that the Whitecaps are the favorites and the Sounders are the underdogs. As the table displays, the odds of the favorites increase with respect to less likely winning handicap score. If a bettor bets on Whitecaps (-2) then the Whitecaps must win with more than 3 goals to bag the payout.

If the bettor chooses Sounders (+2) and if the Sounders lose by a single goal the bet will still be won as 2 extra goals will be added to their final score.

The 1X2 bet is an interesting betting type which allows a bettor to choose three possible outcomes of a match. A home win is assigned 1, away win as 2 and X for the draw. Football is considered to be a low-scoring game and hence the possibility of a draw is high.

Unlike in other sports, a draw in football is not settled with overtime or penalty, a draw match is considered a draw. Consider the following example:

Arsenal is consigned 1 as they are the home team, Manchester City is the away team and hence represented by 2 and the draw is X. The odds fixed for the Arsenal is 1.40 as favorites, the Manchester City being outsiders are given 8.70 and an odd of 5.02 is fixed for a draw.

Therefore for an initial stake of $100 on Arsenal will pay $140 if they win. The possible return for Manchester City is $870 whereas for a draw an amount of $502 will be taken home by the bettor.

To exactly predict the first and the last goal scorer of a match is highly impossible. It is a mere guessing bet which may or may not be in your favor. Though the odds provided are relatively high this betting is not worth wagering more since there is no strategy followed and is completely based on luck.

The odds allotted for the players who are efficient in scoring goals are listed below:

The bettor has to choose from the listed players and place a bet. List of the expected first goal scorers and the last goal scorers is provided separately with enticing odds.

Both Teams To Score

This type of bet is quite new in football betting which involves wagering on both the teams. It is a simple ‘yes’ or ‘no’ bet on which odds are fixed. Some bookmakers also provide odds on the teams and let the bettor choose an outright winner along with the Both Teams To Score (BTTS) bet. An example below elucidates the BTTS bet:

In this scenario the odds are somewhat close, but when two strong attacking teams clash the odds will vary drastically. For example:

The Scorecasts bet is a combination of the first goal scorer and the exact prediction of the final score at the end of the game. The payout is quite high, yet the prediction is highly impossible to get it right. There is no standard strategy followed in this type of betting. It is mere luck and guesses that will help you bag the jackpot.

Live score betting is exclusively meant for the recreational bettors. Bettors who do not have much knowledge about the sport can place an initial stake by watching the sport for some time and later predicting on the next possible move. Some of the common live score wagers are listed below:

Which type of Football betting do you prefer? Let us know in the comments below.