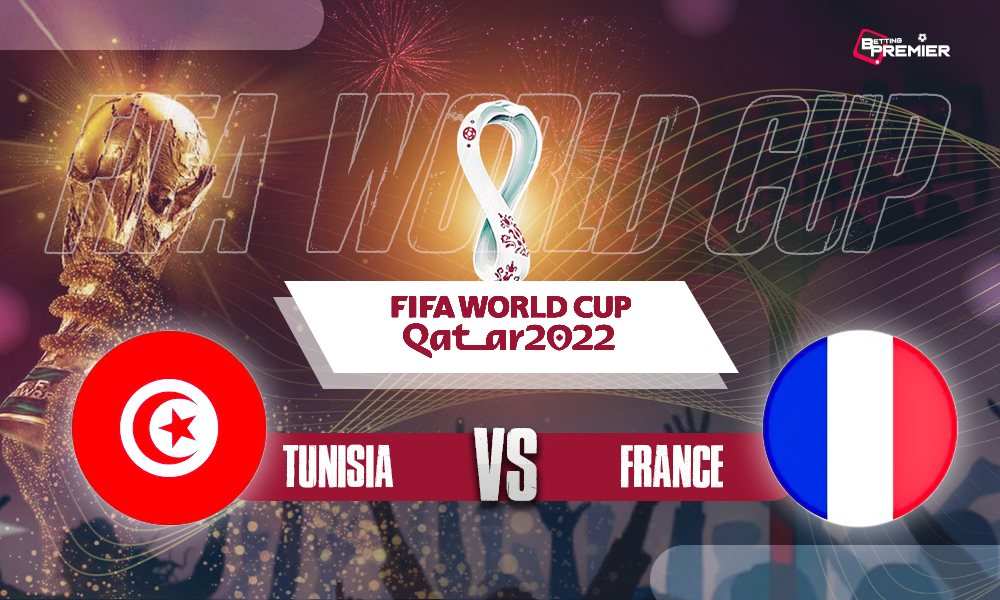 On Wednesday, Tunisia will clash with France in the FIFA World Cup 2022 at Education City Stadium for a Group Stage fixture. Even though the African side is the underdog going into this match, the three previous games—two of which ended in ties—show that anything can happen. For this World Cup, Tunisia undoubtedly had more enormous expectations, but the team’s chances are still alive. Currently, it will be tough to win this match, but if they win this game and Denmark loses, Tunisia still has a chance to finish second in this group.

The current World Cup champions, France, are expected to renew their battle with the Tunisian team and are one of the favourites to win this tournament again. Since Brazil won two consecutive World Cups 70 years ago, no country has done it, but France certainly has the team to pull it off. They have one of the strongest squads in the world, despite their lack of excellent results this year and a large number of absent players. After two victories in the first two rounds of the World Cup, the squad has already advanced to the next round, but they will undoubtedly attempt to go 3:0 on the group stage. Continue reading to learn about BettingPremier’s breakdown of the game.

Details of Tunisia vs. France

How to Watch Tunisia vs. France

The Tunisians needed help winning their group despite being the likely champions. Compared to Equatorial Guinea, they only had a two-point edge, and they even dropped one game. In addition to beating several formidable national teams, Tunisia enjoyed a lot of successful outcomes this year. However, as soon as they played an incredible national team like Brazil, supporters saw they were far below the standard required for a significant accomplishment. France is on par with Brazil. Therefore despite having a squad with missing players, expect France to win this match by a wide margin. There are a few players that France should avoid playing against, even if the Eagles of Carthage have little chance of defeating their European counterparts. Players like Wahbi Khazri, Ellyes Skhiri, and Dylan Bronn have often demonstrated their abilities in the club and national events.

During the World Cup 2022 qualifications, the extremely well-known and accomplished Frenchmen did not have any notable failures. They came out on top, leaving the others far behind. The Blues did not screw this up and maintained an unbeaten record with an outstanding goal differential despite not getting all of their games. The French squad concentrated on the Nations League tournament as they had no other qualification games to play. They are one of the most well-known teams in terms of superstar players. The Tunisian national squad is the smallest in the group. Thus this ought to be the easiest. Even against a tough defence like Tunisia’s backline, France will be capable of scoring many goals thanks to the best offensive three in national team football. Karim Benzema, Kylian Mbappe, Hugo Lloris, Antoine Griezmann, and many others are among the best players on the roster.