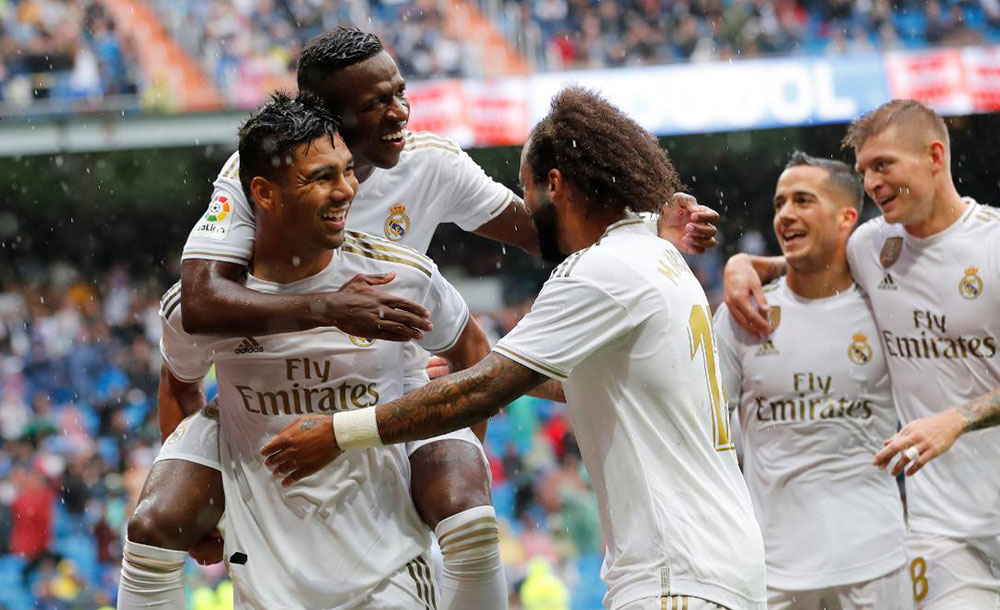 Real Madrid will be looking to return to winning ways in La Liga when they make their short trip to the Coliseum Alfonso Perez on Saturday to take on Getafe. Los Blancos ended 2019 with 3 straight draws, but Zidane’s side are still 2nd in the table, just 2 points off leaders Barcelona on the same number of matches. With Getafe bagging back to back clean sheet victories at home, this clash should be a potent threat that lies ahead of the Galacticos on their quest to the Spanish title.

When is the Getafe VS Real Madrid clash?

You can watch Getafe VS Real Madrid live stream on world’s most popular Betting website Bet365.

According to bet365, the betting odds of Getafe VS Real Madrid clash is fixed as:

A record of 10 wins, seven draws and one loss from 18 matches has seen Zidane’s side collect 37 points, just two points off leaders Barcelona, who face a trip to Catalan rivals Espanyol this weekend. Madrid are actually unbeaten in all competitions since the 1-0 loss at Mallorca on October 19, but they ended 2019 with three straight league draws, sharing the points with Valencia, Barca and Athletic Bilbao.

Getafe will be without the services of Mathias Olivera through suspension, while Kenedy, Enric Gallego and Markel Bergara are all expected to miss out through injury. As for Madrid, both Eden Hazard and Marco Asensio remain on the sidelines with long-term injuries, while club captain Sergio Ramos will not be involved this weekend through suspension. Lucas Vazquez, Marcelo and James Rodriguez all trained with the main group on Wednesday, though with Zidane’s side being handed a huge fitness boost ahead of the contest.

Both sides have had strong defensive records this season and they could cancel each other out when they meet in the south of the Spanish capital this weekend. Apparently the Galacticos have dominated the hosts over several meetings in the past and have also done it by a comfortable goal margin. But Real Madrid’s recent form have made them draw in the last 3 games and they haven’t scored a goal in their previous 2 fixtures. In the case of Getafe, their 3 consecutive clean sheet victories have shown great evidence of what they could do during this game.

As a matter of fact, Getafe are unbeaten in 5 home league games, despite all their wins coming by a 2+ goal margin. The hosts have proved to be one of the strongest teams in the competition whenever they play a game at home. Although Real Madrid are just a win away from reaching the top rank of the table, they should be well aware of Getafe’s strategies on the field. Despite being unbeaten in their last 9 fixtures, Real Madrid have remained goalless in 6 of those games unfortunately.

Here is the BettingPremier’s lineup prediction for Getafe vs Real Madrid.

Zinedine Zidane is without up to 6 first-team stars when Real Madrid continue their La Liga campaign away at Getafe this afternoon. Since the Los Blancos’ captain Sergio Ramos is suspended while a host of other stars are unavailable due to injury, the final lineup is still a mystery. And the veteran defender will be joined in the stands by Eden Hazard with the Belgian still struggling to overcome an ankle injury. As for Getafe, Olivera stays suspended for a Red card he received earlier, whereas Bergara, Gallego, Kenedy and Manojlovic are yet to recover.

As expected, Real Madrid dominate the game of odds not only by holding on to their 2nd position, but they have also sustained many difficulties in the past year. Undoubtedly, Getafe will pose a greater threat for the Los Blancos on Saturday as they have done to all those teams who played here earlier. But strategies aside, the winner is always decided by proper execution on the field and whoever gains momentum earlier is assumed to have a higher chance.