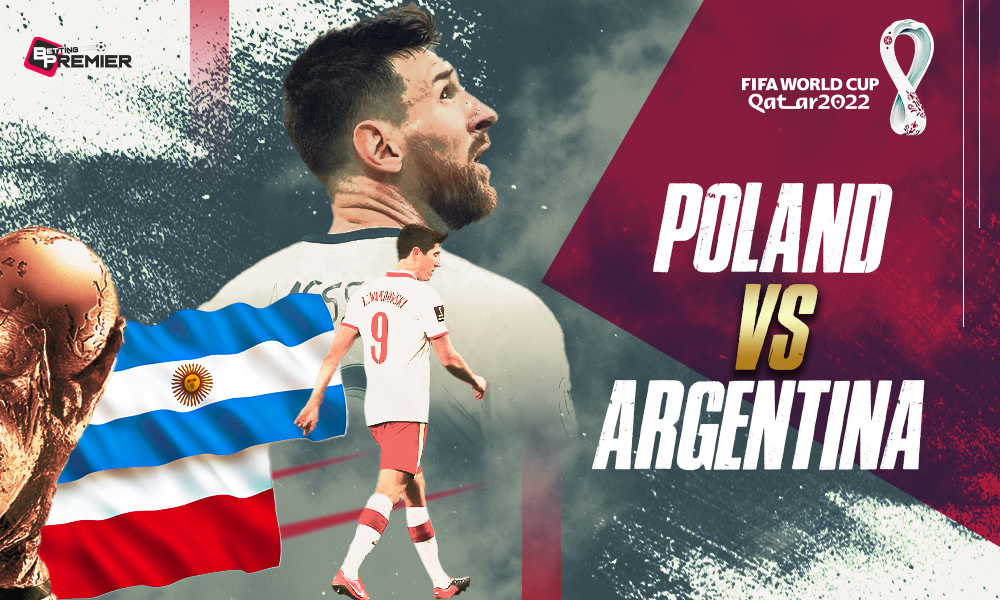 Poland will enter this match on Wednesday after a 2-0 win over Saudi Arabia. Argentina is ready to play Poland at Stadium 974 in the FIFA World Cup 2022 Group Stage fixture after beating Mexico 2-0 in their previous game. There’s a reasonable probability that Robert Lewandowski will come up whenever the Polish football squad is discussed. With nine goals in the qualifications, Lewandowski had the most goals and the most assists. Lewandowski also maintains the record for the most scored goals by the Polish national football team. But the issue with Poland national team is that they rely heavily on Robert Lewandowski to achieve goals instead of working as a squad. Czeslaw Michniewicz’s Poland defeated Saudi Arabia last time, thanks to goals from Piotr Zielinski of Napoli and Robert Lewandowski of Barcelona.

Argentina is heavily favoured to win in this match. Messi promised he would not leave his fans stranded after losing to Saudi Arabia, and he kept his word in the very second match in the tournament. Argentina fans are confident that their national team squad is in excellent form. Argentina’s victory over Mexico was secured by goals in the second half from Lionel Messi of PSG and Enzo Fernandez of Benfica. As many football fans would anticipate, Lionel Messi, the finest player to represent Argentina, will guide this squad to victory with players like Lautaro Martinez, Rodrigo de Paul, and Paulo Dybala. Continue reading to learn about BettingPremier’s breakdown of the game.

Details of Poland vs. Argentina

How to Watch Poland vs. Argentina

In the qualifying rounds, the White and Red team had a difficult journey to the World Cup 2022. Poland advanced to the playoff round and defeated Sweden 2:0 with a score of 20 points, just a few more than the third- and fourth-place teams. Poland is undoubtedly in need of improvement. This squad will permanently lose if Lewandowski doesn’t outscore the opposition team. In this scenario, anticipate the Barça striker to score at least once throughout the match. Argentina should typically achieve more than two goals based on Poland’s poor defensive performance. The guests are among the leading candidates for the World Cup championship and are in their most excellent physical form in decades. Lewandowski can score here, but it won’t be enough to halt Argentina’s extremely offensive team.

During the qualifying phase, Argentina participated in 17 games. Additionally, the Albicelestes had a record of 11 wins, 6 ties, and 0 losses. Argentina came forward in the tournament as one of the favorites, but they were taken aback by a tenacious Saudi Arabia, which pulled off one of the greatest moments by clinging on to win in their first group match. After that, Argentina was under pressure to defeat Mexico, and they beat them. Since this is Lionel Messi’s final World Cup, all attention is on him. In terms of goals, no Argentina game will go without the squad scoring at least one or two goals. As a result, Argentina is predicted to outperform Poland in this crucial match for both countries. However, Poland won’t have it easy. Argentina is poised to sweep a win by the 90 minutes mark.