Japan vs Chile Prediction and Odds 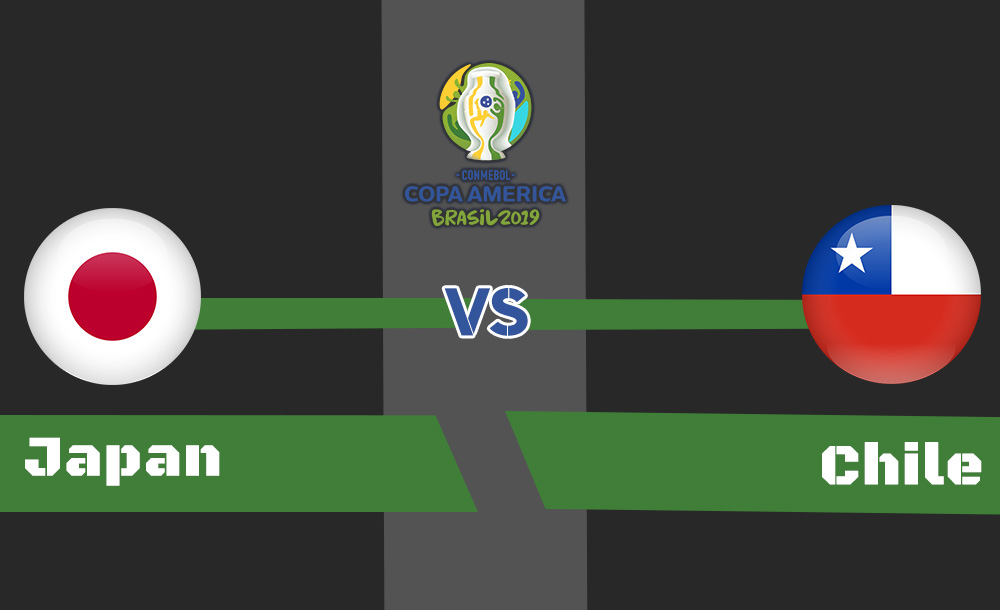 The last match of Matchday 1 will be played by the defending champions Chile against the 2019 AFC Asian Cup’s runner-up team Japan. Chile, as well as, Japan will play their first match of the tournament and the match will be featured at the Morumbi stadium.

Japan has already played at the Copa America in 1999 but was eliminated in the group stage. They were the first non-American team to participate in the 1999 Copa America. Japan is currently at its best form and will want to start the season with a win, yet chances are high for Chile to win with 69.4%.

When is the Next Copa America Match?

Matchday 1 has come to an end and the necessary details regarding the match have been shared below. At what time is the match? Find out.

About the Game: On Tuesday 18 June, 12:00 am, Japan will take on Chile at the Cícero Pompeu de Toledo Stadium. The other two teams that fall under Group C are Uruguay and Ecuador, who faced each other on Sunday which resulted in Uruguay’s favor. Tuesday’s match will decide the teams’ positions in the table.

Indian viewers cannot watch the live action via any channel but they can stream the live event via the most popular betting site bet365. Click on the link shared below.

In the table below, we have listed some of the locations along with the channels in which the match will be shown. Check your location and if you do not find your country or channel listed, let us know in the comments and we will add it.

Matchday 1 will feature Japan and Chile this Tuesday and the betting site bet365 has fixed the following odds for the match, as of June 17, 7:00 am:

Japan will play against Chile at the Morumbi stadium and the team to enter the stadium as underdogs are Japan, whereas Chile is the heavy favorites for the upcoming match. Check out their winning chances below.

Japan is the underdog with a winning probability of 11.8%, while the winning chances of Chile are 69.4% and for the match to end in a draw has 25.0% chances. Is your probability prediction different from ours? Let us know in comments.

Will Chile top the Group C table? Will Japan prove to be a tough team by claiming their first win? We have a prediction for the match. Take a look.

Can Japan win this match?

The 2019 Copa America marks Japan’s second Copa America season as they declined the Copa America invitation twice in 2011 and 2016. After losing the 2019 AFC Asian Cup to Qatar, Japan faced Colombia at the Friendlies which also resulted in a 0-1 goalless loss.

Japan is currently on a 3 game undefeated streak, with a recent 2-0 win against El Salvador. Kensuke Nagai was the star performer of the match who scored a brace for the team in the first half of the match. They were able to take 6 shots on target and had a very strong defense as El Salvador were not able to take even a single shot on target.

Will Chile Seal their First Win? The 2 times reigning champion will play their first 2019 Copa America match against Japan this Tuesday. Chile is on a transitional phase as their previous 3 matches at the Friendlies have resulted in a loss, draw, and a win respectively. Their recent match was against Haiti who took a lead in the first half.

Chile remained goalless in the first half and was able to tally the score with Eduardo’s 69th-minute goal. The match was a narrow escape from a draw until Fuenzalida’s 71st-minute winning goal. Chile sealed a win with a score of 2-1 and will be playing their next match against Japan at Copa America.

Will it be a Chile Win? – Our Prediction

Japan is playing for the second time at the Copa America and this is their first match of the season. Japan played exceptionally well at the AFC Asian Cup as they were able to reach the finals by defeating all the top teams of the league. Their performance at the semifinals was remarkable as they defeated Iran 3-0. Check it out.

Chile will try to defend their title this season and in order to do so, they will have to top the Group C table and advance to the next stage. Japan will fight hard to claim a win this Tuesday and will not go down without a fight but chances are high for Chile to win over Japan.

The line-up has been predicted for the upcoming chile match and we have shared one with you (via sofascore.com). Is this line-up prediction different from yours? Let us know your prediction in the comments: One of the Possible Line-ups of the Japan vs Chile Match.

Facts About the Teams

Japan and Chile have played against each other only twice and the 2 meetings were recorded at the Friendlies. The two meetings have resulted as follow:

The table below shows the previous meeting of the two teams. Check out when and where Japan and Chile have met before.