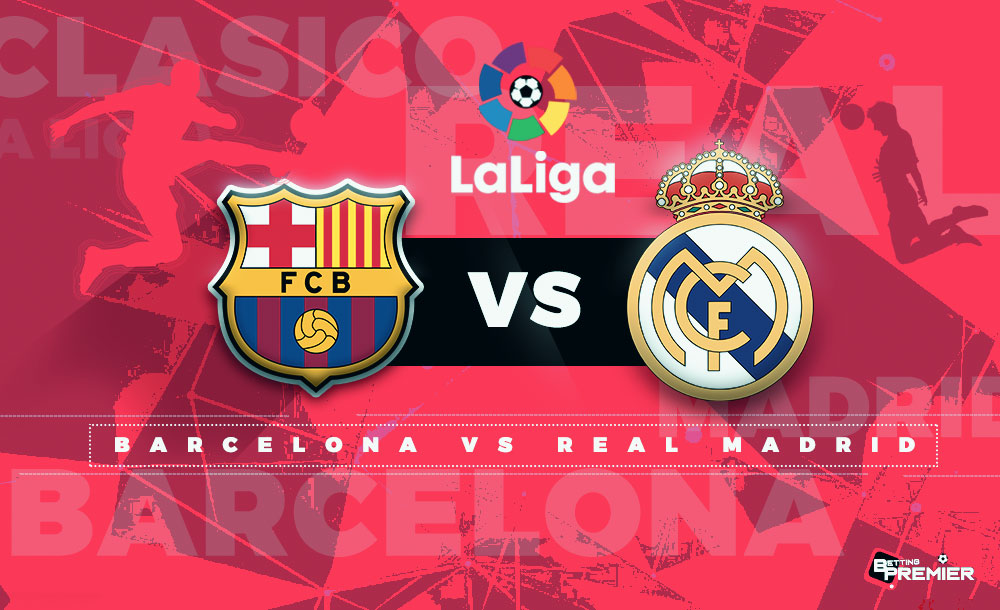 It’s the 1st El Clasico of 2020 as Real Madrid and Barcelona lock horns in the 180th top-flight meeting with the balance exactly split at 72 wins apiece. Real will be desperate to snap a 4 game La Liga H2H record losing streak at the Bernabeu, of which 3 fixtures saw them fail to score. They head into Sunday’s El Clasico having failed to win any of their last 3 games in all competitions, which includes a loss 2-1 to Manchester City in the Champions League. But the Blaugranes make this trip to the Bernabeu after holding a 2 point advantage at the top of the La Liga standings.

Real Madrid and Barcelona has 45% and 31% chance of winning this game respectively. Check out how to convert Betting Odds to Probability.

When is the El Clasico?

If you got a Bet365 account, you can live stream El Clasico.

Watching on mobile? Fire up the fuboTV app on Android and iOS, Sling TV app, or the PlayStation Vue app. Check out the table below for complete TV coverage for El Clasico.

According to bet365, the betting odds of El Clasico is fixed as:

Despite being unbeaten in their last 4 competitive games overall, Barcelona have been sluggish on their travels this season. Stuck with slow starts, the Blaugrana have been unable to claim a 1st half lead in any of their last 10 competitive trips. When Real were at the top of the table several weeks ago, Zinedine Zidane still found himself coming in for criticism with his side less than convincing in some of their victories.

With just a win coming from their last 5 in all competitions, which includes defeats in the Copa del Rey and Champions League, Zidane has come under further scrutiny from a demanding fanbase.

Barcelona head into their 2nd El Clasico of the season, after having put together a 7 match unbeaten streak against their fierce rivals in La Liga. Although Real recently had success against Barcelona in the Supercopa de Espana, prevailing in those matches at the start of the 2017-18 campaign represent their sole victories in recent games.

As a matter of fact, Madrid have not defeated Barcelona in a home La Liga fixture since a win 3-1 back in October 2014. Since their previous meeting at Camp Nou ended as a goalless draw, both teams would look to take the lead early on Sunday.

Out of his last 4 starts, Madrid’s Sergio Ramos has recorded a straight red card, 2 yellows and has scored 2 goals. Although his team needs him on the pitch, Ramos has also recorded a total of 5 red cards in El Clasico games. Meanwhile, Lionel Messi is the record scorer in this fixture with 26 goals and to top that up, Barcelona are unbeaten in 7 straight meetings at any venue.

With the race for the title heating up, Real Madrid are clearly under pressure of winning this game. Although a victory over Barcelona will lift the spirits at the Bernabeu, a 2nd successive loss in La Liga will leave Barcelona 5 points clear with just 12 matches remaining. Considering their setback against Manchester City, this clash will set the stage for the preclimax of this La Liga season and would possibly get the best out of Zidane’s men.

The current champions have only claimed 2 of their 5 away victories this season and have been slow to start in 3 of their 4 losses. Though Barcelona’s ability to double their goals tally in the 2nd half has helped them directly claim 12 points. But Real are yet to suffer a home league defeat this season and Barcelona will be confident of ending that streak on Sunday.

The Catalan giants will have concerns about restricting Los Blancos at one end, but we feel that Messi and co will deliver before the end of the final whistle.