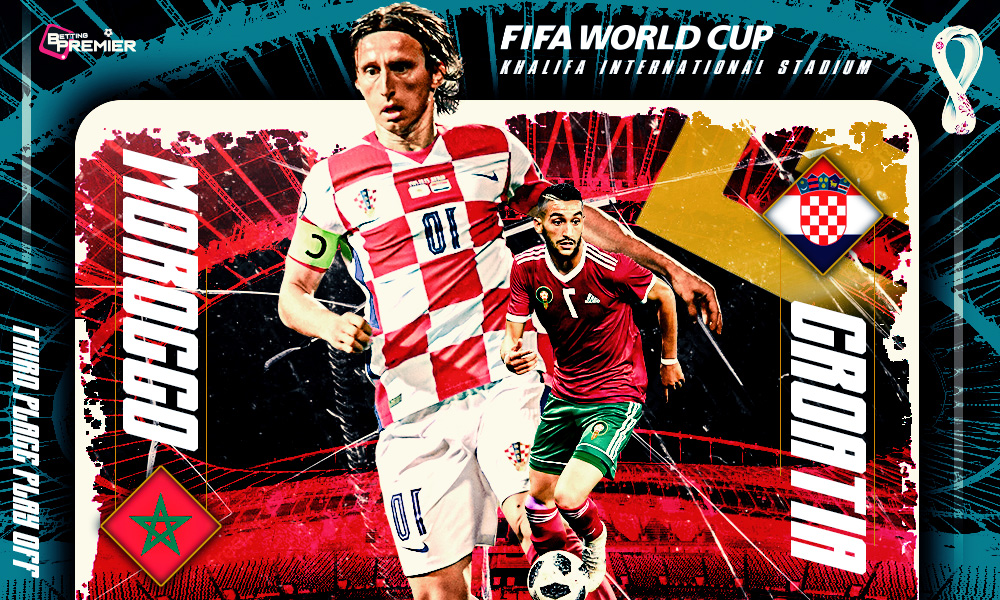 Currently, two teams are left in the FIFA World Cup 2022 Final, and they are neither Croatia nor Morocco. Both have ultimately fallen victim to the teams that advanced to the Finals. Croatia enters Third Place Play-off after their 3-0 loss at the hands of Argentina. Morocco will face their opponents in Croatia in a battle for Bronze on Saturday night at Khalifa International Stadium after being beaten by France 2-0 in their last match. No. 10 Croatian playmaker Luka Modric has done much for football and his country. The icon propelled his national team to new heights as a captain. However, this play-off will arguably be his last World Cup appearance as he has turned 37 this year. His World Cup dream has ended like his former Real Madrid teammate Cristiano Ronaldo.

After beating powerful teams like Belgium, Spain, and Portugal, Morocco had big dreams, causing upsets after an upset. They quickly gained favoritism among football fans worldwide with their unique style of play and their resilience over any team in the 2022 World Cup. Morocco only conceded a single goal in this WC when they played against Canada in the group stage. They went on to prove themselves as one of the most defensive teams with fantastic players like Achraf Hakimi, Hakim Ziyech, Youssef En-Nasyri, and Yassine Bounou. But that kind of defense is almost nothing in the eyes of Les Bleus. The French systematically won over Morocco in the last match to reach the finals in the tournament for the second time in a row. Continue reading to learn about BettingPremier’s breakdown of the game.

Details of Croatia vs. Morocco

How to Watch Croatia vs. Morocco

Third place play-off is a first for both the national teams as none has won the bronze. Morocco is only the first African team to have entered the semi-finals, and Croatians won silver last time after losing to France in the 2018 World Cup finals. This will be an exciting match to witness since the last time both teams met in the group stage, the score was tied. Despite a promising beginning, Croatia’s loss against Argentina was ultimately undone, and after giving up the game’s opening goal, they never seemed to have a chance to recover. The 2022 World Cup’s “surprise package” has been Morocco, which has made the continent of Africa proud. The North Africans appeared to lack a true goal menace in the final third, similar to Croatia, but their defense was excellent from the start, especially against France, who had to fight hard for their two goals in the Semi-Final. While Croatia attempts to repeat their triumph from 1998, the Atlas Lions, the first African team in the final four, might enjoy the more concrete accomplishment of coming third with a victory. Given how difficult it has been for both sides to score goals in this tournament, we can’t expect too much from this game. Croatia has a slightly higher probability of winning here as all their previous matches stand testament to it. But don’t lose hope if you are rooting for Morocco. This World Cup had so many underdog moments, and it feels like there is still one more on the card.