Colombia vs Chile Prediction and Odds

The only team that has consistently won the group stage matches at the 2019 Copa America, Colombia will face the current champion Chile at the quarter-finals. Chile made a perfect start to the season by winning over Japan on a 4 goal difference but on matchday 3, they lost to Uruguay.

Colombia is in its best form and is determined to win the trophy this season. They are the favorites for the upcoming quarter-final match with a winning probability of 45.5% according to bet365. Chile will not give up so easily and might look for a win as well, which makes the match even more enticing.

The Copa America matches can be streamed live via the betting site bet365 that works on a subscription basis. Once registered, the matches will be available on the site and you just have to click the match and enjoy. Click on the link below to enjoy the upcoming Copa America match.

The betting odds for the next quarter-final event has been predicted and fixed by one of the most popular betting sites bet365, and as of June 26, 7:00 am, the odds for the match is:

As the 3rd match of the 2019 Copa America Quarter-final, Colombia will play against the reigning champion and the chances of each team to win the match has been tabled below. The probability for the match to end in a draw has also specified.

Can Chile win this match? Will Colombia continue their winning streak? Keep reading to know Bettingpremier’s prediction for the match.

Will Colombia Reach the Semifinal? 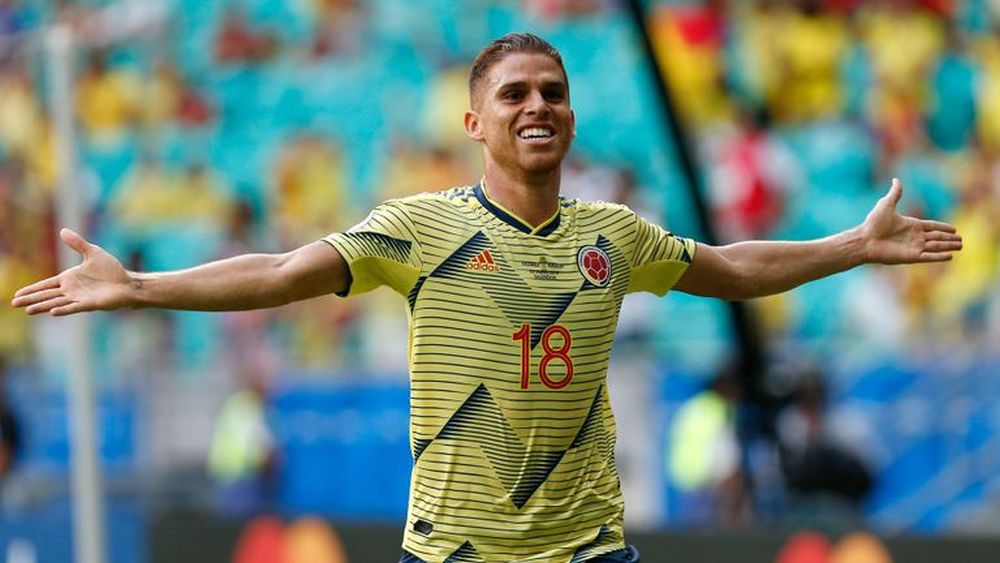 Gustavo Cuellar scored the only goal against Paraguay that sealed a win for Colombia.

Colombia looks in its best form this season with all the key players present for the Copa America competition. They are currently on a winning streak, having faced the only loss in 2019 against South Korea so far. It was a friendly match conducted at Seoul World Cup Stadium, which resulted in a 2-1 for South Korea.

Previously, on matchday 3, Colombia faced Paraguay which was a not so well-performed win for the team. The Colombian Gustavo Cuellar scored the only goal for the team in the first half and the second half saw 0 goals from either of the teams. Colombia took 5 shots on target but was able to convert only 1 goal in their favor.

Can Chile Defend their Title this Season?

Chile defended their 2015 Copa America title by winning over Argentina on a penalty shoot-out, while Colombia stood third after defeating the United States 1-0 at the Copa America Centenario. Chile was able to grab 2 consecutive wins at the group stage but eventually lost to Uruguay on matchday 3.

The match remained goalless for a very long time until the only goal was scored by Uruguay’s Edinson Cavani at the 82nd-minute. Both the team were able to take 3 shots each on target but only one goal hit the net and it was scored by Uruguay. Chile has to look for early goals in order to keep Colombians under pressure.

Have a look at the first goalless defeat of Chile at the 2019 Copa America.

Which Team Will Qualify for Semifinals? – Our Prediction

The upcoming Copa America matches are the top 4 teams deciding matches which have to be played with utmost confidence as the losing team will get knocked out of the competition. Saturday’s match is a big match that will feature two strong teams who have reached the finals and semi-finals so many times.

Chile has won the title twice, while Colombia has lifted the trophy only once in 2001. If Colombia succeeds in defeating Chile, then they would reach straight into the semi-finals. Looking at the current forms of the teams, chances are high for this to happen as Colombia look strong enough to end the match in their favor.

Colombia and Chile have played against each other for a total of 39 times. This counting includes the matches played at Copa America, Friendly matches, and WC Qualifiers South America. Their overall meetings have resulted as follow:

The table below shows the previous meeting of the two teams. Check out when and where Colombia and Chile have met before.