Chile vs Uruguay Prediction and Odds 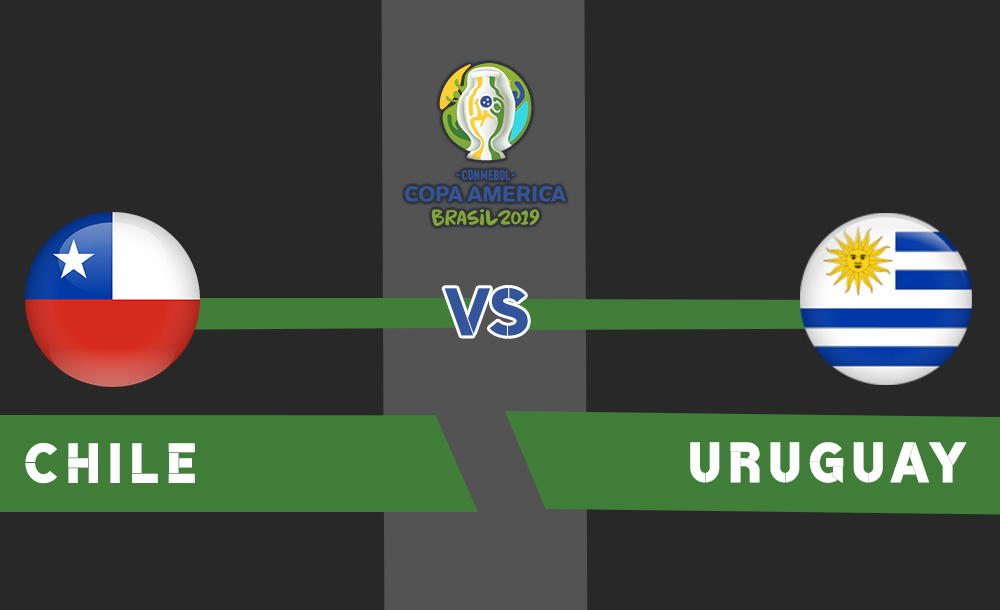 The final matchday of the 2019 Copa America group stage is here and Chile will be playing against Uruguay on matchday 3. Teams from the other Groups have already played their final group stage matches and as of now, Argentina will play against Venezuela at the quarter-finals.

Chile is currently on the top of Group C table with a lead of 2 points than that of the 2nd-placed Uruguay. Both the teams are already eligible for the quarter-final round as the other two teams of the group, Japan and Ecuador have underperformed this season. Uruguay will not go down without a fight and has 48.8% chances to win this match.

Where is the Next Chile Match?

The next match for Chile is against the 15 times Copa America title winners Uruguay, who failed to grab a win against Japan on matchday 2. Find upcoming Chile’s match details below.

How to Live Stream Uruguay Match?

You can watch the live action of Chile taking on Uruguay at the Maracana Stadium via bet365 that can be availed on registration. Shared below is the link to watch the match.

Apart from the online sites, the match will be broadcasted on various networks some of which have been tabled below for you. Couldn’t find your country? Let us know in the comments and we will include it.

Chile is currently in the 1st place with 6 points, having won against Ecuador 2-1, whereas Uruguay has scored 4 points after a 2-2 draw match against Japan and stands 2nd in the table. The so far standings of the teams’ is tabled below.

Chile is the only team in Group C to have won the 2 matches played so far at the group stage of the tournament.

One of the recommended and the most popular betting sites bet365, has fixed the following betting odds for the upcoming Chile match against Uruguay. As of June 24, 7:00 am, the odds for the match is:

Though Chile has not lost the previous two matches at the Copa America, Uruguay has high chances to win the upcoming match. Even though Uruguay failed to seal a win against Japan, their winning probability for their next match is higher than Chile. Take a look.

Can Chile beat Uruguay? Will Uruguay top Group C table? Read on to know our prediction for the match.

Can Chile Win this Match?

Chile faced Ecuador on matchday 2, which resulted in a win for Chile with 1 goal difference. Chile was swift enough to score the opening goal of the match in the 8th-minute, which was tallied by Ecuador’s Enner Valencia. A penalty shoot-out was declared at the 26th-minute and Valencia grabbed the opportunity to score a goal.

Chile was under pressure as the first half ended with a 1-1 score. Chile once again scored the opening goal of the second half at the 51st-minute and the score remained 2-1 until the end of the match. Ecuador’s Achilier was handed over a red card at the 89th-minute, while Chile won the match.

Will Uruguay Seal a Win on Matchday 3?

Lately, Uruguay faced an unexpected 2-2 draw match against Japan. They had a good start to the season with a 4-0 win over Ecuador but failed to carry forward the winning streak with Koji Miyoshi’s brace for Japan. He was the opening goal scorer of the match, which was followed by Luis Suarez’s penalty goal.

The first half of the match saw two goals and the other half saw two goals. Miyoshi once again scored a goal for the team and was on the lead until Jose Gimenez’s 66th-minute goal. Uruguay lost their winning streak after the 2-2 draw against Japan and will want to pick up the streak.

Chile or Uruguay? – Our Prediction 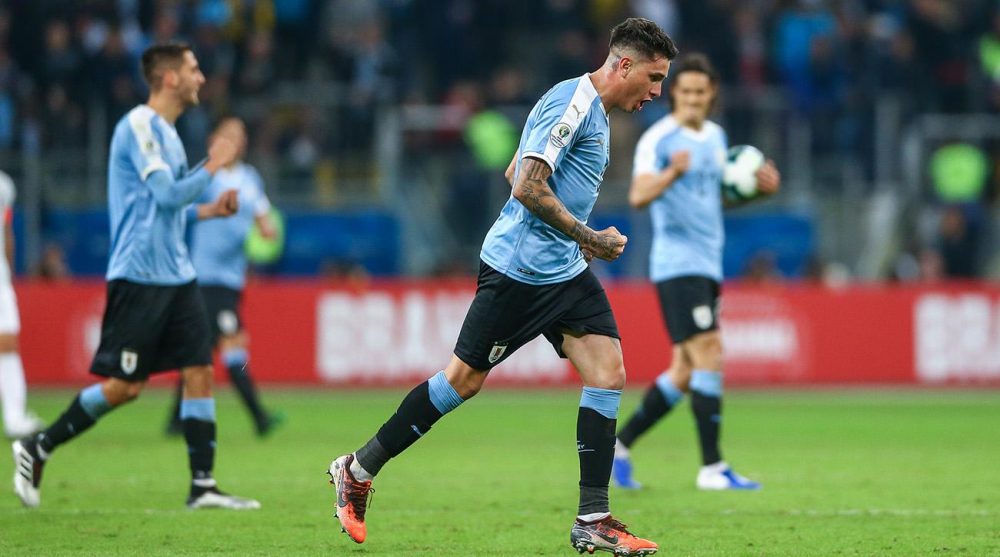 Chile is the defending champion of the 2019 Copa America and they might want to win the title this season also, which will make their 3rd consecutive title win. Chile is already on a 2 points lead and has qualified for the quarter-final. Uruguay is not completely on a qualifying zone as Japan’s win will tally Uruguay’s current points.

Therefore, Uruguay has to win the match and they are determined to grab a win over Chile. Looking at the winning chances of Uruguay provided by bet365 makes the team obvious favorites to win the match. Both the teams are equally capable of upsetting each other and that makes the match even more enticing.

Taking into account the Friendly matches, Copa America matches, and WC Qualifiers South America matches, Chile and Uruguay have played against each other for a total of 81 times. Their overall meetings have resulted as follow:

The table below shows the previous meeting of the two teams. Check out when and where Chile and Uruguay have met before.