Chelsea vs Watford Predictions and Odds 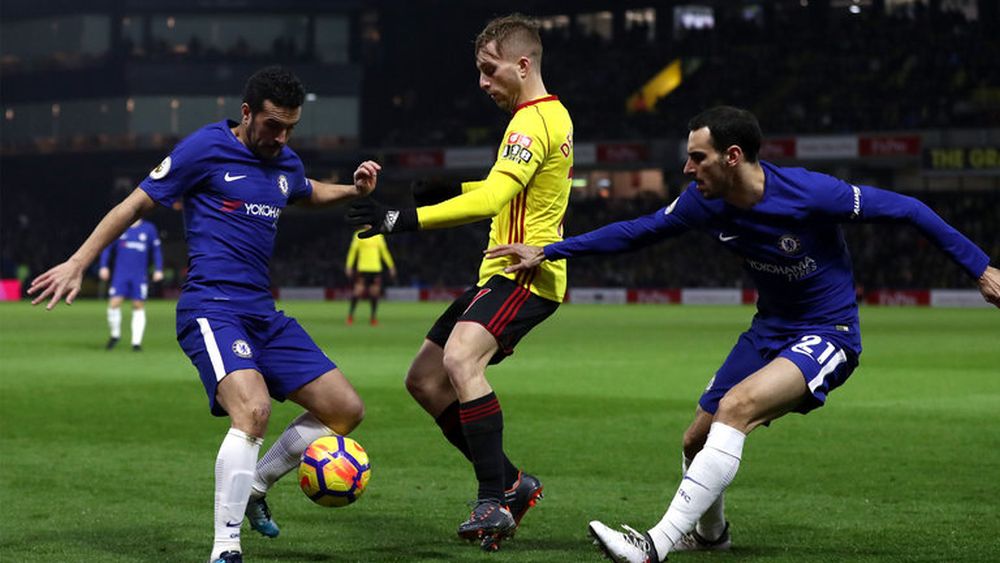 Chelsea will be hosting their next Premier League match against Watford on Matchday 37. Chelsea is still a part of the 2018/19 Europa League as they played their first leg of the Europa League semi-final against the German sports club Eintracht Frankfurt which resulted in a 1-1 draw.

The visiting team Watford is exactly in the center of the table with 50 points and is on a 2 game winless streak. Watford is in a safer zone as they are ahead of 7 teams with 19 points in order to be relegated. Chelsea is desperately in need of the three winning points to reach the 3rd spot and has a winning probability of 73.5%.

When and Where is the Match?

Chelsea and Watford met in the 2018/19 EPL before and are now meeting again with the only difference being Chelsea hosting the match against Watford. Find the complete details of the match below:

About the Game: Chelsea host Watford at the Stamford Bridge on Sunday 5 May, 2:00 pm. Chelsea team is in the 4th place in the table after a 1-1 draw match against Man United, whereas Watford is in the 10th position after their 1-2 loss match against Wolves.

How to Live Stream the Match?

There are many networks that will stream the live action of the match. Find the list of broadcasting channels below:

The first meeting of the two teams at the 2018/19 Premier League took place on 27 December. Watford hosted the match and it was an away win for the Blues as they scored two goals against Watford. Eden Hazard scored a brace in the match. The opening goal was scored by him at the (45+1) minute goal.

Watford picked up the chase by scoring a (45+3) minute goal by Roberto Pereyra. The score remained equalized until a 58th-minute goal netted by Eden Hazard again. It was a penalty shot which he converted in their favor and sealed a win for the team against Watford.

Chelsea and Watford have played 36 matches each and will be playing their 37th match tomorrow. Where is Watford on the table? Check out the updated league statistics below.

Chelsea has somehow managed to reach the two 4 spots and is determined to hold on to the position. They are closely followed by Arsenal and Man United with 2 and 3 points difference respectively. Watford is 4 points ahead of West Ham and just 1 point behind the 9th placed Leicester City.

According to bet365, the betting odds for the upcoming Premier League match as of 4 May 10:00 am, between Chelsea and Watford is fixed as follow:

Will Chelsea qualify for the next year’s Champions League? Can Watford defeat Chelsea? Go through our prediction for the event.

Can Chelsea Retain the Top Spot? 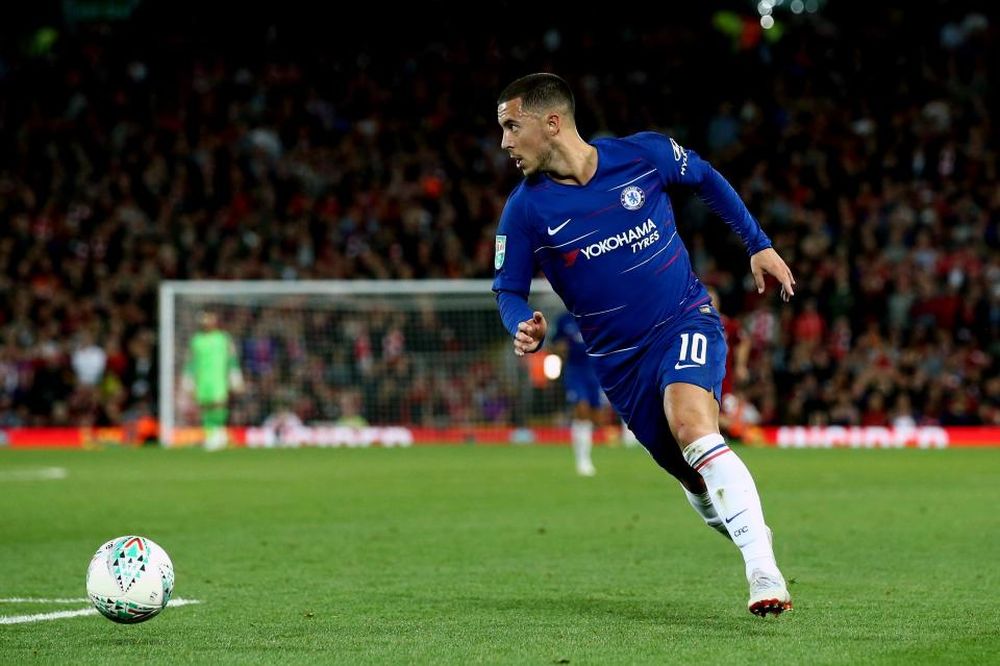 Chelsea had the chance to climb up the Spurs and grab the 3rd spot but failed and are now looking forward to another chance to top the table. The Blues made a perfect start to the season until their 0-0 draw match against Watford, followed by another 1-1 draw against Liverpool.

Chelsea currently faced back-to-back draw matches which includes the UEFA Europa League semi-final and might not want to continue the same by winning against Watford this Sunday. Their previous match against the United resulted in a 1-1 draw and if it had been a win, the Blues would have reached the third spot.

Can Watford upset the Blues?

Watford is currently on a winless streak and has not been performing well against top teams from the beginning of the season. Lately, they had matches against Liverpool, City, United, and Arsenal and all of them resulted in a defeat. Their previous match was against the Wolves which resulted in 1-2 loss.

Raul Jimenez of Wolverhampton scored the opening goal at the 41st-minute and it was the only goal in the first half. Watford equalized the scored in the second half with Andre Gray’s 49th-minute goal. The match turned in favor of the Wolves with Diogo Jota’s 77th-minute goal.

Watford is still a part of the FA Cup as they defeated Wolves at the semi-final match. The finals will be played between Man City and Watford. Check out the stunning goals scored by Watford at the semi-final.

Will it be a Home Win? – Our Prediction

Chelsea will be entering the match with 68 points and a win over Watford will get them to the third place in the Premier League table. The Blues might not want to miss that chance and hence chances are high for Chelsea to win the match.

Watford needs the 3 winning points to have higher points difference between them and Chelsea. A win over Chelsea will take them one place ahead in the table but looking at the matches played by the two teams, the match might end in favor of the Blues.

We have a winning probability for the match according to the most popular betting site bet365. Take a look at it.

We have a line-up prediction for the upcoming Chelsea’s match. Check it out. Is your prediction different from this? Let us know in the comments. 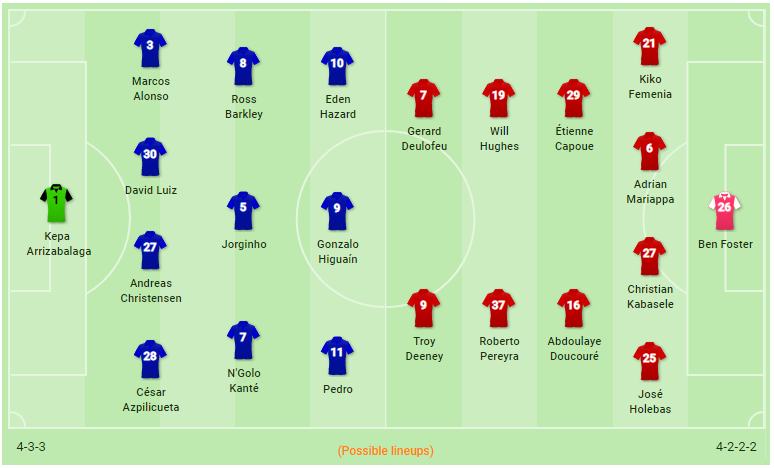 Chelsea and Watford have met each other in the field 34 times, which includes the Premier League, Championship, and FA Cup. Their meetings have resulted as follow:

Of the 17 home matches played by Chelsea, they have won 9 matches, lost 4 and drawn 4 matches so far.

The last five meetings between the two teams have been listed below along with the results.