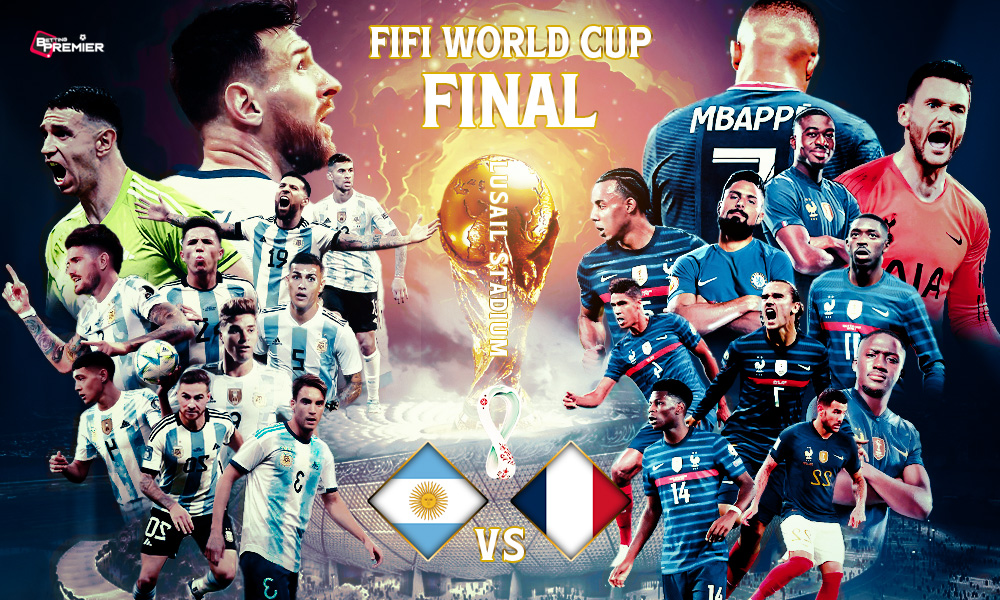 The anticipated FIFA World Cup 2022 Final is here; Argentina clashes with the defending Champions, France, on Sunday night at the Lusail Iconic Stadium to settle it once and for all. What a World Cup it has been so far; Qatar brought forth the most WC upsets in FIFA history, with underdogs winning the matches one too many times. This is Argentina’s chance to bag the WC trophy for the third time and Messi’s last opportunity to fulfill his World Cup dream after his national hero Maradona did it in 1986. France won the 2018 WC in Russia and is in the splendid form right now, determined to win it again. Argentina enters this match post a terrific 3-0 victory over Croatia. France is back to the finals after strategically defeating the most successful underdog Morocco 2-0.

This edition’s Quarter-finals packed one of the most exciting matches. Croatia had never been into the semi-finals before the 2018 WC in Russia, and they marched in again this year, all thanks to Luka Modric. This will be the Croatian icon’s last World Cup. Massive respect for what he has achieved for his nation and football. The last time when Argentina and Croatia played each other, Croatia won with the same score, and the only difference here is that the score is reversed 3-0. It wouldn’t have been possible without one man. Argentina’s massive victory on Wednesday night was mainly due to the magic man Messi; his two brilliant assists were the aftermath of his Penalty shot that took the lead over Croatia early in the match. Croatia, no matter their ball possession, quickest ball recovery time and impressive tackling, could not convert them into goals.

France is in fantastic form, which made it possible for them to reach the finals second time in a row. Mbappe has assisted two times with his speed and dribbling, pushing his teammates to score goals. It seemed relatively easy. France’s most valuable player has more years to come, but he has already displayed a unique talent in international football that other footballers can only dream of. Morocco had the most ball possession in the match, but they are not considered an attacking team compared to the Frenchmen. There were a lot of close encounters near France’s goalpost, but players like Griezmann, Dembele and even the captain and goalkeeper Hugo Lloris prevented the ball from reaching the net. Morocco found a flaw in France’s defense, but the Frenchmen were simply there at the right place and time, which led the African team to accept defeat without a single goal. Now Argentina vs. France will bring much attention worldwide as history unfolds. Continue reading to learn about BettingPremier’s breakdown of the game.

Details of Argentina vs. France

How to Watch Argentina vs. France

PSG teammates and now World Cup rivals will be representing their respective nations. One can say Mbappe and Messi will enjoy this match more than anyone. At a very young age, Kylian Mbappe already has one World Cup victory on his list of achievements. Now it is time for Lionel Messi to realize his dream. Like adding fire to the fuel, countless articles now put forth an interesting question on more than a decade-long debate involving Cristiano Ronaldo. If Messi wins the World Cup, will the discussion of G.O.A.T. end? Let us first see if Messi can overcome Mbappe and France on December 18.

Argentina’s journey began with a startling upset that handed victory to Saudi Arabia. But they went on to regain their form in the subsequent games. Lionel Messi, the influential player and a guiding hand for Argentina, brought his national team into the semi-finals with an outstanding display. However, nothing is standing between Lionel Messi and his goal of ending his World Cup career with a victory. Kylian Mbappe, tied with Messi for first place in the Golden Boot competition, has frightened defenses by scoring five goals thus far in the tournament. It will be interesting to see how Argentina will effectively counter it.

There are causes for concern on both sides. The only game France has preserved a clean sheet in was the semi-final against Morocco, where Les Bleus were destroyed on both sides of halftime. France has been under siege for lengthy portions of games. On the other hand, Argentina has occasionally had trouble seizing opportunities and has yet to play as consistently as some of their scorelines from this tournament may imply. The main distinction, though, is that Mbappe is a fantastic finisher. Both teams have an equal chance of winning, but France has the potential to win the World Cup again because they have been the most successful team in this edition.

Croatia vs Morocco Live Stream Predictions
All about Boxing Day 2022