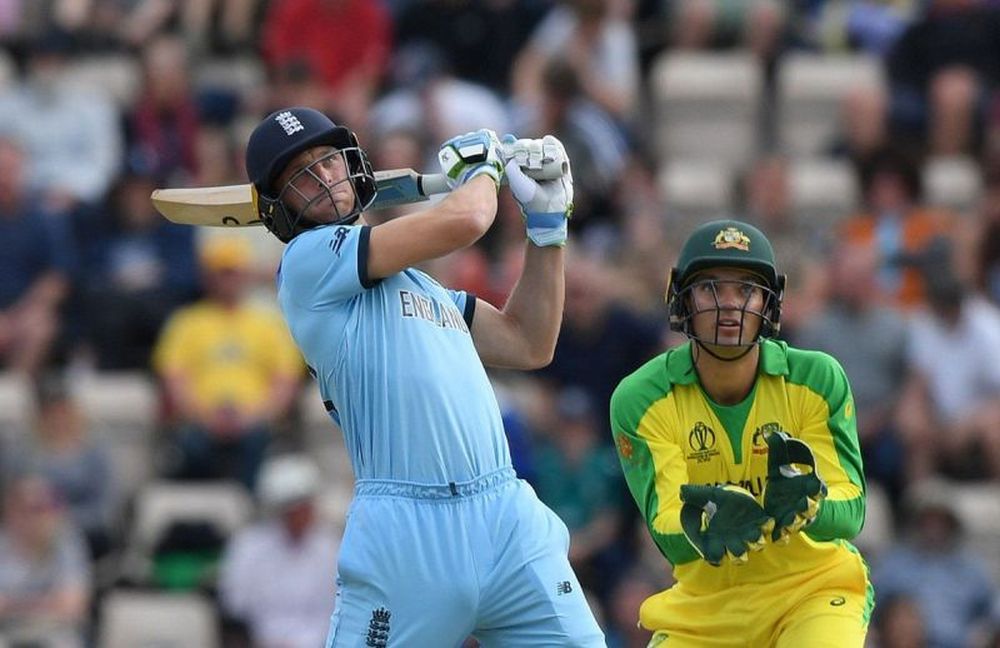 The second biggest match of the tournament! Last week, the current reigning World Cup Champions Australia faced their second loss of the season to South Africa. Australia was on lead with a 5 game winning streak until South Africa won by 10 runs, which took them down the table to the second position.

England, the team that has never won the Cricket World Cup trophy so far is on a transitional phase as they have been facing unexpected losses this season. Sri Lanka that had just 4% of winning chances in the second half of the match went on to stun England with a win.

This Thursday, Australia will play against England for the third time this season, with the previous two meetings resulted in favor of the defending champions. Though Australia looks in its best form this season and has won over England before, chances are high for England to win the semis with 60.2%.

The 2019 ICC Cricket World Cup has almost reached its end and the second semi-final match will be played by Australia and England. At what time is the Match? When is Australia vs England Match? Where will the match take place? Are you looking for all such information? Go through the section below.

About the Game: On Thursday 11 July, 10:30 am, Australia will battle against England at the Edgbaston Cricket Ground. Australia lost their previous match to South Africa, with SA having won by 10 runs. On the other hand, England played their previous match against New Zealand and England won the match by 119 runs.

How to Watch Australia vs England Live?

The betting site bet365, will be showing the live Cricket World Cup matches and in order to watch the event all you need to do is register with a minimum deposit. Visit, register and enjoy the live match. Click on the link below to watch the match.

The match will also be shown on TV channels. Some of the locations along with the channels in which the match will be telecasted have been shared below. Check your location and let us know if we have missed your country and we will include it in the table.

The betting odds for the second semi-final match via the betting site bet365 is given below and as of 9 July, 09:00 am, the outright winning betting odds of the match is:

The odds to win the toss before the match is also predicted via the site bet365. Check it out.

Australia has always been a team to watch out since they are competitive enough to turn the match in their favor at any point. England has been unpredictable this season and will be entering the stadium as favorites on Thursday. Click the link to bet on your favorite team.

Did Australia lose any match this campaign? Is England on a winning streak? The league statistics, teams’ standings, and other details have been shared below. Check it out. 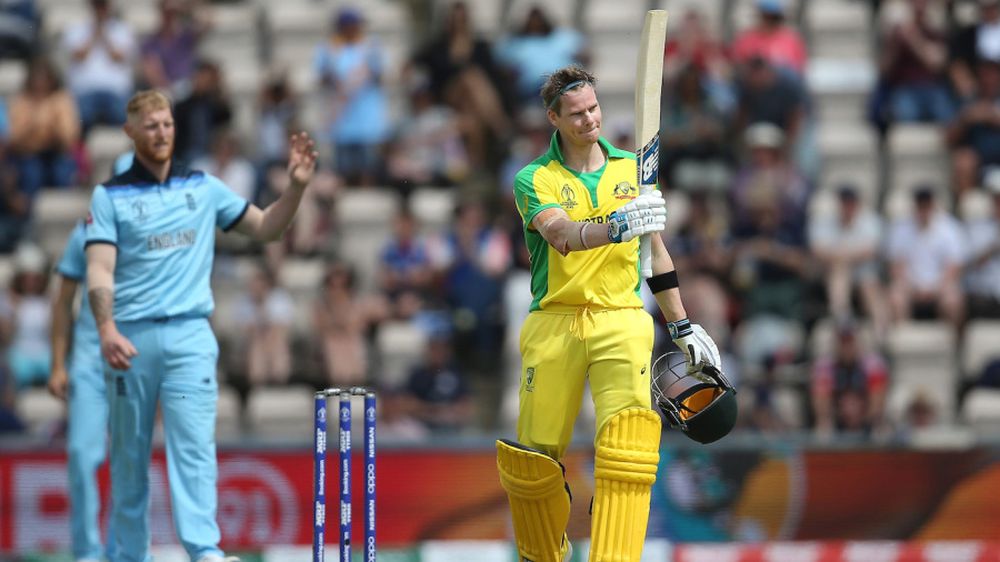 Australia’s first warm-up match of the 2019 campaign was against England played at the Rose Bowl Cricket Ground. England won the toss and decided to let Australia set a target for them. 3 wickets were taken in the first 25 overs and Steve Smith stepped in to score a staggering 116 runs and the match ended with 297/9 at the 50th over.

England was on the same line with 3 wickets gone in the first 25 overs. If Jos Buttler had managed to score more than 52 (caught by Usman and bowled by Nathan), the team could have ended victorious. The match ended 285/10 at the 49.3 over and Australia won by 12 runs. 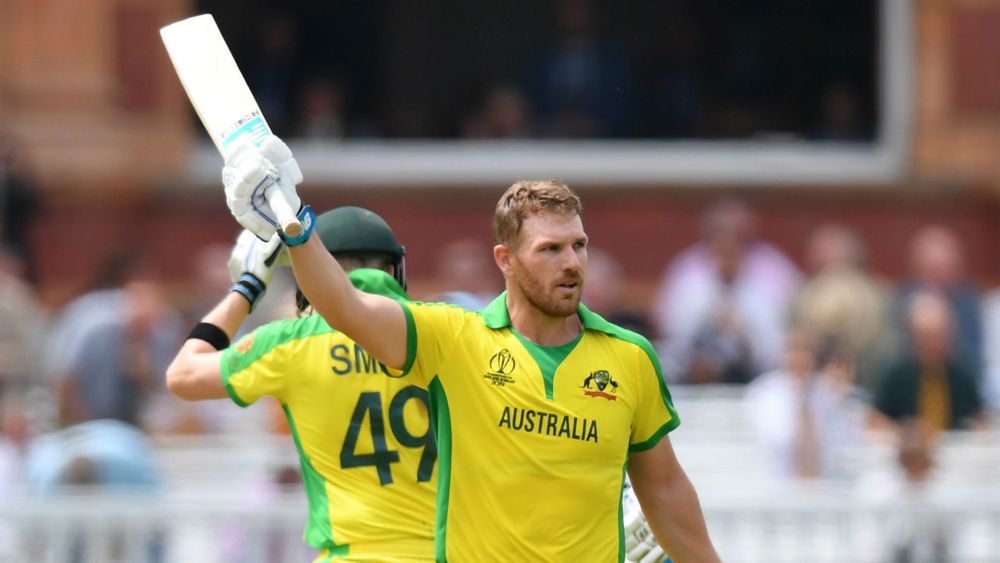 Australia met England on ODI 32 of 48 at the Lord’s Cricket Ground, which was once again won by Australia. For the second time, England won the toss and chose to bowl but this time they were able to take just 1 wicket in the first 25 overs. Australia scored 285 runs at the end with 3 more wickets left.

England underperformed by losing 4 wickets in just 25 overs. England’s Ben Stokes entered the stadium and was able to score 89 runs for the team in 115 balls. This was not enough for the teams to win the match and therefore, Australia won by 64 runs at the 44.4 overs with all wickets taken.

The key players (i.e.) the players with the highest scores and with the most wickets taken in both the teams is shared below.

The player who stands 5th in the list of most runs scored this season is, England’s Joe Root who has hit a stunning 500 runs with just 7 runs behind the 4th placed Australian player AJ Finch. Archer stands 3rd with the same number of wickets taken as Bumrah but Archer took the wickets in 9 matches.

Who will qualify for the finals? Will Australia win again? Check out what Bettingpremier believes in with their prediction for the match.

Is it going to be an Australian Win?

Australia has always been a tough competitor with most of the strong bowlers and batsmen in the team. The only team to which Australia lost in this campaign was India until their final match of the group stage with SA. They would have faced New Zealand in the semis if they hadn’t lost to South Africa on ODI 45.

SA won by 10 runs, having taken all the wickets in the 49.5th over. Australia was on a 2 game winning streak which came to an end with India’s win over Australia. Somehow, the team managed to kick-start their winning streak by claiming 5 consecutive wins in the season which includes their win against England.

A place in the top of the table and a favorable semi-final draw was well in their hold which they let it slip with SA wins over them. Australia has not lost against England this campaign and if England surprises with a win then that would be a great comeback for the team.

Can England beat Australia this time?

England would have played India if India hadn’t won their previous and final match against Sri Lanka. India won it by 7 wickets and reached atop the table. This resulted in the first semis between India and New Zealand. England claimed their first win against SA by 104 runs but faced an immediate loss to Pakistan.

They caught hold of the winning streak by turning 3 consecutive matches in their favor but eventually lost to Sri Lanka which was the biggest loss of the season for the team. England would have been happy if the previous fixture with India had persisted as India faced their only loss of the season to England.

Check out England’s biggest loss of the 2019 campaign to Sri Lanka.

The Blues or the Yellows? – Our prediction 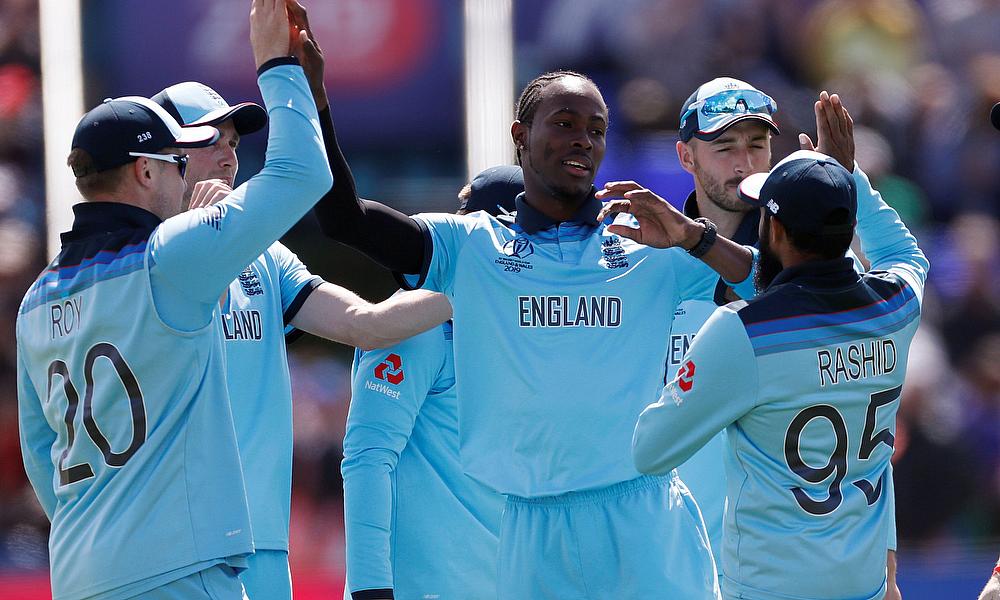 England will be entering the stadium as heavy favorites.

The yellows have won seven of the nine-game played by this season and were holding on to the top spot until their loss to SA in the final match of the group stage. They are now in the hunt of the World Cup finals trophy and will leave no stone unturned to defend their title.

If England wins the toss and chooses to bowl first, then the chances for them to reach the finals is high since Australian has two strong batsmen Warner and Finch. An early wicket of these two players will help England face a low target and with Root and Bairstow in the team, it might be an easy win.

Australia is more dependent on the bowler Starc, who is, of course, the best bowler of the season, ranking 1st in the list of most runs in this campaign – 26 wickets in 9 matches but to win Cummins has to contribute, who has so far taken 13 wickets in 9 matches and stands 11th.

Australia and England have played against each other for a total of 147 times at the ODI so far. Their meetings at World cup has been recorded 8 times. The results of the ODI and the World Cup have been shared separately below. Check it out.

Australia won their first ICC Cricket World Cup trophy in 1975. Since then Australia has managed to reach the finals 7 times. England has reached the finals just once but was not able to seal a win. Check out the table to know the years in which the teams qualified for the finals.

The table below shows the previous meeting of the two teams. Check out the previous five meetings along with when and where Australia played against England.