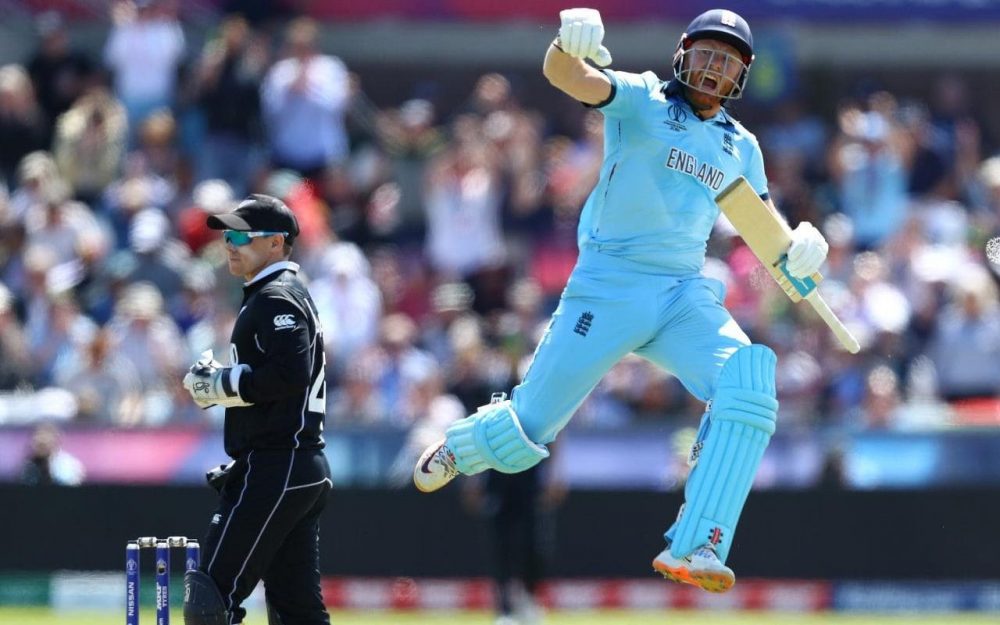 Having completed 47 ODI matches so far, we are just 1 match away from crowning the champion of the World Cup. The hosting team will play against New Zealand with the ultimate aim of putting an end to the 3 times runner-up position. Looking at both the teams’ forms, chances are high for England to win with winning probability of 75.2%.

The 2019 ICC Cricket World Cup will come to an end with the finals between New Zealand and England. When is the World Cup Finals? At what time will New Zealand take on England? Where will the finals take place? Do you want to know all such information? Check out the section below.

The live streaming of the 2019 Cricket World Cup finals will be available on the betting site bet365 and in order to enjoy the live-action all you need to do is register with a minimum deposit and become a member of the site. Click the link given below to watch the finals.

The match can be watched from home as many TV Channels have claimed the rights to telecast the match live. We have tabled some of the locations along with the channels in which the match will be shown below. Did we miss your country? Let us know and we will include it in the table.

According to bet365, the odds to win the toss before the match is also predicted and mentioned below. Click here to bet now.

The NZ have been unpredictable this season who qualified for the finals by defeating the heavy favorites of the match India in the semis. England had their biggest match against Australia in the semis which was an excellent win for England. The winning chances of both the teams have been shared here.

Did New Zealand lose any match this campaign? Is England on a winning streak? The league statistics, teams’ standings, and other details have been shared below. Check it out. 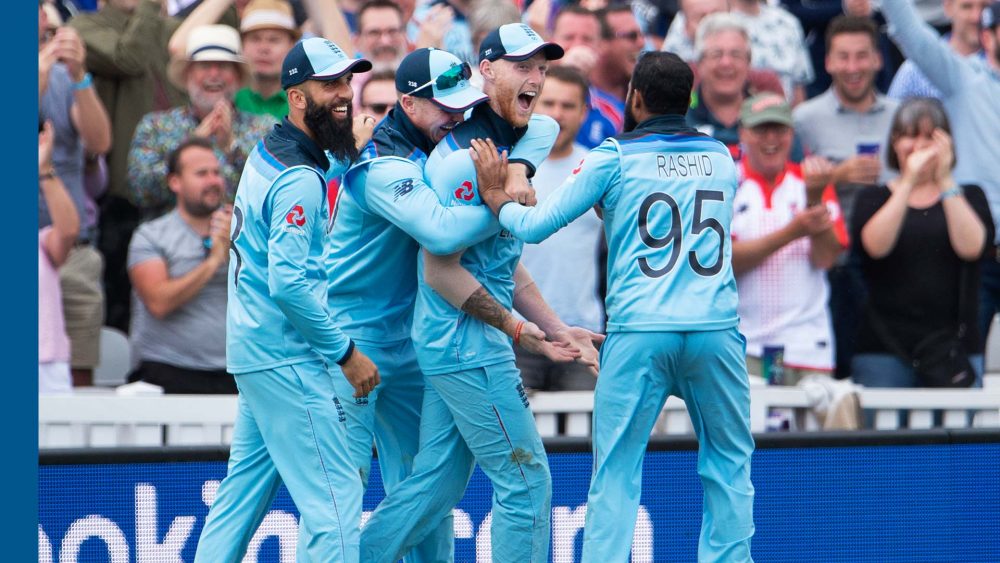 This fixture was already featured on ODI 41 of 48 at the Riverside Ground and the team to add the two winning points to their account was England. England won the toss and chose to bat first, setting a target of 306. England’s Jonny Bairstow was awarded the player of the match for scoring 106 in 99 balls.

NZ lost 4 wickets in the first 25 overs itself and was able to reach a very low score of 186. They could not chase down the score and lost all the wickets in the 45th over. This marked New Zealand’s third consecutive loss. England claimed their biggest win of the season by defeating NZ with 119 runs.

The key players (i.e.) the players with the highest scores and with the most wickets taken in both the teams is shared below.

The player who stands 4th in the list of most runs scored this season is, England’s Joe Root who has hit a stunning 549 runs with just 1 run ahead of the 5th placed England player Williamson. Archer stands 3rd with 19 wickets taken 10 matches played and is just 1 wicket behind the 2nd placed Mustafizur Rahman (BDESH).

Which team will claim their first win? Will it be a home win? Check out what Bettingpremier has to say about the match.

Will New Zealand Seal a Win in the Finals?

The NZ performed exceptionally well against the heavy favorites of the semi-finals India as they knocked them out of the tournament by 18 runs. India stood on top of the table in the group stage, having lost just one match against England and had high hopes to reach the finals.

Though the match went on for 2 days, it was an easy target for India to chase down but the initial wickets of the key players of the team gave New Zealand the chance to turn the match in their favor. The partnership between Dhoni and Jadeja showed a little bit of hope but they were unfortunate for a run-out and a catch respectively.

Trent Boult and Matt Henry were in their best form against India as they took the first 3 main wickets in less than 5 overs. Ferguson, Mitchell Santner, and the other 2 all-rounders are in good bowling form this season. NZ has to work on batsmen as they are too dependable on Williamson and Taylor.

England played their biggest match of the season in the semis against Australia as they were on a 2 game winless streak against the Aussies. England proved their competence, having won the semi-finals by 8 wickets. Australia won the toss and decided to bat first and gave 224 as a target to reach.

Aaron Finch, the captain of the team was bowled out in the first ball by Jofra Archer and the only player of Australia to score more than 50 in the semis was Steve Smith -95. At the 49th over the final wicket was taken by Mark Wood. England’s opening batsman Jason Roy scored the highest 85 runs for the team and was sent out by Pat Cummins.

Bairstow scored 34 runs and was sent out by Starc, who took his 27th wicket of the season. JE Root and Morgan maintained a perfect partnership as they finished off the match sealing a win against Australia. Chris Woakes of England was awarded player of the match, which shows that England has both strong bowlers and batsmen.

The Blues or the Blacks? – Our prediction 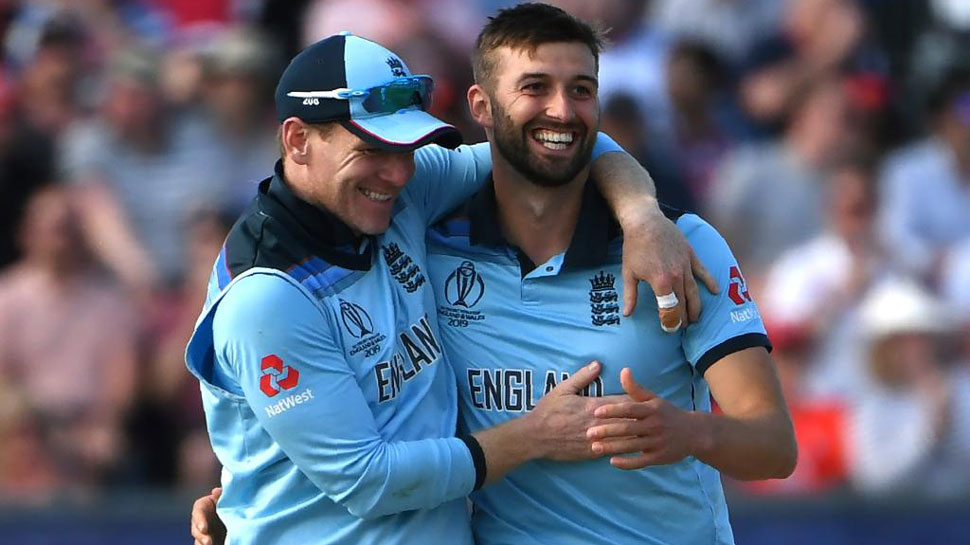 New Zealand lost 3 matches in the group stage and was likely to be beatable in the semis but they proved it wrong by winning over the team that topped the table this season. For the second consecutive time, the NZs have reached the cricket world cup finals and this time they look confident enough to clinch the title.

By beating India in a thriller, would have given them the confidence that is needed to defeat England. England looks strong enough with batting in the 2019 Cricket world cup with Roy, Bairstow, JE Root, Stokes, Morgan, and Buttler all in their best forms and therefore chasing a target might be favorable for England this Sunday.

It is for sure that a new name will be added in the list of World Cup winners this Sunday. Will it be the 3rd consecutive time that the host nation wins the Cricket World Cup? Considering the teams’ performances so far, chances are high for England to lift the trophy this season.

New Zealand and England have played against each other for a total of 90 times at the ODI so far. Their meetings at World cup has been recorded 9 times. The results of the ODI and the World Cup have been shared separately below. Check it out.

New Zealand managed to reach the World Cup finals for the first time last season in 2015 which resulted in an Australia win. England has reached the finals thrice but was not able to seal a win on any occasion. Check out the table to know the years in which the teams qualified for the finals.

The previous 5 meetings between England and New Zealand have been shared in the table below. Check when and where they met before.