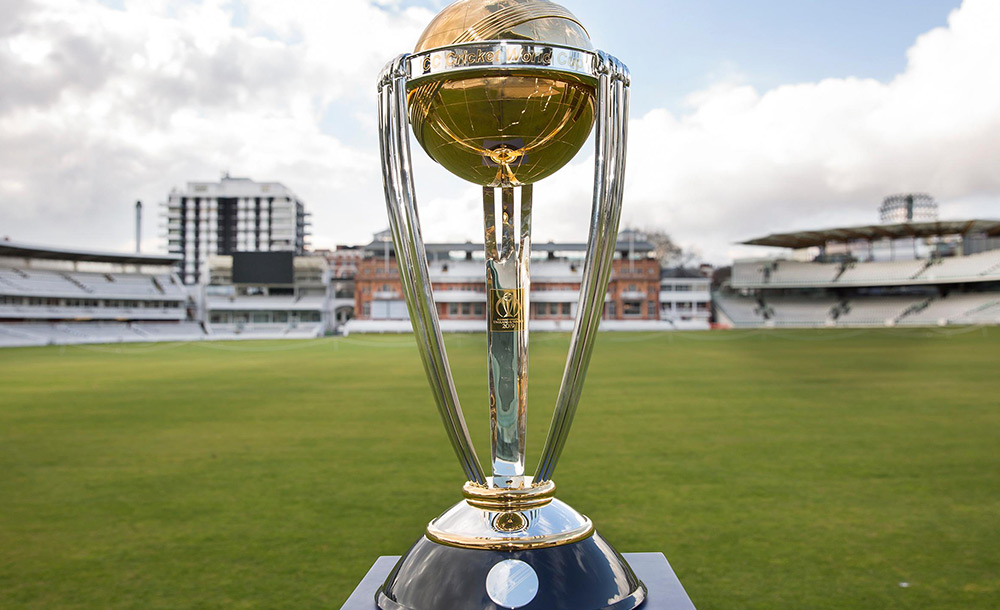 A quick review of the so far played matches in the 2019 World Cup tournament! With 10 more ODI rounds left in the season, to predict which teams might end up in the final four is not that easy. We have considered each team’s strategy that they have been following so far to predict the top 4 teams that might qualify for the semifinals.

Before heading into the prediction, some teams have played 8 matches so far, while some have played just 7. Each team has faced at least one loss so far and the team to have faced very less loss is Australia and India, 1 loss each to India and England respectively. Read on to know Bettingpremier’s prediction of the top 4 teams.

The World Cup Matches will be available live on one of the most popular betting sites bet365. All you need to do is become a member of the site with a minimum deposit and watch the upcoming World Cup matches live.

Apart from the online sites, the matches will be shown on many TV Channels and we have covered some of the TV channel coverage along with the location at which the channel will be available in the table below. Check it out.

The 2019 ICC Cricket World Cup is the 12th edition of the tournament and is in full swing with the best cricket stars on the field fighting for the trophy in England and Wales. The expected teams to be in the top four includes the hosts England, along with Australia and India. Who will be the 4th qualifying team? Check out the team’s outright winning odds via bet365, as of 1 July, 7:00 am.

Which Teams will Reach the Semifinals?

A total of 10 countries are fighting for the 2019 Cricket World Cup trophy.  The tournament began with England’s victory over South Africa on May 30 and will end on July 14 with the final at Lord’s. Each team will play each other for 50 overs and at the end, the top 4 teams will enter the semifinals.

The 5-time champion team Australia is the reigning champions of the ICC World Cup which they won by winning over New Zealand by 7 wickets. Currently, Australia stands first in the 2019 ICC World Cup table with 14 points, having lost just 1 match to India.

It was India’s first match of the tournament during which India batted first and scored 352 runs. The target of the match was set as 353 but Australia was able to score 316 at the end of the 50th over. India won the match by 36 runs and sealed their first win.

So far, Australian matches have not experienced the spells of rain and therefore no match has been drawn. It has either been 2 points or 0. Australia has already qualified for the semis and will be playing their final qualifier match against South Africa on Saturday, 6 July.

India is in its best form this season, having won two back-to-back matches against South Africa and Australia at the beginning of the tournament. Due to heavy rain, their next match against New Zealand was abandoned without a ball bowled and a single point was awarded to both the teams.

Their following match was a big match against their longtime rival Pakistan, which is said to have above 1 billion viewers all around the world. Pakistan won the toss and decided to bowl first. Rohit Sharma scored a solid 140 runs for the team and was crowned ‘Man of the Match’.

India played all the 50 overs with 5 wickets and set a target of 365. Due to rain, the DLS method was implemented that reduced the target for Pakistan to 302 for 40 overs. Pakistan lost 6 wickets within 40 overs and was able to score 212 at the end of the match, which resulted in India’s victory.

Since then, India was on a 3 game winning streak but faced their recent defeat to England. England chose to bat first and the target set was 338. India was able to chase up to 306 but eventually, England won by 31 runs. India has 2 more matches to be played against Bangladesh and Sri Lanka.

Another team is expected to make to the final four, is New Zealand. New Zealand had a perfect start to the season by winning three consecutive matches. Their winning streak came to an end when their following match against India, which was abandoned without bowling a ball due to a natural mishap – rain.

Somehow, New Zealand managed to catch hold of their winning streak by winning two back-to-back matches against South Africa and West Indies but faced their first loss of the season to Pakistan. New Zealand won the toss and chose to bat.

They were able to set a target 238, which was outnumbered by Pakistan who scored 241 at the end of the match. Followed by this loss, New Zealand played against Australia which also resulted in a defeat. Australia won the toss and chose to bat and scored 243, losing 8 wickets.

New Zealand had high hopes to turn the match in their favor but continuous fall of wickets led to a score of 157 at 43.4 over. They failed to win the match eventually resulting in 2 loses so far. They have only 1 match left which will be against England.

The hosting team England is on a transitional phase who has lost 3 matches so far in the tournament. The opening match for England was against South Africa, which was won by England with a staggering 104 runs. 312 was the target set by England but South Africa was able to score just 207 runs.

Their very next game was a defeat against Pakistan as they failed to chase the target set by Pakistan at the 50th over. Followed by this loss, England picked up a 3 game winning streak, which came to an end with 2 consecutive losses to Sri Lanka and Australia respectively.

Sri Lanka was able to take all 10 wickets at the 47th over, with England yet to score 20 runs to win the match. England won the toss against Australia and decided to bowl and Australia set a target of 286. Australia was able to take 4 wickets in the first 25 overs, which dropped the winning chances of England.

At the 44.4 over, England lost all the wickets and was able to score just 221 therefore, losing the match. England played its recent match against India and was able to claim a win by 31 runs. They have just one match left in the tournament which will be against New Zealand.

Who do you think will make to the final four? Is your prediction different from our prediction? Let us know in the comments below.

A total of 38 matches have been played and the upcoming matches schedule has been tabled below along with the stadium at which the match will be featured. Check it out. 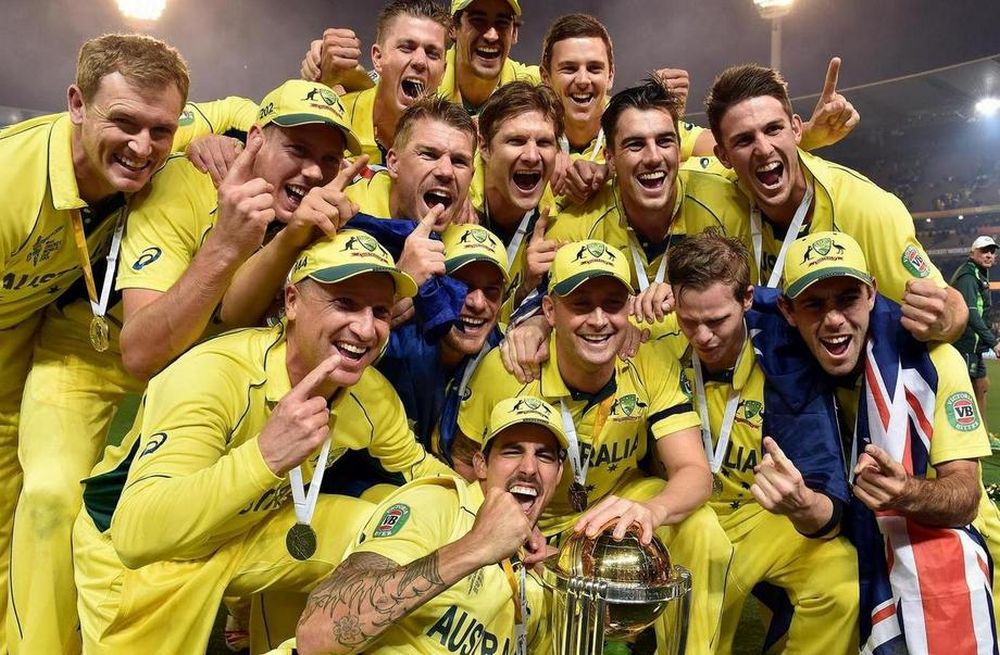 Australia lifted their 5th ICC World Cup Trophy in 2015 by defeating New Zealand at the Finals.

The 2015 World Cup was the 11th edition of the tournament that was hosted by New Zealand and Australia. A total of 14 teams participated in the tournament and team India was the defending champion, who won their second World Cup title in 2015 since their 1983 title.

In 2015, India reached semifinals and was scheduled to play against Australia. Australia won the semifinals and advanced to the finals to battle against New Zealand. The 2015 World Cup final was won by Australia, which was their 5th title since 1987. They defeated New Zealand by 7 wickets at the finals.

Who are the Previous World Cup Winners?

The ICC World Cup title has been won by 5 teams and the most successful team, is Australia with 5 titles to their name. The hosts England have never won the World Cup, even though they were able to reach 3 finals. Find the past champions of the World Cup below.