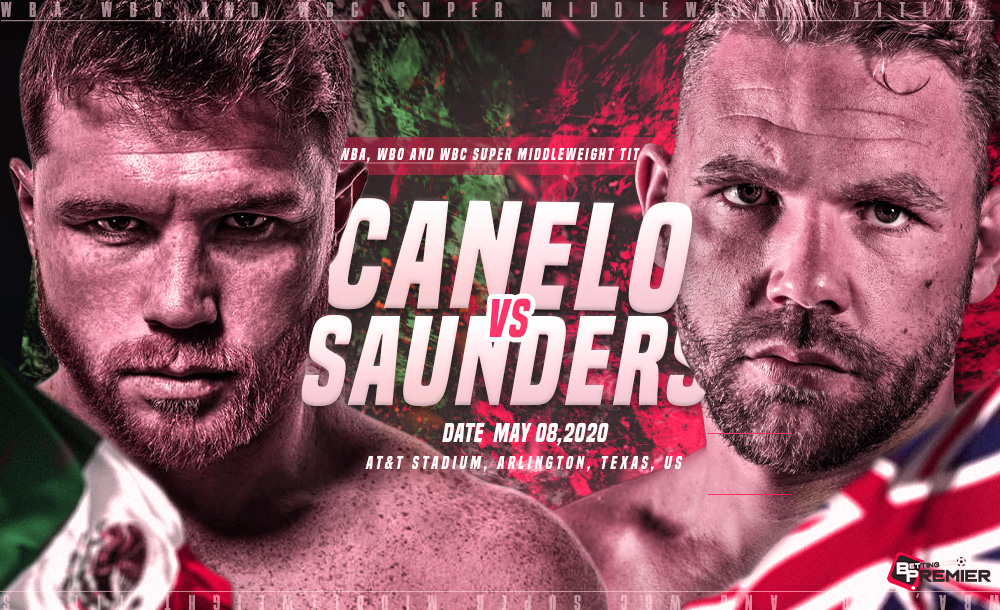 Following a quick ambush of Avni Yildirim at the Hard Rock Stadium, Saul Canelo Alvarez puts all his straps on the line against the WBO champion Billy Joe Saunders on May 8. The Mexican currently holds the WBA, WBC and the ring magazine super-middleweight titles. The bout is about to unfold at the AT&T Stadium in Arlington, Texas.

Initially planned to take place in May 2020, the perspective on the bout has evolved through the months. Amid a little bit of ongoing drama with DAZN, Canelo Alvarez has proved that he doesn’t’ pay heed to anything which happens outside the ring through a recent unveiling. It seems his loving brother was kidnapped in Mexico before the Rocky Fielding bout in 2018 but the Mexican won both in the ring and negotiation.

A crowd of 70,000 will be allowed on May 8, an enormous count in light of this pandemic era, the bout might create a record for the percentage of attendance if all the tickets were sold.

When is the Canelo Alvarez vs Billy Joe Saunders fight?

How to watch the Canelo Alvarez vs Billy Joe Saunders bout?

DAZN has monopolized the broadcast of Canelo Alvarez vs Billy Joe Saunders, the platform is available to audience across 200 countries. For mobile viewers, DAZN app livestreams the event in subscription basis.

Sky Sports is the official broadcasting partner, it streams the event in Sky Sports Box office app and channel on a pay-per-view basis in the UK and Ireland.

The fans of Canelo Alvarez from Mexico can view the fight at TV Azteca.

Nothing in this world is obsolete. A few years ago, Canelo was called as the risk-averse gentleman in boxing who would only challenge lower cadre fighters in his division. Pandemic transformed the lives of everyone, some for the better and some for the worse. Alvarez’ life was great before but since last year, the trajectory has become that of a rocket. The Mexican has given an open statement of his desires in the boxing world, he will compete in four bouts each year from now on. In a battle with time, one of the scientists in the sweet science, Alvarez is focusing all his energy. Is it too much? To put it one way, it is in the eyes of the beholder.

Coming from a family which idolizes boxing, Canelo Alvarez has everything to lose, the stakes are high. But winning this will open more doors than losing will close. Speaking proudly of himself is Caleb Plant, craving to step into the ring against Alvarez, the restless father who lost her daughter. A super-fight against Errol Spencer Jr. is around the corner, the Mexican hasn’t refused to any of these. As for the technical side of things, Alvarez is as fresh as when he finished Amir Khan through a knockout in the sixth round. He doesn’t throw in a volley of punches but when he throws, it strikes like thunder, floats as far to his opponent’s nightmares. Never have the boxing world seen as much as a dedicated boxer with the zeal to conquer.

Last December, Canelo finished Callum Smith smoothly via unanimous decision. In the rematch with Gennady Golovkin, Alvarez lasted till the 12th round, the same as the first time, only turning the result in his favour. Floyd Mayweather Jr. remains the sole boxer to box out the Mexican, probably the lowest point in Canelo’s impeccable career.

Billy Joe Saunders, Britain based Southpaw boxer, has a clean record (30-0) with 14 knockout victories. Former Olympian, Saunders enthrals the audience through his speed. His jabs are consistent than precise. While his knockout power can’t be overlooked, his recent contest with Martin Murray raises doubts. The Briton is incredible but Alvarez is on a whole new level. Stamina is a pressing concern too, Alvarez is a horse, Saunders will have up his training regimen.

Under the tutelage of Eddie Reynoso, the Mexican have mastered each way of ending a bout. The possibilities are endless but Alvarez hears the judges for the results in recent times. A unanimous decision win is the most likely outcome for Canelo Alvarez.

After defending the WBO Junior flyweight title six months ago, Elwin Soto is returning to the ring on Sunday. The Mexican will take on Japanese boxer Katsunari Takayama, who was a WBO minimum weight Champion. By adding weight, he plans to combat in the next category, Light flyweight.

Elwin ‘La Pulga’ Soto (18-1) has a record of 12 knockouts, he recently outclassed Carlos Buitrago through a 12-round unanimous decision. Soto is a quick finisher, he has crushed five of his opponents early in the 1st-round. The 24-year old has a fist power with no equivalents in the low weight categories. During his early career, La Pulga has completed three of his opponents before 40 seconds. His only loss happened against Danny Andujo.

Katsunari ‘Lightning kid’ Takayama is a veteran boxer, but the 32-8 record is misleading. After three repeated losses, the 37 years-old has won the IBF title in March 2013. After being doomed two times, Takayama can hold his IBF and WBO minimum-weight championship belt now. The Lightning kid completed most of his matches via decision. It is literally ‘power vs endurance’, where power has more likelihood to win.

Kieron ‘Too Class’ Conway puts his WBA Intercontinental belt on line against Frenchman Souleymane Cissokho. Cissokho’s unbeaten record 12-0 is impressive, but Conway’s (16-1-1) single loss also doesn’t matter. Conway once challenged for the British super welterweight title against Ted Cheeseman, but it was a draw. Later, he took over Navid Mansouri to win his WBA belt. After defending it once, he is facing a better equivalent on Sunday. Cissokho was a French super-welterweight Champion, then this is his career’s crucial match, as he challenges for the world title. Conway will not tire out soon, in case Cissokho didn’t find a way to knockout Conway early, Too Class will win via decision.